You Better Shred For Your Life If You Can, Little Girl 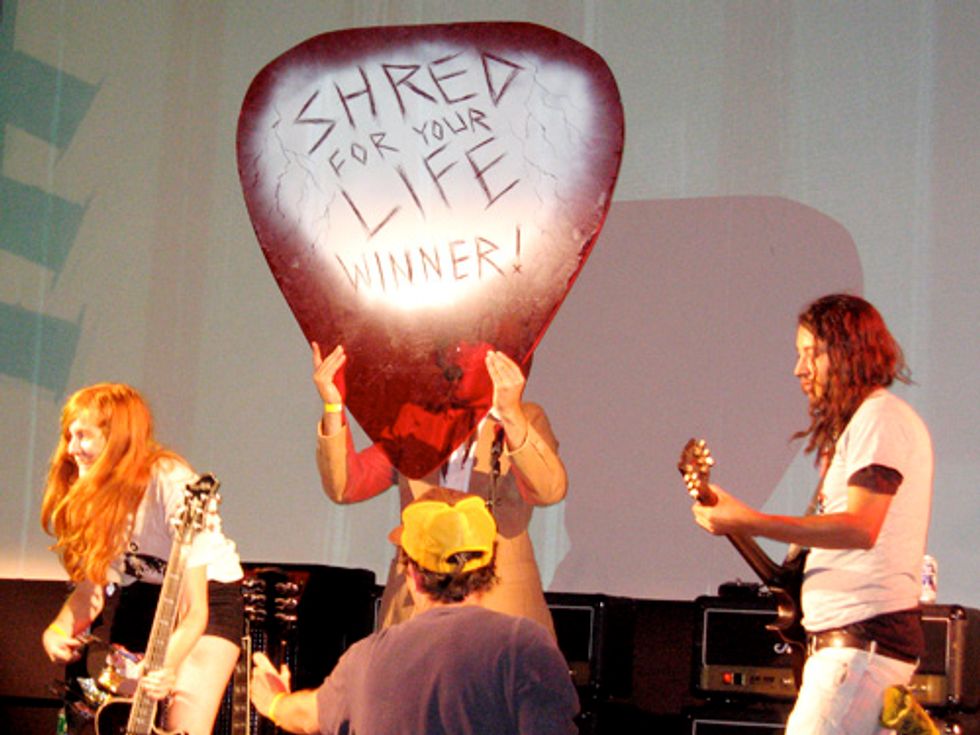 Calling all guitar shredders! And fans of guitar shredders! Head to Webster Hall tomorrow night (April 17th) and catch what is always a really sweaty and amazing time: Marc Razo's  Shred for Your Life Guitar Battle. What began as a scruffy little venture at Max Fish in 2005, that then moved to Santos Party House in 2008 (while making a pit-stop in Los Angeles for PAPER's L.A. Project in 2007) is moving to the big leagues this year -- the Grand Ballroom at Webster Hall. The judges for the sixth annual event are equally big league: Andrew W.K., Justin Theroux, Jaleel Bunton, David Cross, Nick Zinner and Ray Barbee -- among others. Tickets are $10 and available here!

Above: The winner of 2007's Guitar Battle, the then 16-year-old Alex Niemetz, photographed by Carol Lee. 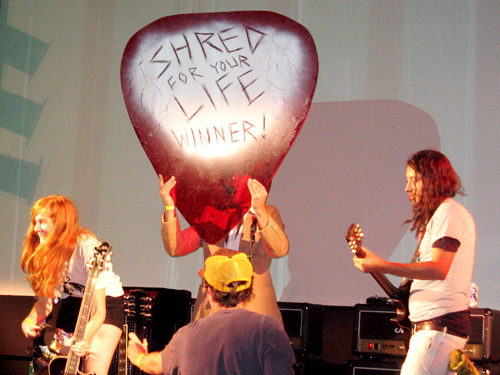