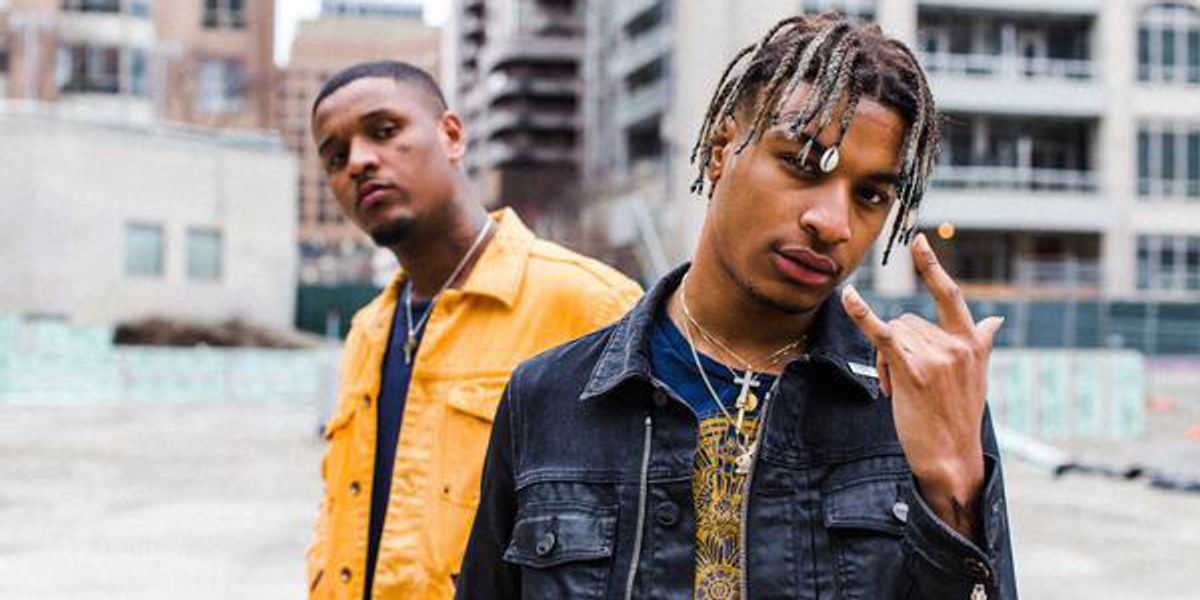 You Best Believe CMDWN Are Coming Up

If you've always dreamed of a NAV-cum-Lil Uzi Vert-cum-SAFE vision, CMDWN are here to satisfy all your needs. The sound of the Toronto dream duo, comprised of rapper Castro Guapo and vocalist Fiji, bridges almost every genre. On each track expect a melting pot of hip hop, and pop/RnB with a sprinkle of synth-y electronic — every one a surefire banger in its own right. It's an exciting amalgam coming from an exciting place at a truly exciting time for hip hop, and believe me CMDWN is a group it's time to get excited about. We caught up with Fiji and Guapo ahead of their new release Atlanada 2, to talk linking with the most coveted artists in music and surviving and thriving in a hip hop capital (and don't forget their two piping hot tracks, premiering below).

Tell me a little bit about you guys met and CMDWN was formed.

CMDWN was originally formed back in 2014, and we all met each other on Queen and Spadina at a closing party for a store.From there, we started building a bond and eventually started throwing parties around the city, and built up a small following through that. It wasn't until one day that our boy Derek Wise(XO) invited us to the studio and we recorded "We Are Not." We haven't looked back since.

Toronto hip hop has been popping for a minute now, what's it like coming up in a city that's become a musical mecca? Does it feel competitive or is there a lot of support?

It's a great feeling being apart of this new movement that's been bubbling the past couple years. Seeing a lot of the people we came up with now starting to get shine, it's extremely motivating. We get mad support from other artists that are coming up in the city right now, but at the same time there's a level of competitiveness that's there as well. Competition will always have a role in hip hop, but we try to compete with what we did previously and try to top it, rather than compete with what our peers are doing.

You're already working with a range of impressive artists, how did those links happen? Who else would you love to collaborate with?

All the collaborations we've done so far have been organic. Both Yachty and Nessly we've met in person and kicked it with before any music was made. We also have collabs with KILLY who's on a crazy come up right now and a couple other big names on the horizon that we're pretty excited about. In the future there's a bunch of artists we would love to collaborate with. There's probably too many to name right now but guys like Smokepurrp, Ski Mask and Famous Dex would be dope collabs.

Can you give us a hint as to any full-length projects on the horizon?

Right now, everything we're doing is gearing up for Atlanada 2, which we hope to drop sometime next Spring. The whole theme of the project is mixing the Toronto and Atlanta sound which is very unique coming out of Canada. If you listen to our first project Atlanada we feel that we captured that perfectly. Atlanada 2 is going to be an evolution of the first tape and its going to show our progression musically. So look out for that and some fire visuals to go along with it.

Listen to "The Way She Moves" featuring Lil Yachty and "Die In Supreme" below.