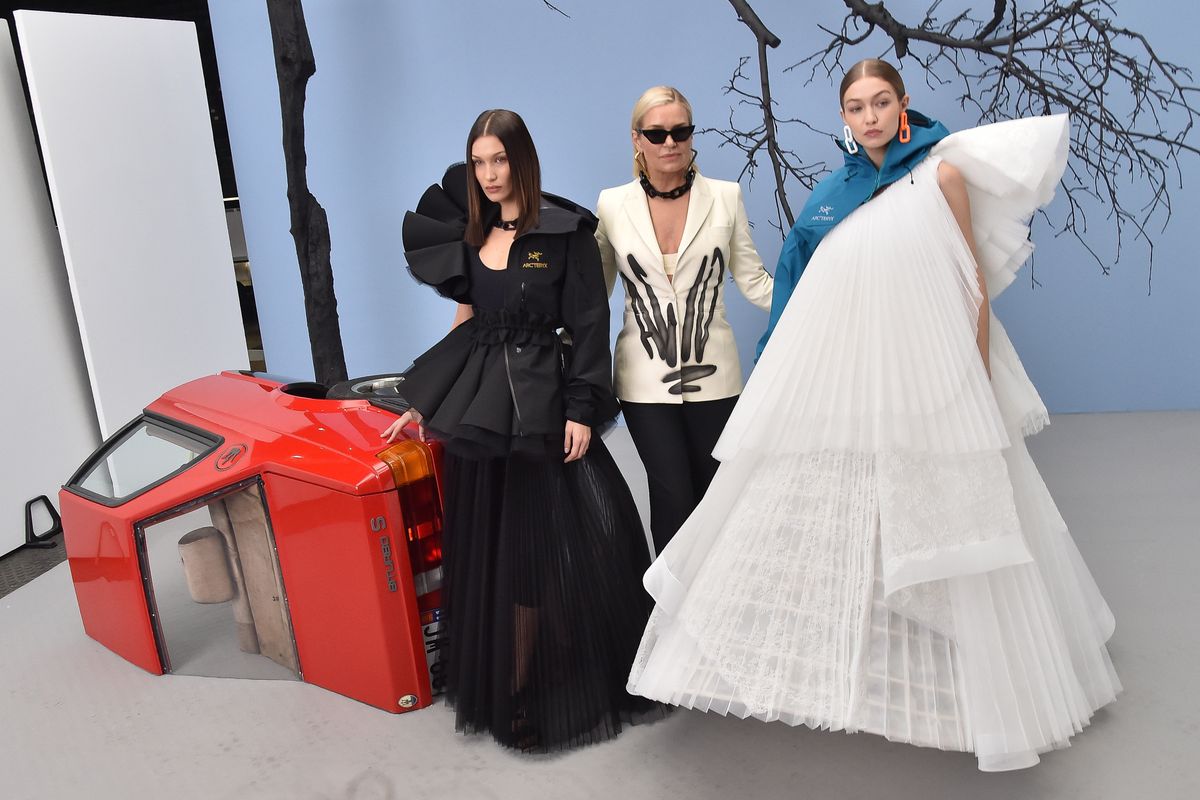 Yolanda Hadid is used to seeing her daughters slay the runway at fashion week, but this time the spotlight was on her as she walked for designer Virgil Abloh's Off-White show in Paris today.

The momager surprised everyone when she took her lap in a white tailored blazer, black trousers and sky-high heels. Her supermodel daughters appeared shortly after, with Gigi in a large trapeze-shaped pleated dress and Bella in an all-black ruffled tulle number. (Both looks were designed in collaboration with outdoor label Arc'teryx.)

Yolanda, a supportive queen, has been busy this fashion month watching her daughters from the front row in all four fashion capitals. (A small sampling of the shows she's been at have been Lanvin, Missoni and Burberry.) Her walk was not half bad either.

The set featured various automobiles sewn in half, with tons of confetti covering them at the show's finale. According to Abloh, they had to switch venues because "a bunch of dresses couldn't fit thru the doorway of the first venue." He also changed the name of the show to "Slightly Off" at the last minute. (He originally planned to call it "Spin Cycle.")

See below for more photos from Off-White Fall/Winter 2020.