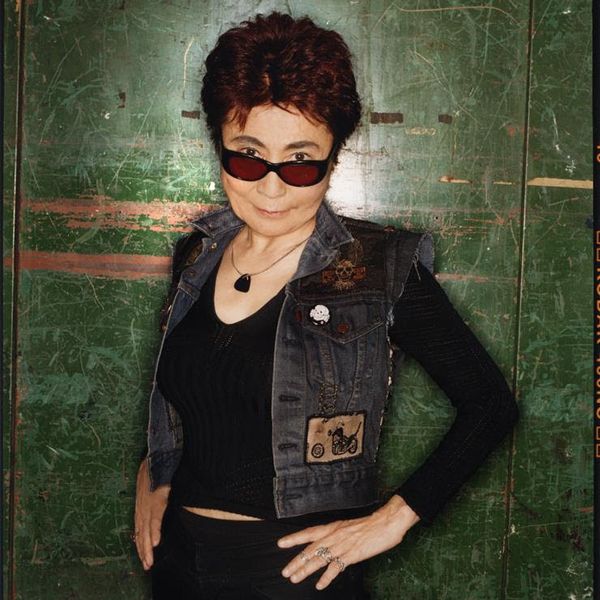 Yoko Ono Wants Us All to Love Ourselves

The legendary artist premieres her re-imagined classic, "I Love All of Me."

Yoko Ono is prepping the release of her upcoming album Warzone, out October 19, which re-imagines personal-as-political classics from her extensive body of work for today's tumultuous times.

The legendary rock icon has already unveiled the album's title track and "Why," and now, "I Love All of Me." All versions of these tracks are stripped down to their rawest essentials, rendering them even more starkly powerful. "I Love All of Me" is no different in that regard; the lyrics focus on loving what makes us all different, as Ono embodies multiple identities across race, gender expression, orientation, and ability.

Though she sings "I love all of me" with each return of the refrain, Ono is making an urgent call for us to dig deep and find ways to love each other. The bridge, which takes on the religious hysteria of the alt-right by utilizing a cross-burning metaphor, encourages us therefore, not to "burn each other," but the crosses instead. Ono wants us to lay our burdens down and embrace our common humanity.

PAPER premieres the gorgeous reconstruction of "I Love All of Me," below. Read on, also as Ono tells us about the track's message.

It's obvious that much of this album is a response to our current social and political climate. You've always been in touch with the times. When coming up with this album, what made you decide to reach into your archives to make these songs new?

Because I could write the new songs [if I wanted to], but these are very important messages, so I just wanted to throw away my vanity and put out a real story that is important now.

What was your process in selecting the songs that would ultimately this album?

If you listen to each one of them, you will see where it's going. I didn't check all the songs, but I knew they were very important, and also very simple to understand in this social climate.

The lyrics and overall message of "I Love All of Me" is (and has always been) radically inclusive. What do you hope listeners gain from your revision of the track?

You see that when you listen to the song to the end, it's not about me, it's about everybody in the world.

In your mind, who do you believe "I Love All of Me" is for? Who isn't it for?

[This song is for] all of us, in the world. We have to learn to love ourselves.