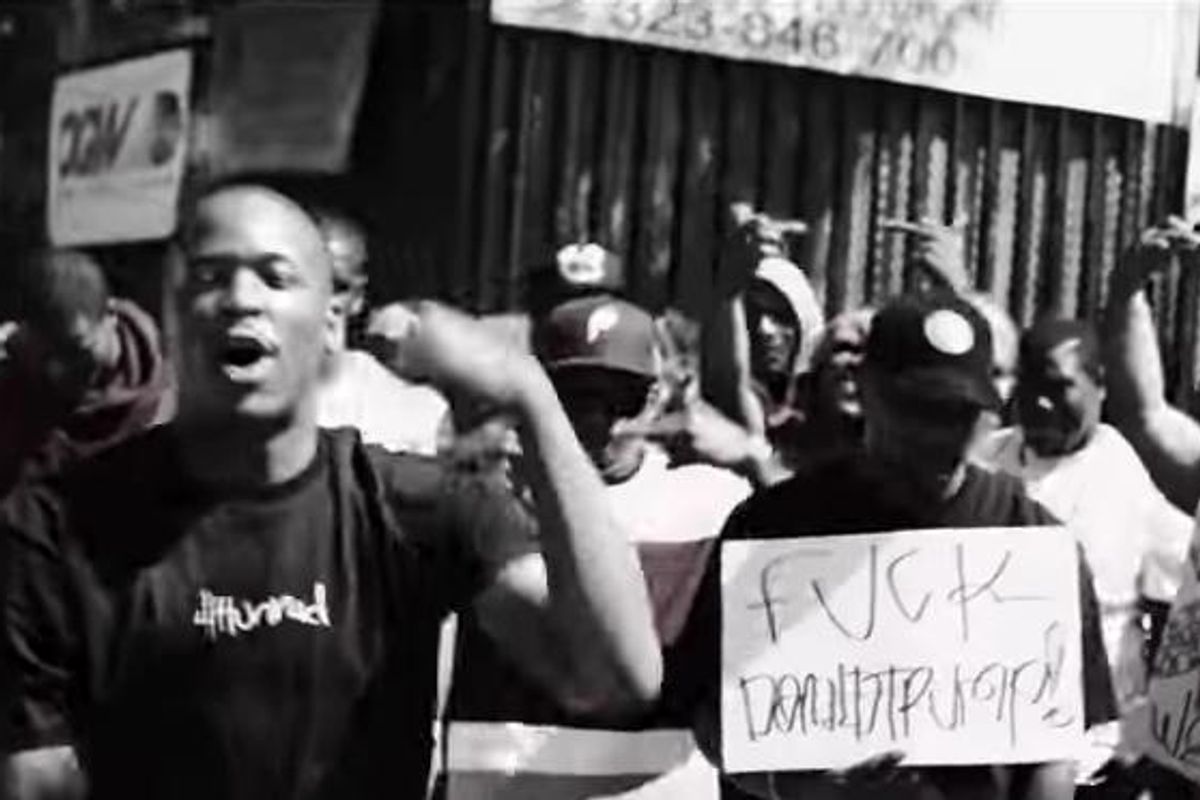 When YG and Nispey Hussle first tried to film a video for their Donald-Trump-dissing single "FDT," the LAPD shut them down. But now, the full-length is ready, and it offers just as great a kiss off to Trump as the track itself, with YG and Nipsey Hussle surrounded by people wearing shirts, carrying signs, and shouting the same impactful statement: Fuck Donald Trump.

Turns out a lot of people have a lot of feelings they want to express about the Republican presidential candidate, feelings which can best be summed up as "Fuck Donald Trump." When YG joined DJ Mustard on stage at Coachella this weekend, his performance of "FDT" was met with the whole crowd enthusiastically echoing the chorus. You can catch their video below, as well as a video of their Coachella performance below.