YESTERDAY WAS AN ARTY TREAT 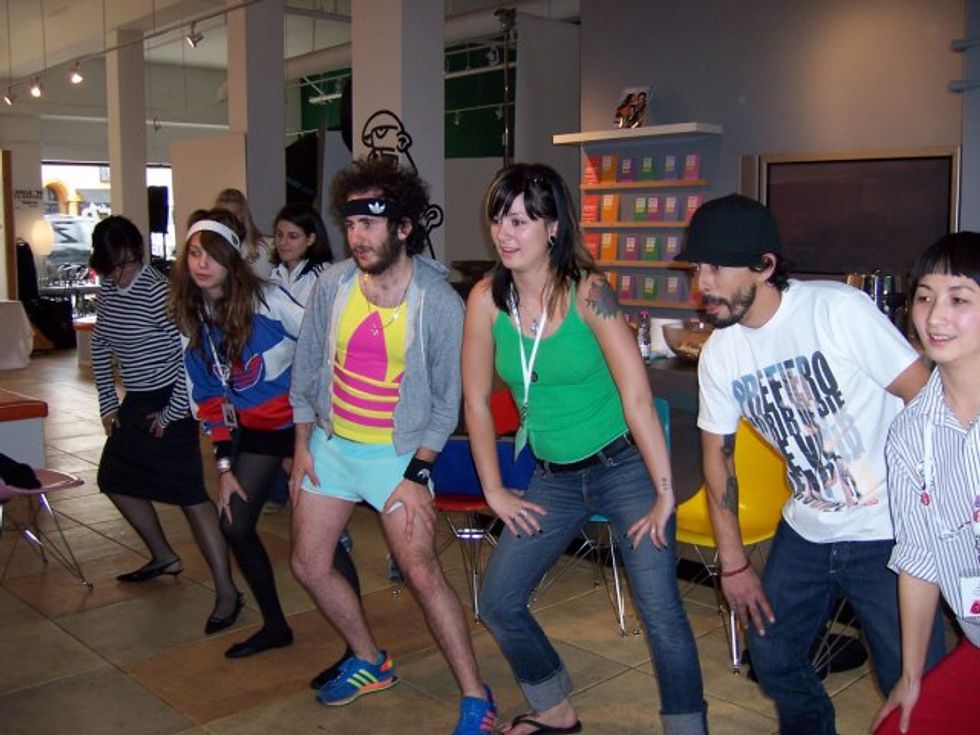 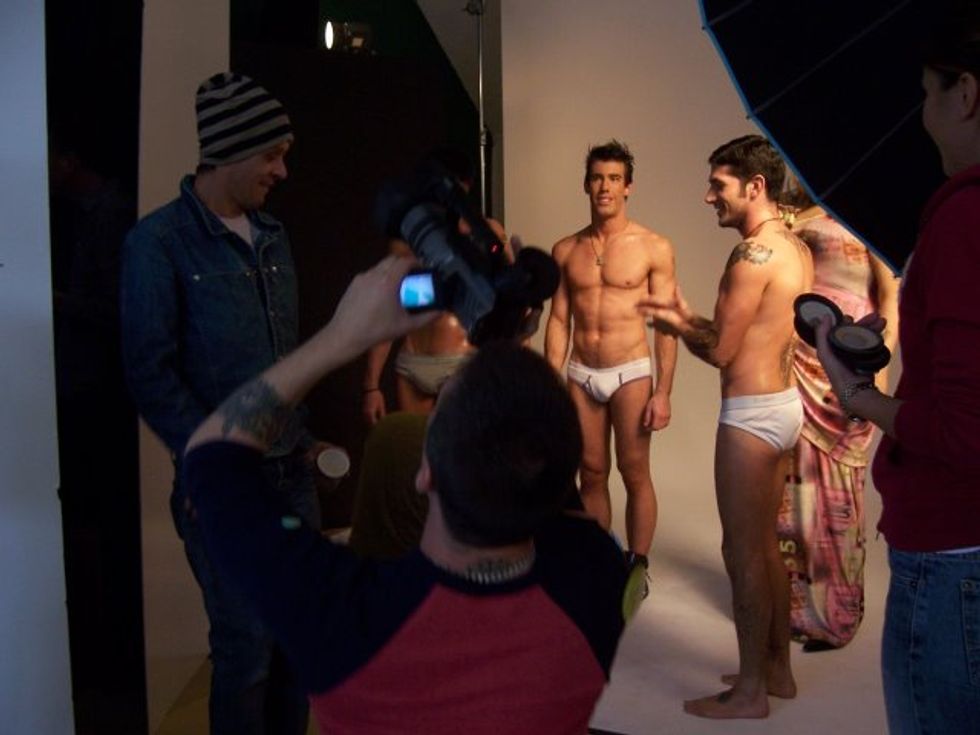 So  once again I woke up at six a.m. and am still so wired from this amazing, special, awesome, inspiring and unique project we are doing here in LA. Last night as I was sitting watching three of the most lovely girls called the CHAPIN SISTERS sing their hearts out in our space with Peter Buchanan Smith, our amazing creative director...Peter and I looked at each other and Peter says, "Kim, how do you describe what this is to people when they ask what you are doing here?" He then went on to tell me he was trying to describe it to his wife and it was impossible. I agree. It's really hard to describe what we are doing here. It is so inspiring, and exploding with creativity and energy and unique creative visions and talented people and generous people and people coming in who are SO grateful to have the inspiration that we are putting out. It's amazing. Yesterday started out with the hilarious CobraSnake dressed to the nines teaching aerobics (check the RETARDED photo out here!!) to his sixteen year old interns who clearly worship him. As that finished, a group of hot gay porn stars came in and dropped their pants to pose for one of the tribes all the while, one of our curators Sarah Cohen was having a huge painting installed on the curated wall. Then, of course, came a delivery of 130 more cases of Amstel beer. As the day went on, and the tribes came and went, we met so many great people who stopped by to check out what we were doing. The best was our last tribe of the day, four gorgeous black socialites organized by one of our fun contributers Phalana Tiller (Mrs Forrest Whitaker, Mrs. Samuel Jackson, Mrs. Magic Johnson, Mrs Stevie Wonder). They were all gorgeous. As we finished photographing them, Ann Magnuson came in for her sound check, followed by the three young very cute girls from the Chapin Sisters...(lilly, abigail and jessica) with their brother Jonathan Craven (yup as in Wes' son).
Then came the lady with gallons of goat milk ice cream to pass out to everyone..Ann performed a fabulous set with her band from her upcoming new CD. She looked and sounded great for sure. And then came the three girls who totally blew my socks off. I'm in love with the Chapin Sisters!!!! They are SO talented. Their voices are beautiful and they perform sort of folk-y versions of pop and rock hits in the most beautiful way. They are DEFINITELY future stars and I can't wait to have them perform for us at one of our New York Parties. PLUS they LOVE PAPER!!!! So they are our type of girls....

As I write we are getting ready for another day of madness. My mind right now is on our first tribe which is going to be those crazy Hollywood cartoon characters that walk up and down Hollywood Boulevard. Goofy, the witch from Narnia, Spiderman and a few others are coming to be photographed this morning for the Tribes of LA piece we are doing for the next ish.

Plus later today Mister Cartoon is doing a little fashion presentation which I can't wait to see!!! Plus Jeremy Scott is coming by to show a video he made especially for our project. And Carlo McCormick is doing his second in a series of art panels this afternoon which will be amazing as Cartoon, Jeff Burton, Shephard Fairey and lots more fascinating folks will be on it.

And tonite. OY. It's the sabbath and our friend Cobrasnake is DJ-ing with his GRANDFATHER! We'll have our old East Coast Friend Audrey Bernstein sing with her jazz band followed by the fun Russell Steinberg who has the variety schtick group called Johnny Fayva. To top off our Heeb night, we can't wait to hear that new HIP HOP HEEB sensation CHUTZPAH perform at our space.

What a day it's gonna be. You'll hear from me tomorrow!