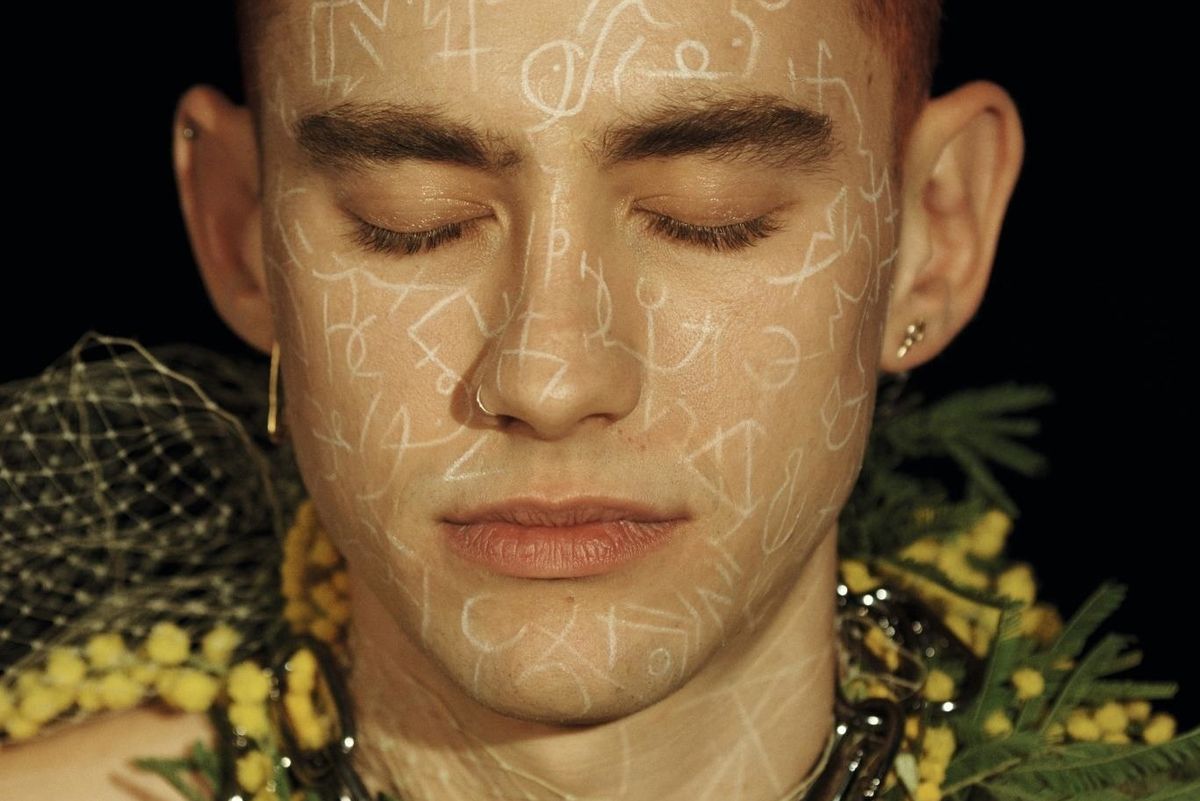 Following the release of their sophomore album Palo Santo, Years & Years have released a short companion film of the same name. Sharing the same title and themes as the LP according to the band's lead vocalist Olly Alexander, the film is the culmination of a variety of different inspirations.

The Blade Runner/Fifth Element world of the film centers on a society of androids that search for humans to provide them with entertainment in a sort of reverse-Westworld twist. Alexander is a dancer who scouted (possibly kidnapped) by an android, played by Vithaya Pansringarm, and is brought to be a performer for android audiences. Night-after-night Alexander performs in a futuristic vaudeville show growing increasingly jaded as crush on another dancer fizzles out. The disembodied voice of Judi Dench looms overhead throughout the film, always lurking with the threat of a new update.

The film is filled with bright primary colors, sleek outfits, and seductive faces sucking the viewer in deeper into the world of Palo Santo. Alexander along with collaborator Fred Rowson weave together themes of humanity, sexuality, and the demands we place on the performer to create a companion piece that enhances the music from the album, not just compliments it.