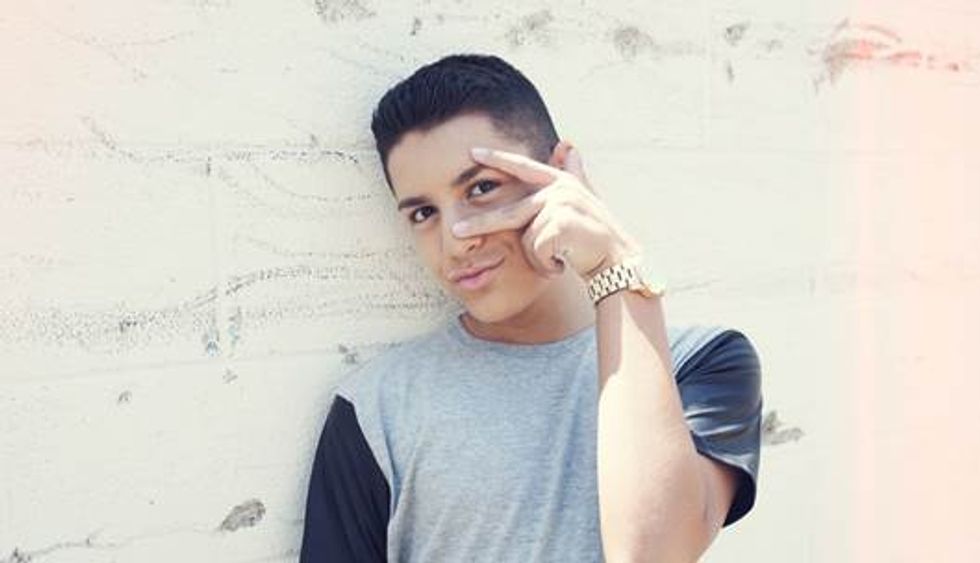 by Sam Stecklow
PAPERMAG
The upcoming generation of teens is full of kids who are stars to each other, but inhabit practically a different social universe from adults. They're building their own social media followings on Instagram, Snapchat, Twitter, you name it -- but to what end? For the olds among us: who are these teens, and how can we be as cool as them? Get to know the most fascinating teens on the internet in our feature, Yasss Teen.
It feels like I've known about Lohanthony forever, since his videos and images were so widely circulated (especially on Tumblr, which was my first internet home). Since bursting onto the viral internet with his nine-second magnum opus, "CALLING ALL THE BASIC BITCHES," Lohanthony has had an excitable, ubiquitous presence. Last year, Rich Juzwiak called him the "Littlest Big Diva" in New York.
Since then, Lohanthony has branched out from YouTube videos. He's appeared with the stars of Oxygen's Prancing Elites, has a movie on the way, and just released his first compilation album, titled Landscapes. We spoke to Lohanthony about his career and what it's like to have Kate Moss and Marc Jacobs make a tribute video to you.
Can you tell me a little bit about the process that went into choosing the songs on this album?
For this compilation, I basically just took thirty songs that I'm currently obsessed with to the manager of the compilation, and just sat around waiting for the review. Is this song gonna make it, will it be cut. But thankfully, all my favorite tracks got on the compilation, so that's great. I have such a huge obsession with music because I have access to so much, thanks to Spotify and Tumblr and websites that stream music. I find so many new songs and artists every single day thanks to those music streaming websites. I had so many current favorite songs that I was looking to share already, so I just gathered a bunch of them and put them in a compilation.
I was listening to it earlier, a lot of it is very pleasant fun electro-pop, and it kind of follows that motif. Is that just how your favorite music was when you were making that compilation, or was it a specific sound you were going for?
I guess all the songs kind of personally spoke to me. I love house/electronic music, and you can definitely tell listening to this compilation.
This is one of a few things that you've been doing lately in your career - performing with the Prancing Elites, and you announced that you had a movie role earlier this year in a video. Is this you moving more into working in the entertainment industry?
Oh yes, I am trying to make my way in the traditional entertainment industry as much as I can. Just letting everyone know that Anthony's taking over and Anthony's here. The movie is called Miss Stevens. Some information on that website is false, but what is true is that I star in it, and that Lily Rabe and Lili Reinhart and TimothÃ©e Chalamet star in it as well.
Can you tell me a little bit about how that came to be?
The writer of the movie reached out to me and was like, "I just know that you are perfect for this role. I have been looking for someone to play this role for so long. I came across you and your videos recently and thought, 'This is it. He is the one,'" and I have to agree with her. The role fits me so well, and I was just so grateful to have a writer be so supportive and so truly sure that the role was meant for me.
There's a lot of instances of really, really famous people like Marc Jacobs, are reaching out to you publicly over social media, and in his case doing your basic bitch leg video. How was seeing Marc Jacobs and Kate Moss liking your work so much and reaching out to you and doing their own version of it?
It's just all so surreal to me. Never did I ever think that uploading a video would get me in the eyes of all these influential and amazing people. I look up to so many people who have seen my videos and actually like them. I don't know how, but it's just absolutely crazy, and it only pushes me harder. I gotta give my love to anyone who supports me, no matter how big their status is in the world.

This ones for you @lohanthony it was Kate's idea!