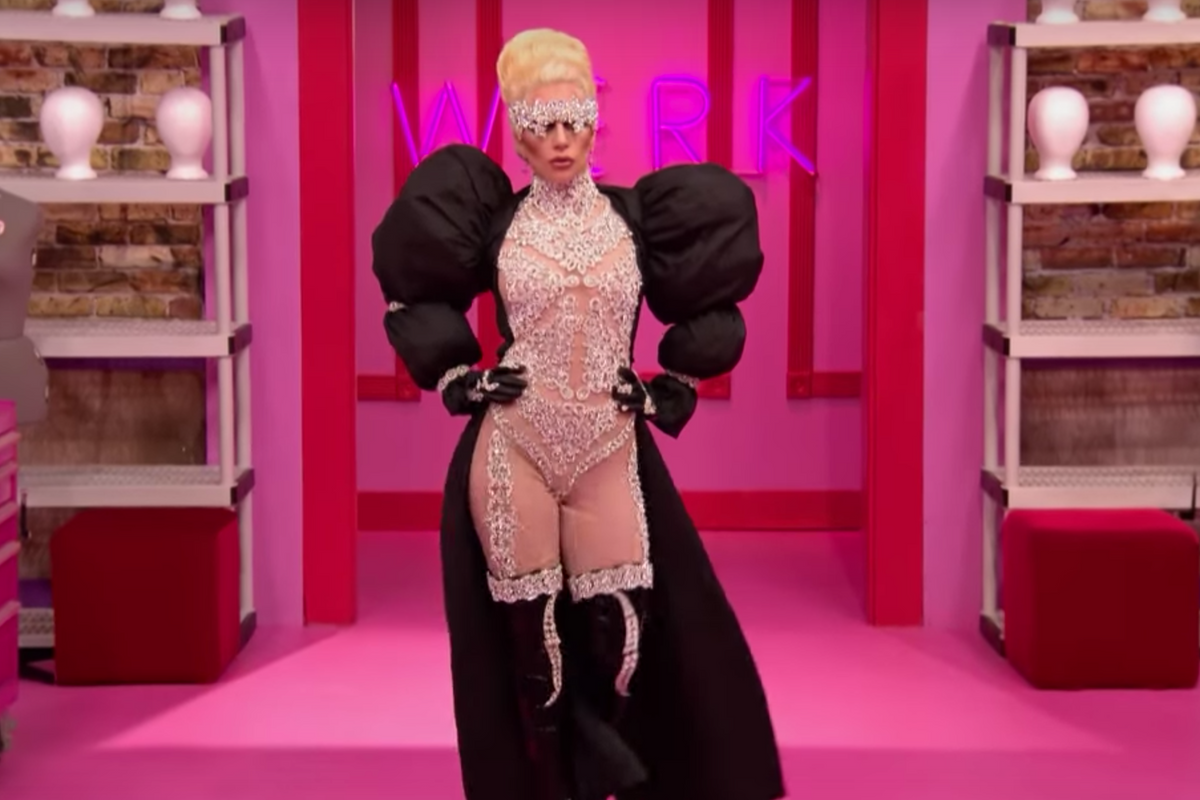 They've been teasing it for weeks. Gaga even preceded her appearance on the premiere of season 9 of RuPaul's Drag Race (now on VH1) by featuring Drag Race alums Shangela, Deox, Courtney Act, Shannell, Willam, and Morgan McMichaels in the lyric video for "Applause." And now we finally get to see Mother Monster and Mama Ru in the same Werk Room together.

Her appearance on set was met with confusion and tears. As she strode into the room, contestant Charlie Hides told the candid camera "That's a damn good Lady Gaga impersonator." When it became clear that it was Gaga herself, the queens broke down.

Eureka O'Hara, one of the queens picked for this season, cried as she told Gaga how important her music was to people like them.

"I've been the closest to death and you've pulled me out of it," O'Hara told Gaga. "You don't even realize what you do for people and how much you inspire people like me and all of us."

The love is mutual, as Gaga explained how much drag queens have influenced her art too.

"I have always admired the craftsmanship that goes into what you all do," she told the contestants. "Drag has for me been an opportunity to leave myself, when I didn't want to be me and I felt so completely out of place when I was in high school. Drag has just been part of my life for the longest time. It's just really an honor for me to be here, to be here with you."

Her-story in the making. Here's looking at a season full of Charisma, Uniqueness, Nerve, and Talent.