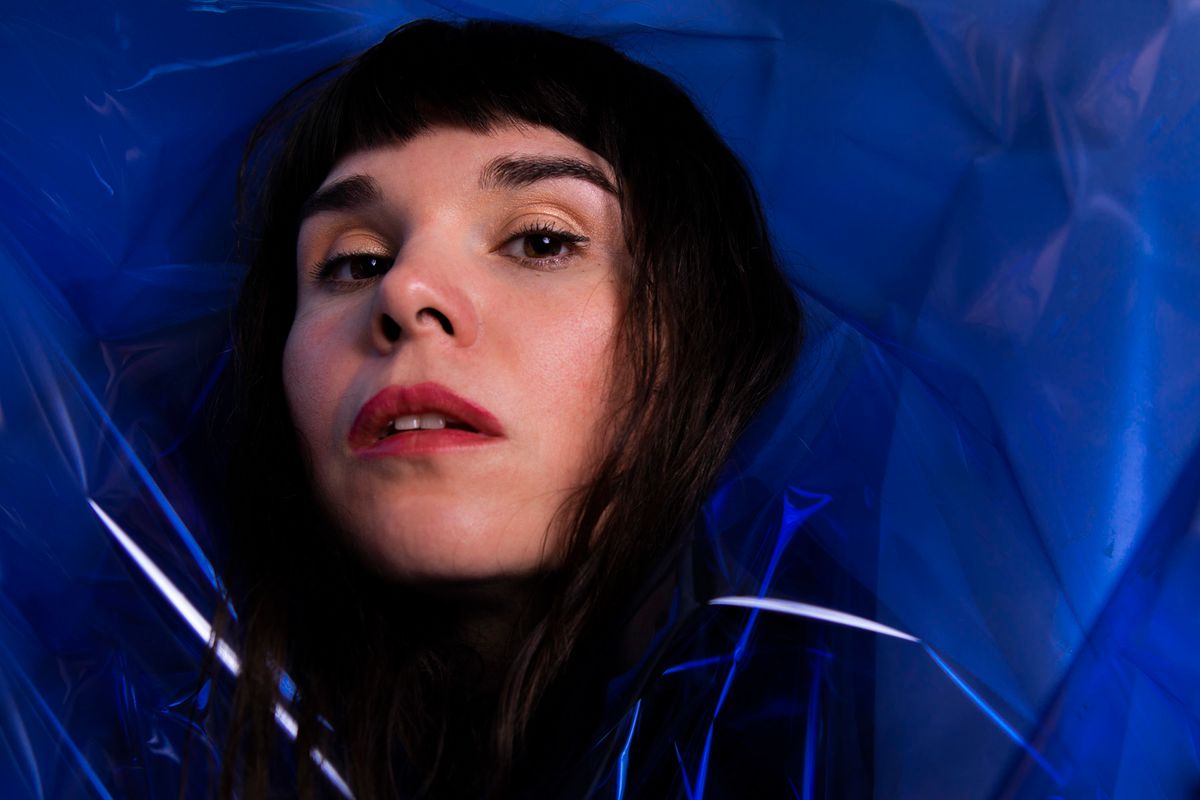 Yamila Haunts the Apocalypse in 'On the Road'

Spanish composer, cellist, singer and producer, Yamila, makes music that can span chasms and then curl right up into your lap; immense yet intimate. You can even hear the years spent scoring contemporary dance productions in the way her compositions convey a sense of movement and inertia, sweeping the listener right along with it. Her debut album, Iras Fajro, sees her further exploring contrasts between armored electronic musings and her introverted voice in what amounts to steady introduction to the seasoned musician's creative identity.

In "On the Road," her gossamer incantations flit atop Warp producer Clark's churning organic industrial soundscape, intertwined among glowing chimes and effervescent synths. There is a forlorn quality to Yamila's voice that disguises a buried hope for a rebuilt, recaptured future, working its way toward life born anew. "'On the Road' is an effort to break the constraints that are imposed by society," Yamila explains. "A crack in the structure from which to run forward."

Related | Gobby Comes Out of His Shell

"Making music with Clark is always like going back in time," Yamila elaborates about the collaboration. "All of a sudden we are seven years old and making music is the favorite game to play."

Mirroring the desolate sentiments of the track, director Barbara Farré situates the video against a post-apocalyptic backdrop focusing on a pair of dancers dwarfed by the massive scale of the surrounding desert. Luxuriating against gauzy membranes, the two fluid figures orbit around one another in a quest to liven up the dead landscape like a tiny green sprout pushing up through a sprawling desert. "I am truly blessed to work on this amazing project that empowers femininity alongside Yamila and the talented dancers," Farré comments.

Yamila's debut album, Iras Fajro, is available now on all platforms. Watch the PAPER premiere of her new video for "On the Road feat. Clark" below: