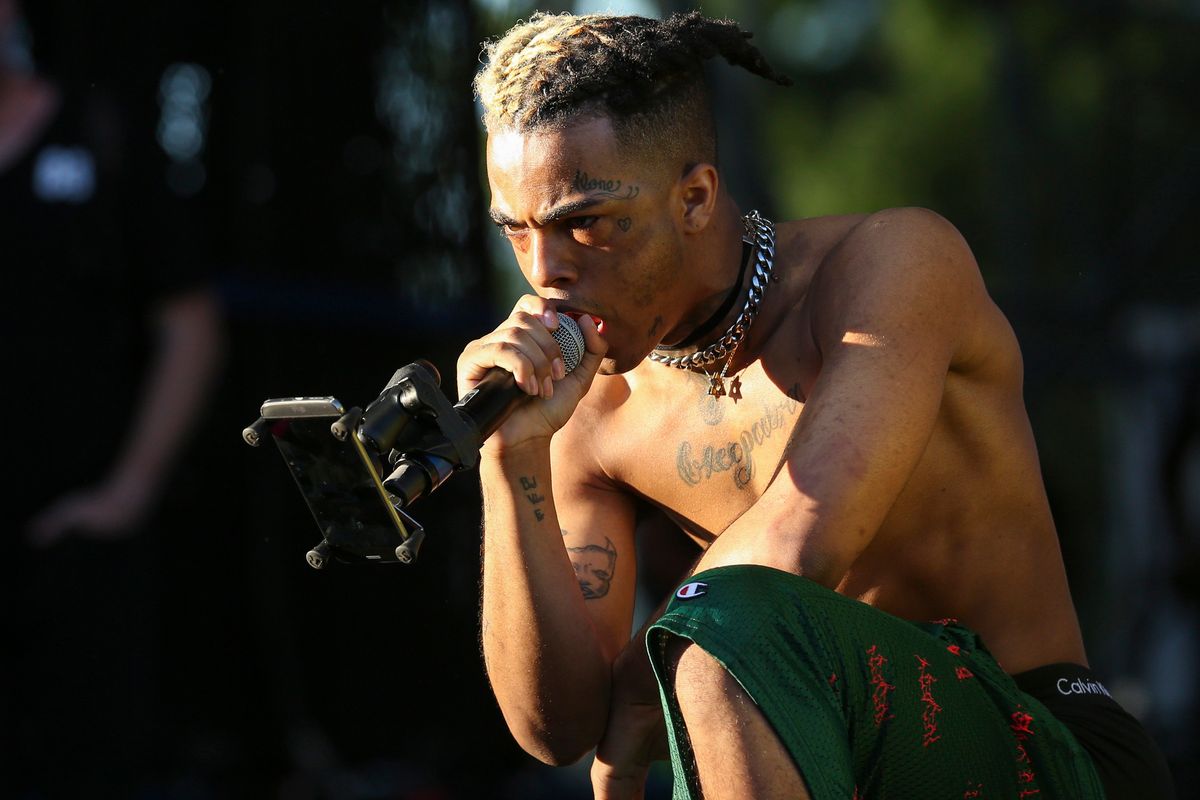 XXXTentacion was shot and killed in June; at the time of his death, the rapper was awaiting trial for a 2016 domestic abuse case against a former live-in girlfriend. He was charged by the Miami-Dade County state attorney's office with aggravated battery of a pregnant victim, domestic battery by strangulation, false imprisonment, and witness tampering. His girlfriend detailed the abuse in a deposition (and it was reported in horrific detail in this profile for the Miami New Times) and was doxxed and faced extreme harassment from both Onfroy's friends and fans.

In a 2016 recording, Onfroy said the abuse began because he believed his girlfriend had cheated on him, saying, "I will kill that bitch if she play with me," and "I put my source of happiness in another person, which was a mistake initially, right? But she fell through on every occasion until now. Until I started fucking her up bruh. I started fucking her up because she made one mistake. And from there, the whole cycle went down. Now she's scared. That girl is scared for her life. Which I understand."

Onfroy also claimed to be responsible for a stabbing incident in Deerfield Beach, Florida (where he was later killed), saying he stabbed eight people. He also confessed to stabbing a former manager (a crime for which he was arrested in 2016 and released on bond). He used the violent incidents to explain why his former girlfriend had been terrified of him, adding "She's seen this shit. She know."

Related | Xtina on Feminism, Domestic Abuse and Time's Up

In addition to the charges addressed on the recording, XXXTentacion had previously described violently attacking his cellmate in a juvenile detention center because he "thought he was gay."

"So I'm like strangling him, and he's like leaking, leaking, leaking type shit, and I'm strangling him so he doesn't scream," he said during the YouTube No Jumper podcast. "Don't think I'm trying to be cliché or a fucking weirdo when I say this, but I was going crazy. Like, I smear his blood on my face, in my hands, I got it in my nails, bro, I had it all over me."

Allegations against XXXTentacion have been public for years; in that time he has topped the Billboard charts, broken a streaming record previously held by Taylor Swift, and garnered the support of rappers including Lil Yachty, Jidenna, and Kanye West, who said that he will be posthumously featuring XXXTentacion on his upcoming album, Yandhi, and that he "regrets not standing up" for the rapper before his death.

Even after the release of a clear confession, fans are still defending XXXTentacion. The responses to Pitchfork's tweet about the recordings are full of anger — at the publication. Tweets from fans include a mix of disbelief that the recording is real at all, rage a dead man is being "dragged," and numerous excuses that "good people do bad things."