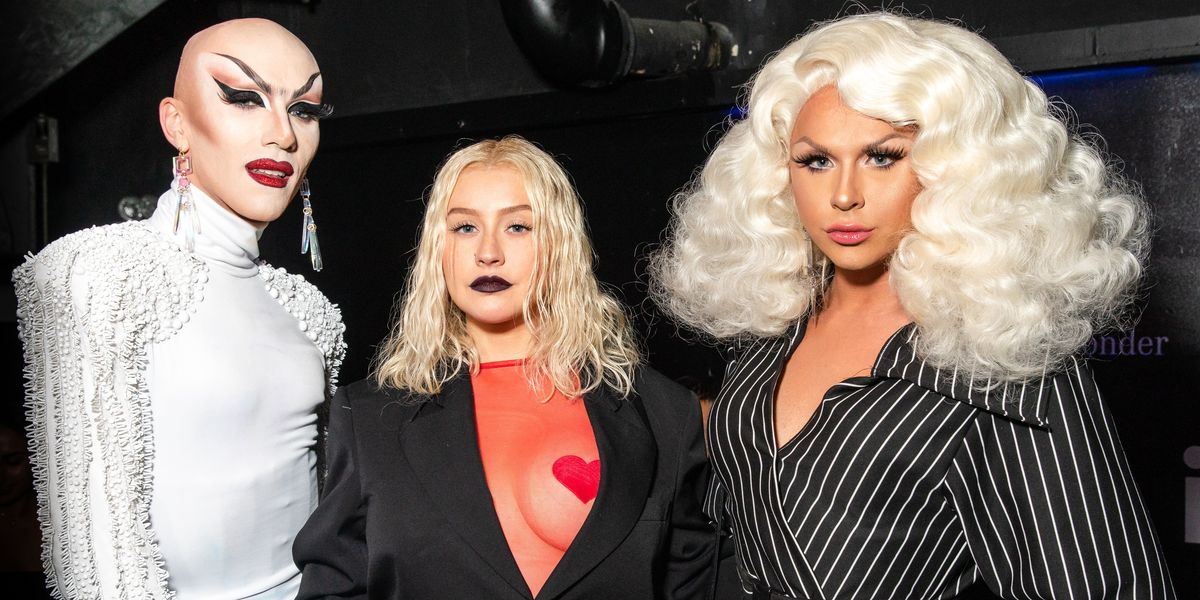 Throughout Sunday night's Opening Ceremony spring 2019 show, master of ceremonies Sasha Velour had a little joke she played on the audience. Velour, who directed and curated the affair (called "The Gift of Showz"), kept teasing a performance from one Miss Christina Aguilera. The first time Velour said Xtina had arrived, she revealed a cardboard cut-out of the singer; for the second, Velour's RuPaul's Drag Race co-star Farrah Moan, known for her resemblance to Aguilera, came onstage, giggling.

But for the grand finale, Aguilera arrived, resplendent in sequins, to perform her single "Fall in Line," a spiritual sequel to 2001's feminist anthem "Can't Hold Us Down." Velour, Farrah Moan, and fellow drag performers Miss Fame, Jiggly Caliente, Shea Couleé, West Dakota, and Hungry (aka Björk's makeup artist) lip-synched the Demi Lovato parts. PAPER fashion reporter Shyam Patel and I were screaming so loudly that it's a miracle you could hear anything. Christina Aguilera plus drag queens is the gay fantasy we all want and deserve!

Nicki Minaj (who brought — ugh — Tekashi69), Troye Sivan, and Hayley Kiyoko were also in attendance. While we can't be sure, we'd imagine they enjoyed themselves.