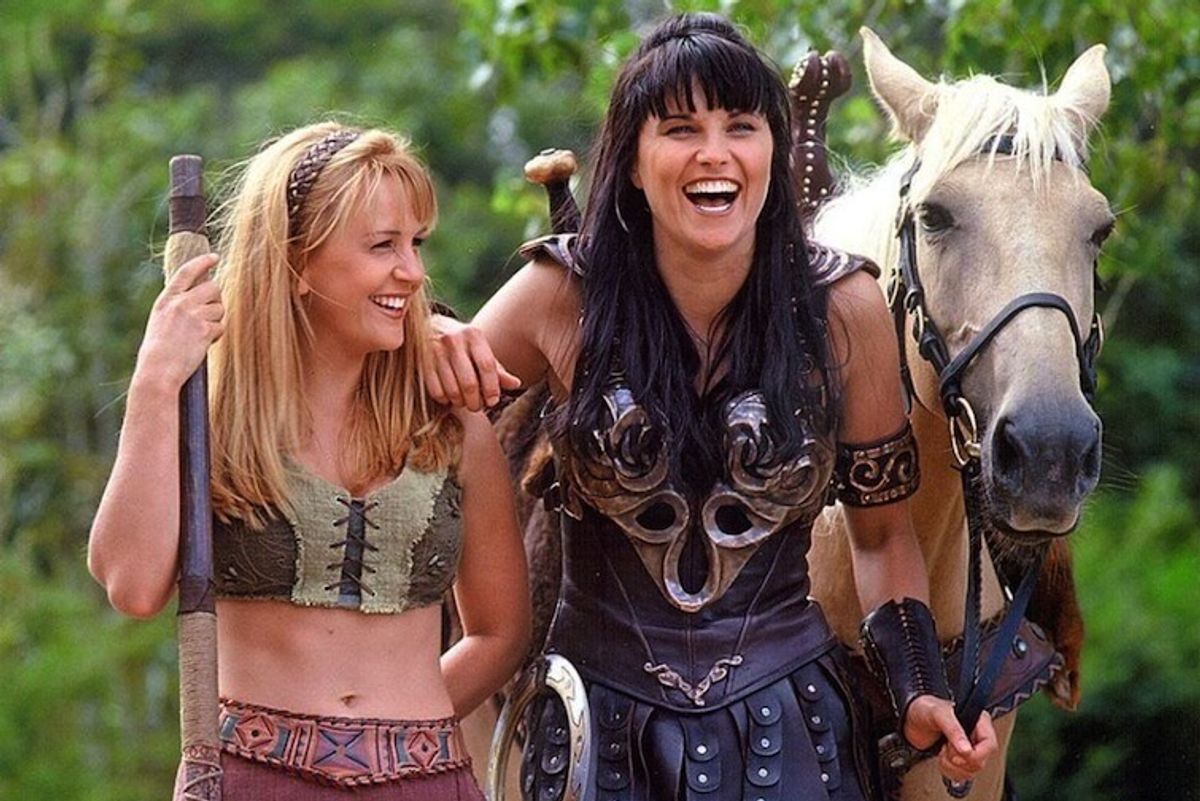 Writer of the New Xena: Warrior Princess Reboot Confirms Its Titular Character and Gabrielle Will Be Lovers

...nothing was ever confirmed that said Xena (the glorious Lucy Lawless) and her companion in kick-ass, Gabrielle (Renee O'Connor), were legit.

With the show's new NBC reboot on the way, its writer Javier Grillo-Marxuach (who created CW's cult hit The 100) is blunt that Xena and Gabrielle's shackles of wink and nod 90s repression have been lifted: the two will be very much a couple.

On his personal tumblr, Javier cleared up the debate.

i am a very different person with a very different world view than my employer on the 100 - and my work on the 100 was to use my skills to bring that vision to life.
xena will be a very different show made for very different reasons. there is no reason to bring back xena if it is not there for the purpose of fully exploring a relationship that could only be shown subtextually in first-run syndication in the 1990s.
it will also express my view of the world - which is only further informed by what is happening right now - and is not too difficult to know what that is if you do some digging.


Jezebel also pointed to a blerb from 2003, with Lucy Lawless herself stating her belief in Xena's queerness.