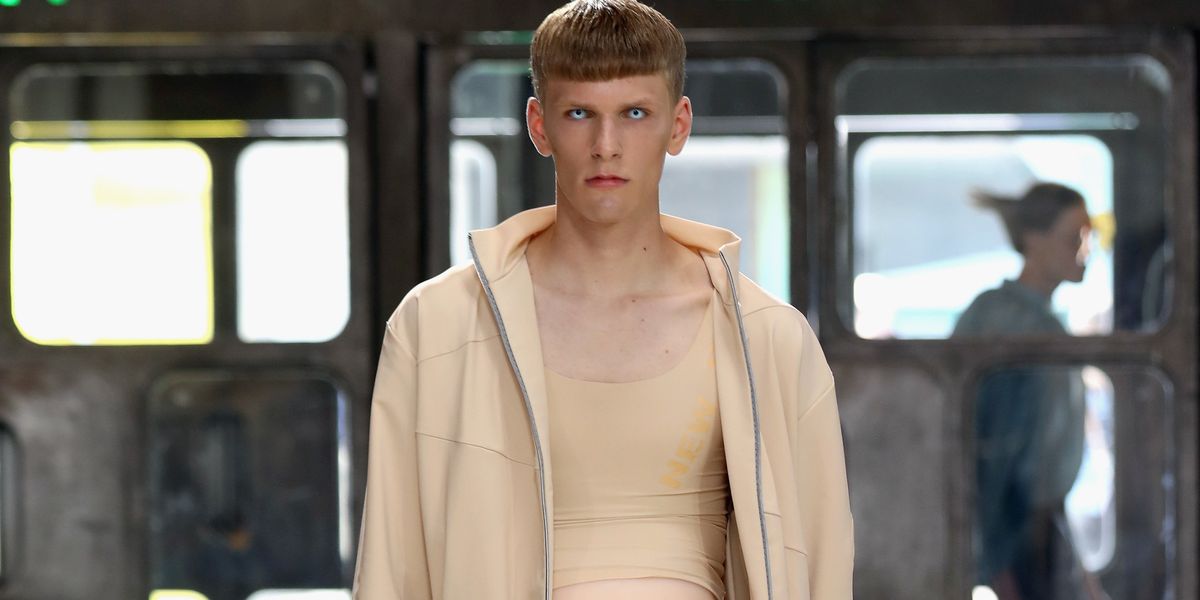 Male Pregnancy, But Make It Fashion

Apparently following in the steps of Gucci's Alessandro Michele, who has sent severed heads, baby dragons and drones down the runway, Xander Zhou shook up men's fashion week in London by showcasing his SS19 collection on male models wearing prosthetic pregnant stomachs.

The show explored various themes, including extraterrestrials, technology's impact on medicine and the growing digitization of humanity (with the runway soundtrack consisting of a robotic female voice chanting phrases like "I am digitized"). Some models sported exposed bellies to "welcome" the possibility of paternal pregnancy and others wore capes propped up by multiple arms, each prosthetic almost kitsch in its unrealism.

The supernatural additions were courtesy of makeup queen Isamaya Ffrench. Other models wore freaky blue contacts (à la Kanye West at the 2016 Met Gala) and had a fibre optic line above their eyebrows, with our collective fear of the future — and how we might fit in it —seemingly the show's primary inspiration.

So if you're looking to outfit yourself for your imminent alien abduction, now you know exactly where to go.