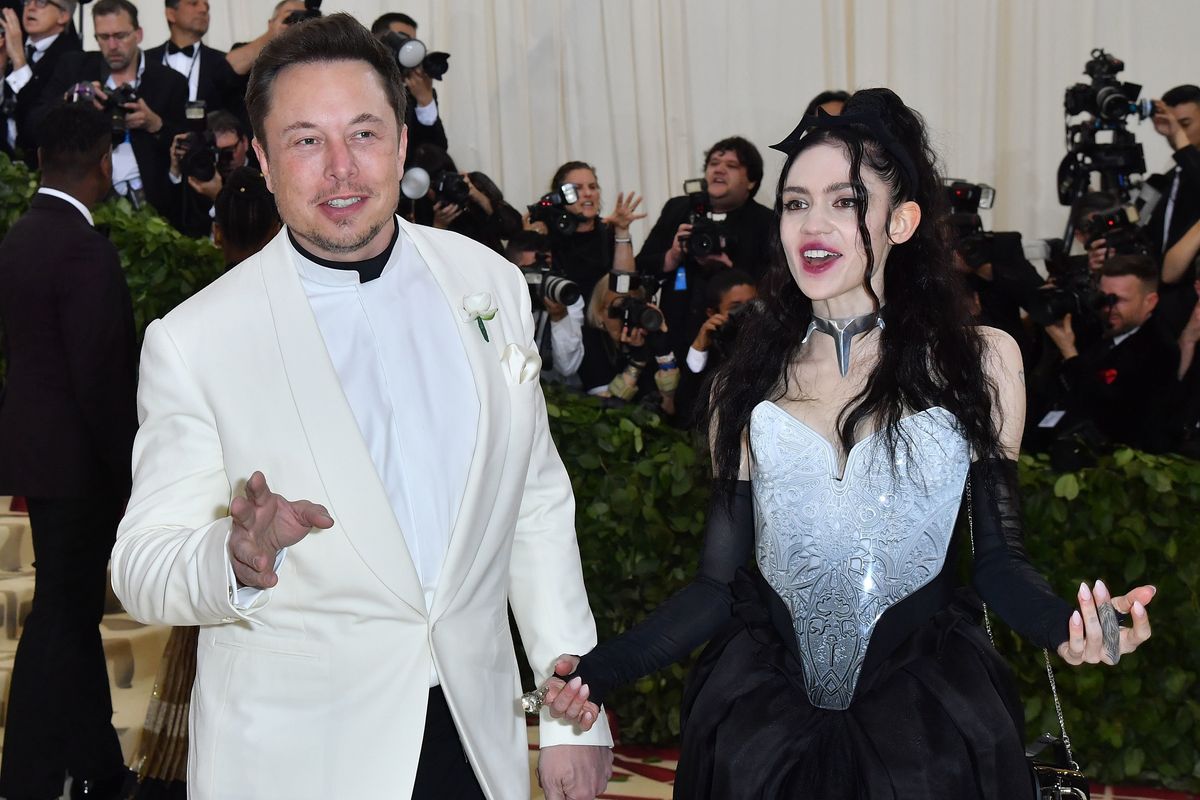 Grimes, Elon Musk May Not Be Able to Name Their Son X Æ A-12

Despite all of the buzz surrounding Grimes and Elon Musk's baby name choice, it turns out the couple may not be able to actually name their newborn son X Æ A-12.

People reported that while the unique name isn't technically illegal, it most likely won't be recognized by the state of California.

"In California, you can only use the '26 characters' of the English language in your baby name," family law attorney David Glass told the publication. "Thus, you can't have numbers, Roman numerals, accents, umlauts or other symbols or emojis. Although an apostrophe, for a name like 'O'Connor,' is acceptable."

However, if Grimes and Musk already filled out the paperwork and listed X Æ A-12 as his name, Glass said that the birth certificate will likely be "rejected and they'll be asked to submit it again" — which would a problem, because without a birth certificate, you can't get a social security number.

However, the couple will have the option of appealing the rejection, though Glass said that "it's unlikely that it will be granted."

Why? Well, you can blame the limitations of California's records-keeping technology for that. According to him, while there was an attempt to change this rule in 2014, it was ultimately dropped due to how much it would cost to upgrade the state's computer systems to allows accents, umlauts, and certain other characters.

Previously, Grimes broke down X Æ A-12's name via Twitter, explaining that it's a combination of "X, the unknown variable," "Æ, my elven spelling of Ai (love &/or Artificial intelligence)," and "A-12 = precursor to SR-17 (our favorite aircraft). No weapons, no defenses, just speed. Great in battle, but non-violent" — even if Musk later well actually-ed her by responding, "SR-71, but yes."

The musician later added that the "A" also references "Archangel," her "favorite song," and the "12" is a nod to the fact that 2020 is the year of the metal rat in the Chinese zodiac.

•X, the unknown variable ⚔️
•Æ, my elven spelling of Ai (love &/or Artificial intelligence)
•A-12 = precursor to SR-17 (our favorite aircraft). No weapons, no defenses, just speed. Great in battle, but non-violent 🤍
+
(A=Archangel, my favorite song)
(⚔️🐁 metal rat)

She then went on to break down the pronunciation of his name to a fan, writing that, "It's just X, like the letter X," before adding that it's "Then A.I. Like how you said the letter A then I."

That said, it also seems like Grimes and Musk may disagree on how to say X Æ A-12's name, seeing as how Musk recently told Joe Rogan that it's pronounced, "X Ash A 12."

Listen to Musk's name explanation, below.​