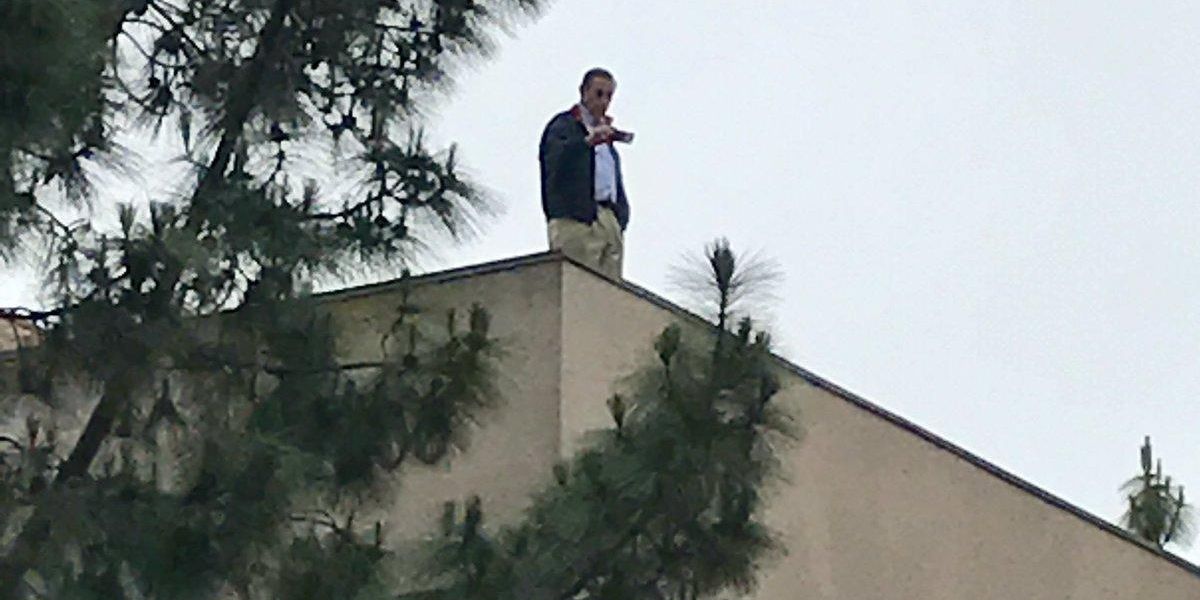 Wow, Here is a GOP Congressman Literally Hiding on the Roof to Avoid Angry Constituents

In what might even break the top 30 of most embarrassing political moments from 2017, Republican congressman and pro-Trumpcare Darrell Issa hid on the roof today so he didn't have to deal with the several hundred people gathered outside his office. Issa coward, folks.

Here he is, taking pictures of the crowd below. Look at this mess.

Yes, this is really @DarrellIssa on the roof of his district office building. Too afraid to come speak with assemb… https://t.co/HKfoxKKws1
— Mike Levin (@Mike Levin)1496165511.0

Here he is, pre freak out.

Several hundred in front of @DarrellIssa's office this AM. Issa came out for 5 minutes but refused to engage with… https://t.co/V2HC7qaSBQ
— Mike Levin (@Mike Levin)1496164385.0

Issa won his position by a measly 1,600 votes of 310,000-plus cast in 2016, has had to deal with backlash regarding his calls in D.C. over and over again. GQ made an apt comparison of Issa's roof antics to that of Michael Scott's full breakdown, you remember the one:

In fact I see no difference.