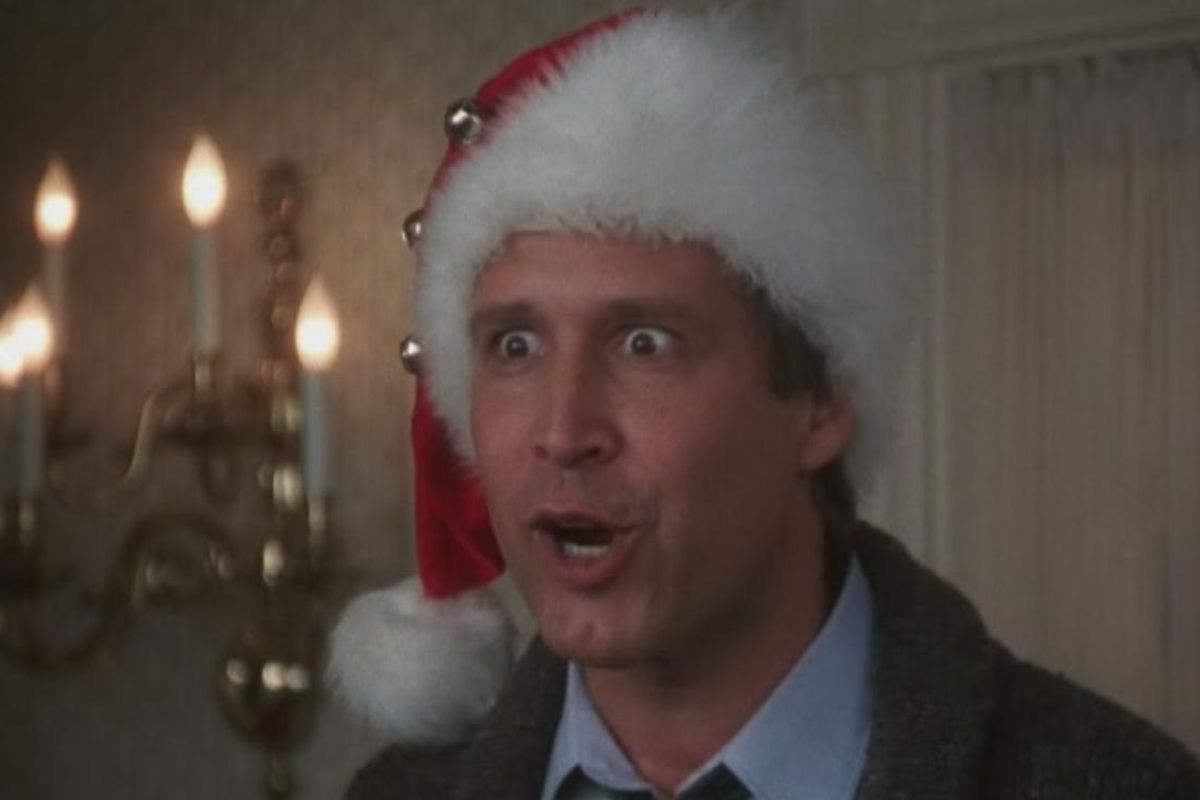 The 10 Worst Holiday Parties I Ever Experienced

Christmas is a time for connection and joy -- except when it turns into a hideous hayride to hell. Possibly because of the massive pressure to be gleeful, get-togethers can turn a tad ugly, as I'll describe in the 10 worst ones I've endured (some of them not even on Christmas.)

1. Years ago, I invited various people to a holiday gathering at my apartment, but one nasty friend decided he didn't like someone on the guest list because they had cancer, so he refused to come. Thank God! Another friend came, but was openly annoyed that I'd opened a fabulous gift basket I'd gotten from a magazine I worked for, but put one of the best items in it -- a large sausage -- away for myself. Please! I didn't have to serve her anything! Both of these people are ex friends now, by the way.

2. Sometime in the aughts, I bought my mother what I was convinced was a delightful Vivienne Westwood dress for Christmas. It was brown and scalloped and so fetching I somehow wasn't able to realize it was way too avant-garde a choice for my old-school ma. Sure enough, when I asked her to try it on so I could show it off to my friends who had come over to celebrate, she looked horrified. So was I on realizing my mistake.

3. One Christmas, I went to Brooklyn with friends, and in the course of the day I was certain I spotted something on my hand that looked terminal. After we ate dinner, I went upstairs to visit my aunt and held her really tight, thinking I was dying and this could be my last chance to see her. She seemed a little disturbed by the desperate embrace -- and it was all in vain, anyway. When I went back downstairs, I looked and the thing was gone -- it had just been a shadow -- so I went back to eating.

4. I treated the folks (and some friends) to a dinner at Tavern on the Green. We all dutifully leafed through the gigantic menu, as I worried about how much this thing was going to cost me. Well, leave it to the most plus-sized friend I ever had to ask the waiter, "Can I go off the menu?" Things got even worse when I handed the folks their gift -- expensive house seats to Beauty and the Beast -- upon which dad said, "This is the last thing I'd ever want to see!" At least we were in Central Park, where it's easy to find a rock to crawl under. (But let me add that there were tons of glorious experiences too, that's just not what this particular list is about.)

5. A Christmas Eve dinner at a fancy restaurant was quite festive until an angry lesbian at the table started loudly railing about how before Stonewall, gays used to be given electro shock treatments, and it's a crime and a disgrace that young gays don't walk around talking about that all the time today. Party!

6. One Christmas, I decided that a glitzy Chinese restaurant was the ticket, so I brought the folks and a friend to enjoy its wonder. Sure enough, the lights were flashy and the décor was swanky, but the food? Eek. Small bowls of watery wonton soup and chow mein with mystery meat. My friend, who'd been starving, didn't even want seconds. I should have pulled out that gift basket sausage.

7. Here's one about a get-together that didn't happen: A friend booked a holiday with me at my parents' home in Brooklyn, and ma was happy, preparing to whip up her usual Italian feast. (Any friends who came over always got the royal treatment, complete with sumptuous meals and a doggie bag.) But a few days before the big event, my friend called to say, "Uh, never mind about that," having obviously found something else to do. Irked, I responded, "Oh, so you booked us to have somewhere to go on the holiday, but then something 'better' came along and now you're dissing us? Don't ever use my mother like that -- though I'm not exactly surprised because you've certainly shown your superficial side before." Well, that's what I should have said. Devastated, I just muttered "OK" and hung up, though he dropped several notches in my estimation.

8. A designer came to Christmas with his then-boyfriend and we were thrilled by the visitation. But they had partied so hard the night before that they could barely lift their heads up and hardly even touched ma's amazing meatballs and fixings. Still, I've dined off the story for years, as it were.

9. One Christmas, some friends came with me to Brooklyn and we visited another aunt of mine, who lived a few blocks from my parents' house. As we rang her bell, I peered through the door window and saw her in rectangular, fuddy duddy glasses with little ribbons on them. "Oh my God, look at her glasses!" I shrieked, mockingly, and she obviously heard me because she looked shaken as she opened the door. That was a dumb move on my part. I, of all people, should have celebrated her offbeat fashion choice.

10. A relative had always chewed my ear off with a multitude of grudges, and I always took her side of the story, to appease her rage. Well, just one time, on a holiday together, I dared to vent about a grudge of my own. I was certain she'd be sympathetic, but the second I started speaking, she interrupted me, stepped on my tale of woe, and hijacked it to become another one of her grudge stories. And now it's become another one of my grudge stories, too. Ha ha.

Oh, well, despite all these unsettling incidents, the holidays can still be about "happy meals," so I hope you enjoy yours because I know this time I might!