On Sunday, over 150,000 members of the LGBTQ+ community and allies from all over the world gathered on the streets of New York City to celebrate World Pride 2019, and the 50th anniversary of the Stonewall Uprising. Organizers told CNN that there are more than 150 groups from outside the US participating at this year's parade.

Related | Holland Is the Future of K-Pop

The designated route for the Pride Parade began at the Flatiron District, down to the West Village by the legendary Stonewall Inn — where the revolutionary fight for LGBTQ+ rights began — then back again to the Flatiron District. People marching, as well as spectators, were all dressed in their most extra, rainbow-colored best, waving their LGBTQ+ flags, and holding up messages of love. The cast of Pose, the Gay Liberation Front, and the Trevor Project were all present as some of the NYC Pride March's official gran marshals.

But aside from the usual annual parade, an independent march called the Queer Liberation March — organized by political group, Reclaim Pride Coalition — was also held simultaneously. The goal was to celebrate Pride free of corporate sponsors, free of police, and free from the capitalist exploitation of Pride as a whole.

See some of the best photos from the two marches in the gallery, below. 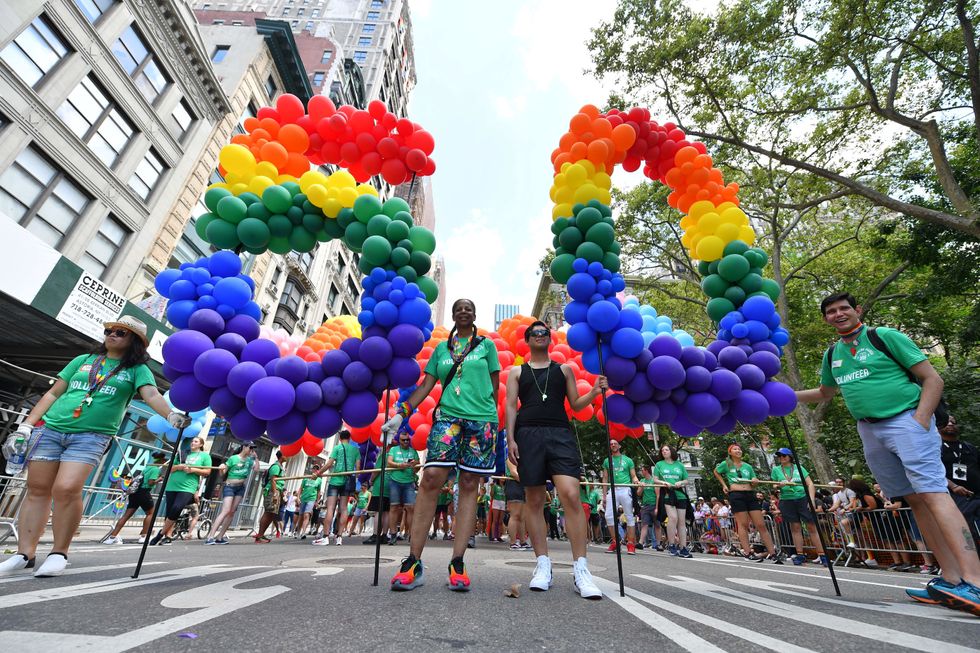