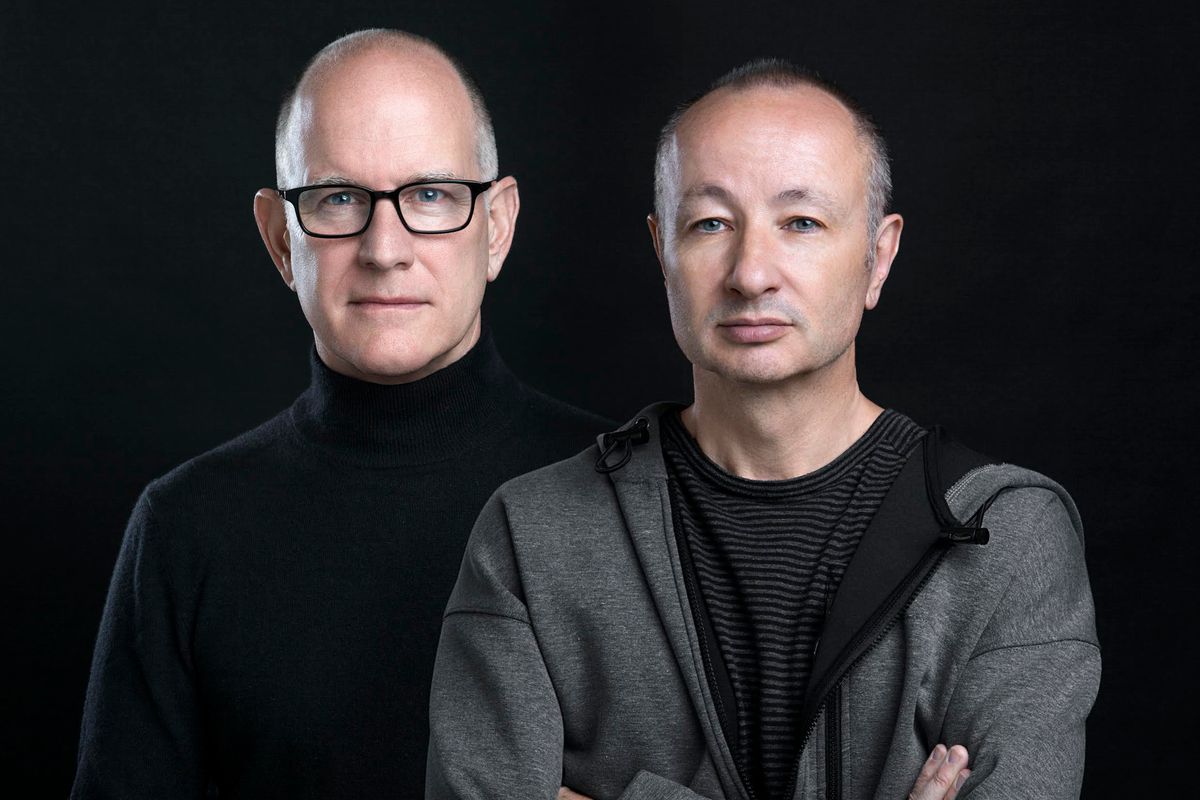 Tomorrow marks day one for RuPaul's DragCon's first foray into the mean streets of New York. After taking over Los Angeles for the past three summers, the World of Wonder-produced event is taking its glitz and glamorous to the other coast for another weekend full of drag queens (both famous and unknown), merch, informative panels, and, of course, a sea of crazed fans.

One need only take a quick peek at the "Guests" list for DragCon NYC to see that World of Wonder wasn't planning to hold back. In addition to the most recent winner of RuPaul's Drag Race, Sasha Velour, the convention will also be attended by other Ru-Girl faves like Bob the Drag Queen, Shea Coulee, Aja, Carmen Carerra, Kim Chi, Violet Chachki, and Raja. To round out the list, non-rulated (I had to...) guests include queer mainstays like Big Freedia, Amanda Lepore, Lactacia, Jeffree Star, Joanne the Scammer, and Isaac Mizrahi.

Ahead of its big debut, PAPER reached out to Randy Barbato and Fenton Bailey to ask a few questions about the pair's feelings regarding the big switch. Talking about their motivations and inspirations for the addition and where they would choose to start another DragCon if given the opportunity to in the future, the World of Wonder production duo gave us a behind-the-scenes peek into what to expect.

What does it feel like to have DragCon expanding to a second city?

RANDY: We are so excited about bringing Rupaul's DragCon to New York City! Its a homecoming for us all, since we are New Yorkers at heart! Since its inception we have been dreaming about the possibility of DragCon NYC, especially since NYC is the home to some of the most iconic queens on the planet! So many people involved in DragCon have been schooled in NYC at one time or another, so it feels natural for the con to be coming home!

How did you take the already instituted DragCon LA and prepare for its debut in a new city like New York?

FENTON: The biggest challenge has been the logistics since we are all west coast-based. So many of the tweaks and adjustments we have made have felt natural and organic. Initially, we planned to have the event at a smaller venue, but after the turn out in LA this year, we got worried it would be too crowded so we moved to a bigger space at Jacob Javits Center at the last minute! It's been a mad dash!

How will DragCon New York differ from DragCon LA?

This year's DragCon in LA had over 40,000 people in attendance. Why do you think the convention is increasing in size so rapidly?

RANDY: Technology is a great thing, but its also alienated so many people, especially our tribe! We like to reach out and touch; there is an energy, a kind of electricity to physically coming together to the same space and celebrating living life in full technicolor! Also, with the current insane political climate it seems essential to come together, to remind one another and the rest of the world we are here, we can join forces, and we can move that bus! DragCon is the antidote to the dark times we are living in!

Last DragCon featured panels that dealt with some more serious aspects of drag (i.e. Sandra Song's panel with Bob the Drag Queen, Eureka O'Hara, and Alaska Thunderfuck on "What Is Drag In Trump's America?"). How do you see this convention addressing real-life issues (political or otherwise)?

RANDY: For us, drag has always been political! When we were younger living in the East Village it was our lifeblood and our endless source of inspiration. So many queens back then not only entertained us, but provoked us and motivated us! The politics of drag might not have always been as overt as some of our panels at DragCon [have been recently], but drastic times call for drastic measures, and with so many young people [and] new voters coming to DragCon, we felt it was essential to broaden our panels to include information about the resistance and how to become more politically active!

What new aspect of DragCon NY are you most excited about?

FENTON: We don't want to ruin all the surprises but there are going to be some fun oversized blow-up features! Fantastic photo ops! Keep your eyes open for Trixie Mattel, Big Freedia, T.S. Madison, Sasha Velour, Carson Kressley, Lactacia, Carrie Dragshaw, and so many other amazing entertainers! We are also excited about many of our NYC homies who will be participating on panels and walking the halls! Actually, come to think of it, the thing we are most excited about are the New Yorkers!!!!

Can we expect any more DragCons popping up soon? What would be the next city of choice?

RANDY: Our next city of choice would be Palm Beach or Bedminster, NJ! Joking! Not! We've got a number of cities on our list! Be very afraid!

You can still get a Sunday badge for RuPaul's DragCon here.

Splash photo via World of Wonder