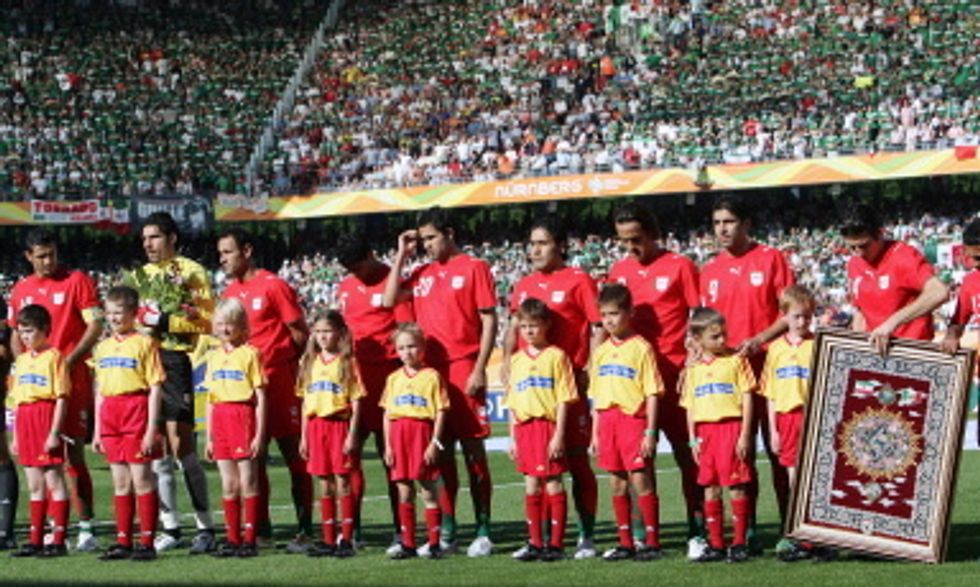 This is really more of an Eye Spy blog than a NY Doll one, but I am so worked up over the US v. Czech Republic score (it's 0-2 at the halftime) that I simply HAD to discuss the World Cup for a moment.

First of all, while watching the Iran v. Mexico game yesterday I was shocked to hear that Senator John McCain has formally requested that Iran not be allowed to participate in the World Cup in order to halt Iran's pursuit of nuclear weapons.  Iran's president (as mentioned ealier in Eye Spy) has also denied that the Holocaust ever existed and has called for an eradication of Israel.  Granted this is disgusting, particularly due to Germany's hosting of the 2006 World Cup, but denying Iran's right to be in the World Cup because of their President and political stance?  I find this even more disgusting.

What's more, does anyone else see the complete irony in all of this? A racist, war-mongering president?  Nuclear weapons?  By these standards the US should NEVER be allowed to participate in any world wide event.  And so, while I'm hoping that the US does well during this World Cup (as I would like the US to finally start taking soccer seriously), I've also never been more ashamed to be American.  Some things should never be political, and World Cup just so happens to be one of those things.

Above photo is of the 2006 Iranian team, pictured here before their opening match with Mexico (taken from the FIFA 2006 World Cup home page).