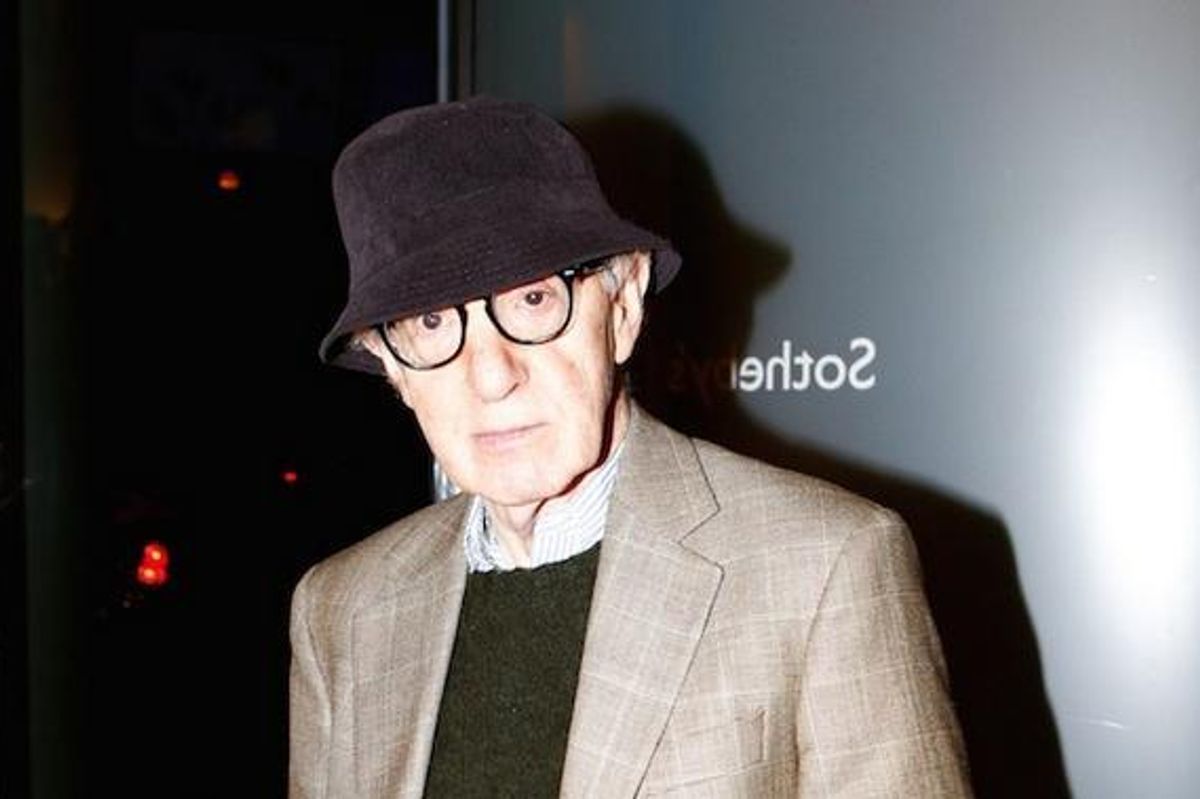 Woody Allen was among the frustrated residents of New York's Upper East Side, who piled into the pews of a church on East 88th Street, to raise HELL about a city ordinance that would paint new bike lanes on one-way streets throughout the toney 'hood.

Allen was one of those who spoke on the matter, flanked by his sophisticated wife, Soon Yi.

"None of the streets can accommodate a bike lane in a graceful way," Allen said.

Of course he used the word "graceful."

Woody continued with "Every street has a good argument why it shouldn't have a lane."

I wish every time Allen spoke, someone rang a cowbell; what I'm saying is, I wish I had been there to ring a cowbell every time he spoke.

There is truly nothing more extraordinary to me than the wrath of millionaire white men mildly inconvenienced.