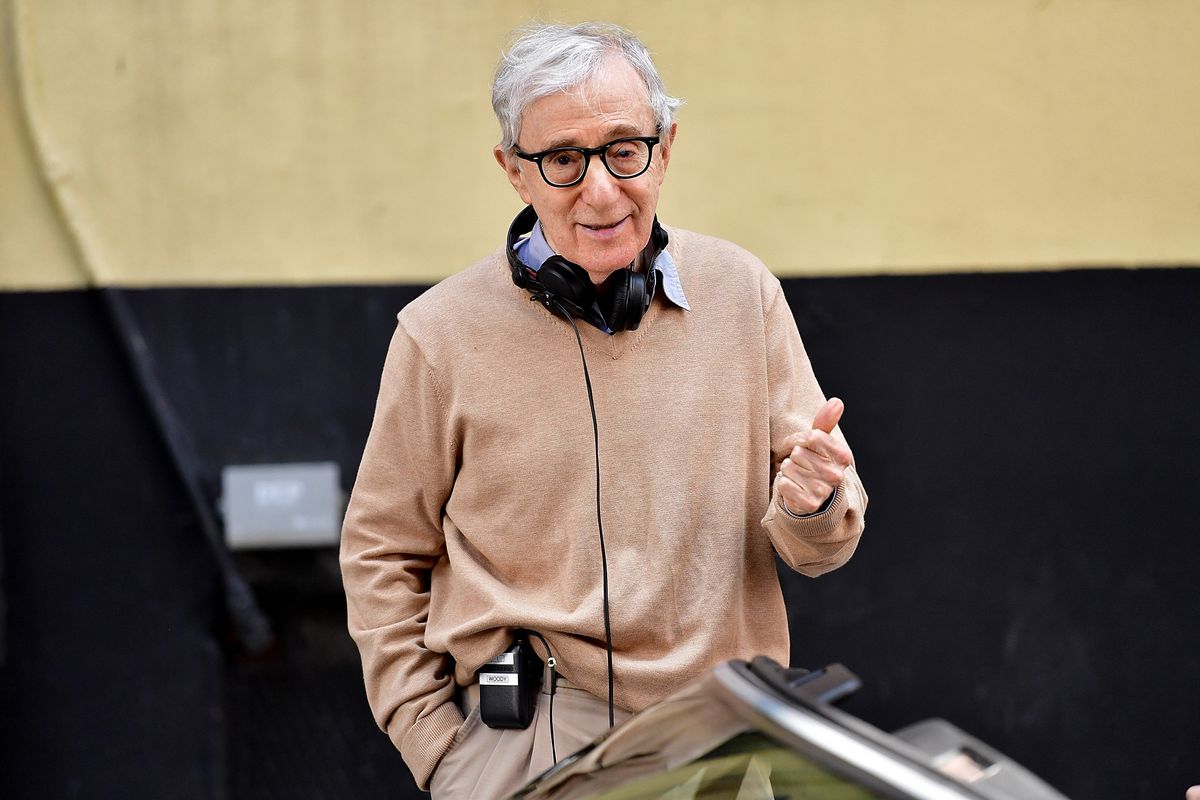 Since its inception, A Rainy Day in New York — Woody Allen's latest film starring Timothée Chalamet, Selena Gomez, Jude Law, and Elle Fanning — has been mired in controversy. That said, a new report claims that the film's U.S. distributor, Amazon Studios, has officially returned the domestic film rights to Allen.

As reported by Variety, an individual close to project said that the announcement came in the wake of the director's $68 million lawsuit against the studio. In his suit, Allen claimed that the studio shelved the film's release on "no legitimate ground." However, Amazon says that in the midst of the #MeToo movement, comments that Allen made about the Weinstein scandal, as well as the resurfaced sexual assault allegations brought against him by his adopted step-daughter, Dylan Farrow, "sabotaged the studio's efforts to promote his film," per The Wrap.

The drama surrounding the film — which centers on a young couple's romantic entanglements over a weekend trip to NYC — has already led to a few of the film's cast members (including Chalamet) to donate their salaries to organizations such as Time's Up. In the wake of the reignited allegations, several prominent actors have also expressed regret at working with Allen in the past and have renounced him.

so timothee chalamet, elle fanning, jude law, diego luna and liev schriber really risked their CAREERS to work with woody allen and ... THIS is the result? clowns pic.twitter.com/UzdTMU4U4P

And though Allen claimed the film was "coming soon" via a trailer posted to his Facebook page last week, Variety says that a top film distribution chief has labeled any potential acquisition of the film as "death, publicity-wise."

"Talent wants to distance themselves as far as possible from this," they added, in addition to pointing toward Allen's "mixed track record" in terms of quality over recent years. "None of them are likely to promote it."