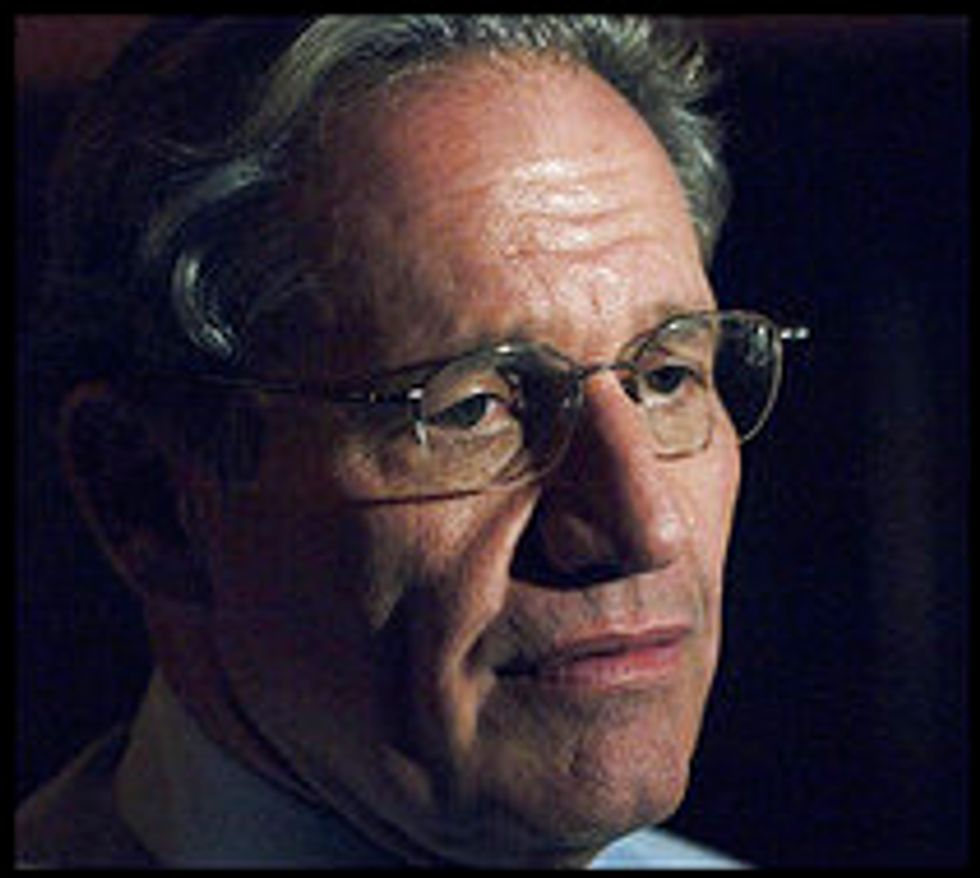 Bob Woodward, The Washington Post's superstar reporter, must step down. No, he's not an elected official and we can't demand his impeachment, but if he were, we would be calling for his scalp. How two-faced can you be? The man who reported on Nixon's dirty little secrets and helped bring down a President sitting on secrets of his own regarding Plamegate, which has already led to a jail term for the New York Times Judith Miller and the subsequent indictment and resignation of VP Cheney's chief-of-staff.  Pretty serious stuff. Woodward says that he didn't want to be indicted (who does?) and that he didn't realize the fact that  was a secret anyway, given how casually the information was laid on him, almost like "gossip," he says. Yet he refuses to divulge the name of the source who first told him that Valerie Plame was a secret agent. Why? Does a casual remark merit confidentiality? To make matters worse, Woodward denigrated the Fitzgerald probe in television and radio interviews while not divulging his own involvement in the matter. Just goes to show that even a world famous reporter like Woodward can be seduced by power. His unparalled access left other reporters in the dust. Now we know why. Please, go away. We don't need any more books from the White House stenographer. For now his editor [E & P] seems to be backing him up, all the more reason for Woodward to step down voluntarily, to finally do something noble to restore some of his lost luster and to to avoid bringing the ship of state, namely the Washington Post, down with him. Co-workers at the the Post have for some time felt that a double standard has been applied to Woodward whose role at the daily has come down to writing books that will be serialized in the Post. The roar from reporters in the Post newsroom will eventually drown out the lame excuses that stretch our credulity. Fact is, that when someone of Woodward's mythic stature goes bad, consequences can be great. Come on, Bob. Do the right thing.