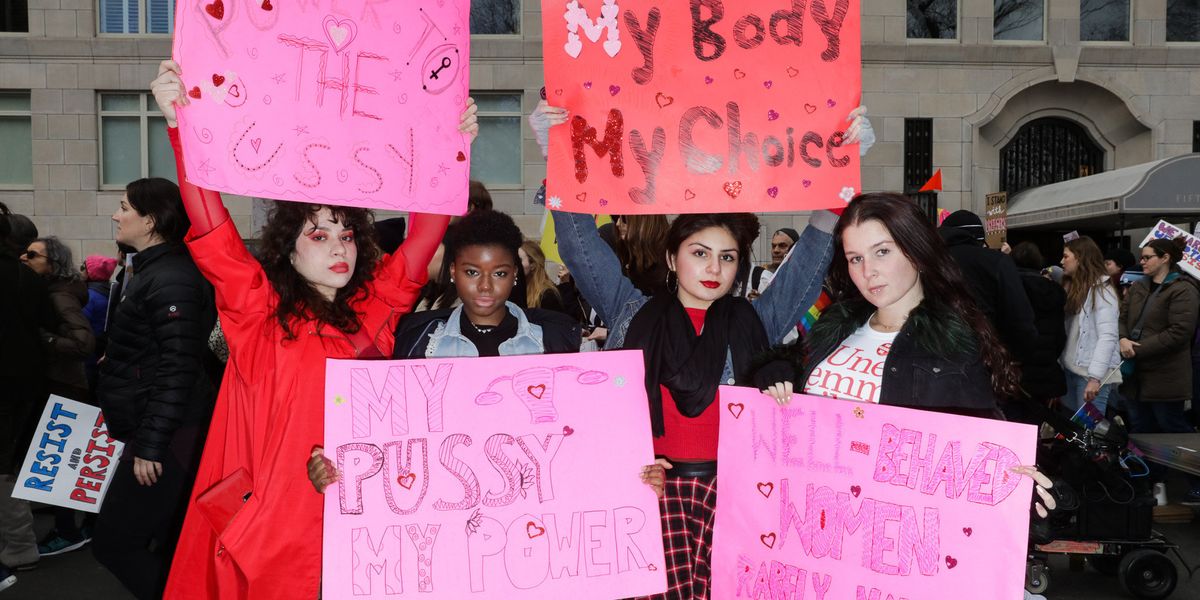 No matter how angry, engaged, enraged and motivated the #resistance has managed to stay since Donald Trump took office on January 20 of last year, there was always the fear that all that emotion might eventually give way to exhaustion. The 2018 Women's March, which happened in cities across America and the world this past Saturday, showed that the stakes remain too high and the momentum of the movement too strong to flame out this early.

Related | Why We March: 18 D.C. Protestors on the Way Forward

After all, this administration has not only given us a year plus of racism, xenophobia, homophobia, ableism, sexism, and so on, we've also had to metabolize as a nation daily headlines outlining the grotesque climate of sexual coercion and double-standardism women have been intimately familiar with for centuries but mostly precluded from sharing in the public space. It's a lot, and the crowds showed up this weekend to march, even a year later, even when it seems like things are only getting worse.

More than 200,000 protestors marched in NYC, according to Mayor Bill de Blasio, while Mayor Eric Garcetti of LA said 600,000 attended the march there. In LA, speakers like Natalie Portman described witnessing and experiencing decades of "sexual terrorism" in the entertainment industry, while in NYC Halsey's moving spoken word poem touched on the ubiquity of rape throughout the world.