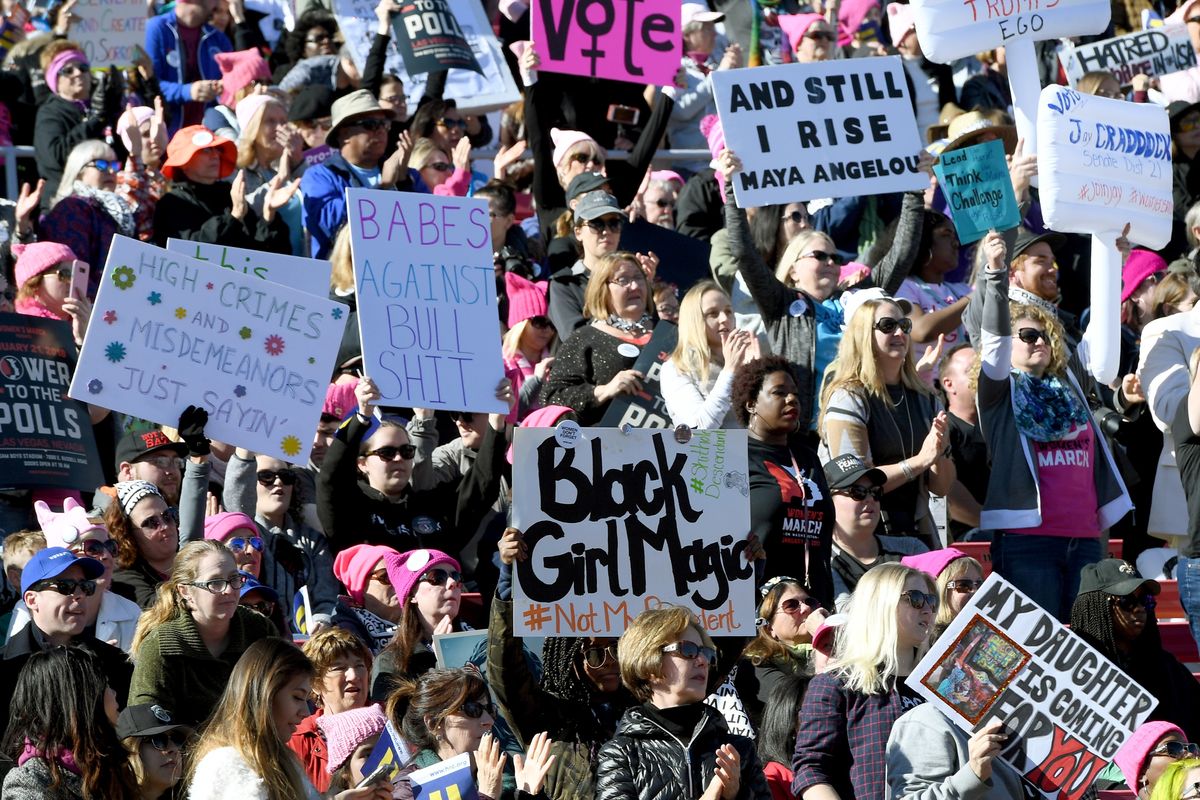 Women's March Canceled for Fear It Might Be 'Overwhelmingly White'

A Women's March was set to take place in Northern California, specifically in the town of Eureka, in Humboldt County on January 19. But organizers have decided to cancel the event because they were afraid the crowd wouldn't be diverse enough. This decision was made "after many conversations between local social-change organizers and supporters of the march."

Beth Ann Wylie, an administrator in the "WOMEN'S MARCH EUREKA CAL" Facebook group, posted the full PSA which states, "The local organizers are continuing to meet and discuss how to broaden representation in the organizing committee to create an event that represents and supports peoples who live here in Humboldt."

The message continued, "Up to this point, the participants have been overwhelmingly white, lacking representation from several perspectives in our community. Instead of pushing forward with crucial voices absent, the organizing team will take time for more outreach."

But the group states that they're looking to push for an event sometime in March to celebrate International Women's Day. "Our goal is that planning will continue and we will be successful in creating an event that will build power and community engagement through connection between women that seek to improve the lives of all in our community."

Some people on social media have criticized the decision due to the fact that Humboldt County's population is mostly white. Census data shows that the county is "more than 74 percent 'white alone, not Hispanic or Latino.'"

This isn't the first time a Women's March event has been canceled this year. Women's March Chicago also announced that they won't be holding their rally at Grant Park in January due to the high cost of the event. "All of those things that would have an impact on your community," Women's March Chicago board member Sara Kurensky told the Chicago Tribune. "The idea is to empower our marchers. Now we want them to take that power and organize in their own communities."

This also isn't the first time racial diversity issues have been brought up regarding the Women's March movement. As pointed out by the Washington Post, "Excitement in the months leading up to the inaugural march in 2017 was damped by divisive discussions about race — particularly involving minority women and how issues important to them sometimes differed from those of their white counterparts."

Inclusive feminism and gender equality is still something that even the organization is still working towards. And some changes that their team has done to better address their problems is to call for the resignation of some leaders including national co-chairs Bob Bland, Tamika Mallory, Carmen Perez, and Linda Sarsour due to alleged connections to Nation of Islam leader Louis Farrakhan, and accusations of anti-Semitism.