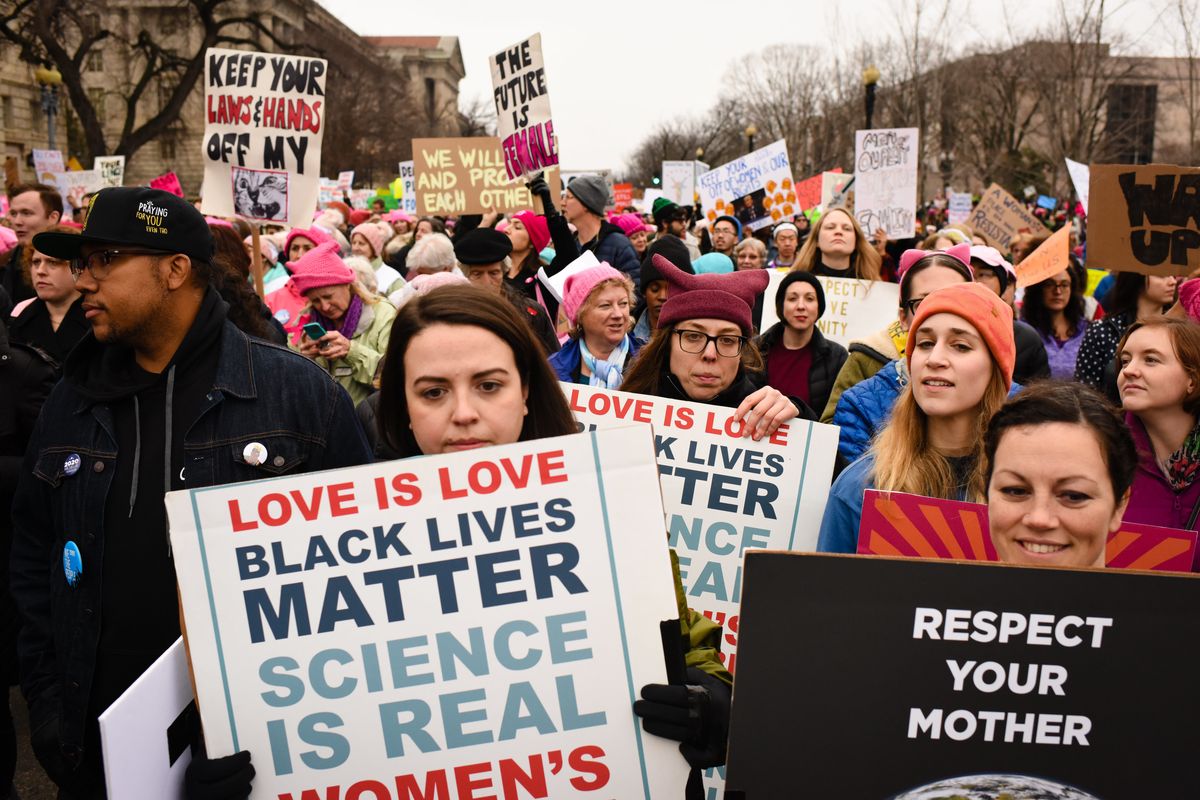 Back At It: How To Get Involved With Women’s March 2018

It is obvious to pretty much anyone with a pulse that 2017 was... really trying it. With a new year comes a second nationwide Women's March, the first being held the day after President 45's inauguration on January 21, 2017. It became the largest single-day march in American history, with 4 million folks in the streets all over the country.

In the wake of #MeToo, #TimesUp, and widespread awareness and activism around women's inequality, abuse, and harassment in pretty much every sector of women's public and private lives, one can envision — and likely expect — an even larger and louder turnout this year. So, mark your calendars and bring your rage on January 20, the day events and sister marches everywhere from NYC to Nashville to Munich will take place.

Also this year, to commemorate the one-year anniversary of the march, the co-presidents of the inaugural Women's March are launching #PowerToThePolls in Las Vegas. The Women's March website describes this initiative as a year long "voter registration and mobilization tour" that will target swing states across America by registering voters and increasing support for women and progressive candidates. Fittingly, Nevada is a swing state with blue-state potential during the midterm elections. And as we now tragically know, it has been a locus of some of the nation's most immediate concerns, including sexual harassment and gun violence. You can register for the #PowerToThePolls event, here.

Women's March co-president Tamika D. Mallory sums it up best in a statement: "Women's March has created a powerful movement that has ignited thousands of activists and new leaders. In 2018, we must turn our work into action ahead of the midterms. This new initiative will address voter registration and voter suppression head on. We marched for justice in DC, we created our plan in Detroit and now we're bringing the power of the polls to Nevada."

Learn about this and more ways to show up and take action, here.