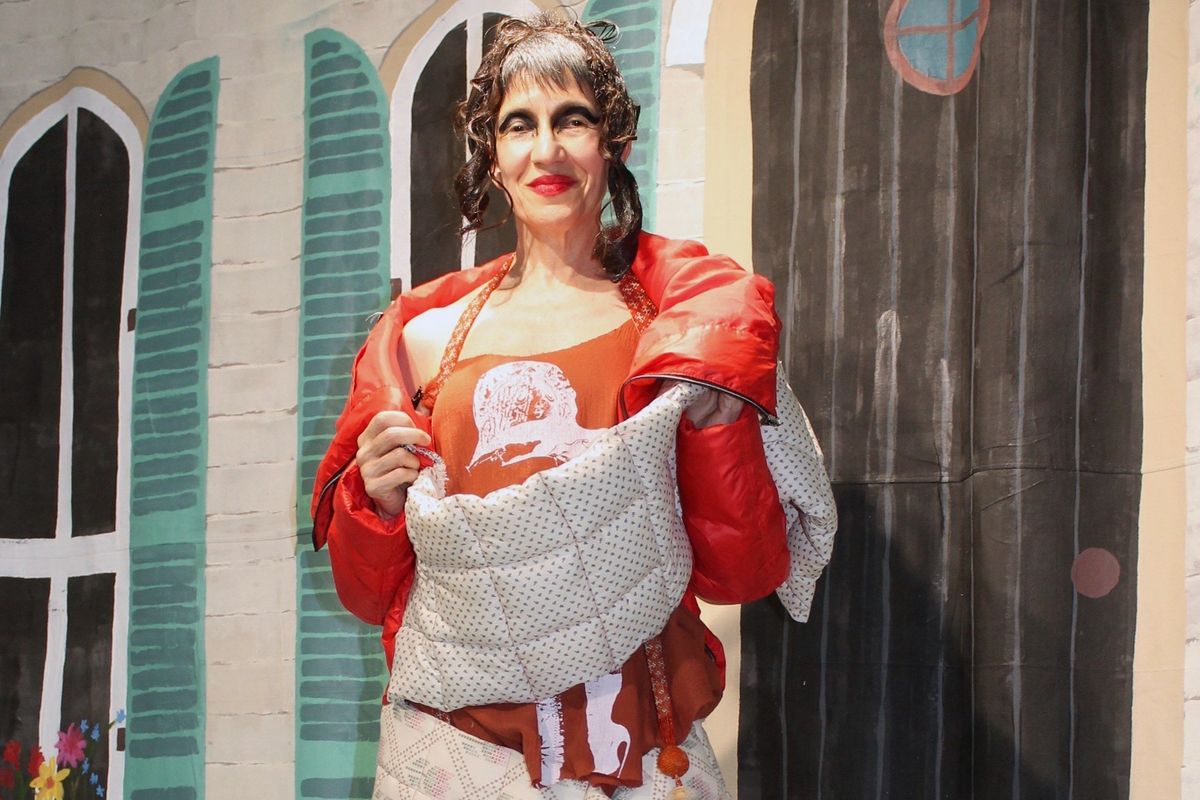 An Exhibition Where You’re Encouraged to Wear the Art Out

"Shopping is a passion for both of us, and there is so much coded desire in the process," says Mattie Rivkah Barringer who, under the moniker of Women's History Museum alongside friend/collaborator Amanda McGowan, will open a quasi-boutique-slash-art-exhibition on January 19th inside Gavin Brown's enterprise's Lower East Side gallery space. "We've wanted to sell our clothing for a while, but the New York retail scene is really boring and safe. No one is willing to take a chance on designers that don't work in a traditional capitalist way or make work that isn't easily understood."

Though primarily known within New York's art and fashion circuits for their deconstructed, patchwork garments and performative runway shows, Women's History Museum has grown to include clothing design and production, performance, sculpture, photography, and film since its launch in 2014. Using recycled materials, as well as deadstock and historical textiles — much of the duo's time is spent searching for and collecting antique fabrics — the artists create anachronistic objects and garments that explore how the feminized subject has used fashion for agency and personal narrative throughout time.

For their presentation with Gavin Brown, the designer-artists have pulled out much of their archive, as well as domestic items such as furniture and tapestries. And get this: the clothing will be for sale. Viewers will be encouraged to try on, purchase, and take away couture, one-of-a-kind garments from past seasons, as well as ready-to-wear items made for and sold exclusively at the gallery.

"I like the element of play that a boutique could encourage in opposition to a usual gallery space," says McGowan. "We're also interested in creating full experiences beyond just making clothing or artwork. It's about creating a world you can enter into."

Through the duration of the show, the gallery will showcase a series of programs featuring artists who have collaborated with or contributed to what is today's Women's History Museum. A performance from Drumloop will open the show; next, a makeup tutorial from designer/artist Gogo Graham; and to close the show, a reading from Gabriela Rivera-Morales, who's previously created sculptural shoes for Women's History Museum's runway shows.

Women's History Museum on Instagram: “Our exhibition "OTMA's Body" will open at @gavinbrownsenterprise on January 19th!! ++🏩++ *Photo by @miss_gigs”

"While going through the process of creating new work for the show, we were really thinking about all of the wonderful people that have helped, inspired, and collaborated with us along the way," says McGowan. "The title of the show, OTMA's Body, is referring to the acronym/nickname for the four daughters of Emperor Nicholas II of Russia and Alexandra Feodorovna — Olga, Tatiana, Maria, and Anastasia. It's a nickname we've also taken up in our friend group... The show is definitely dedicated to them."