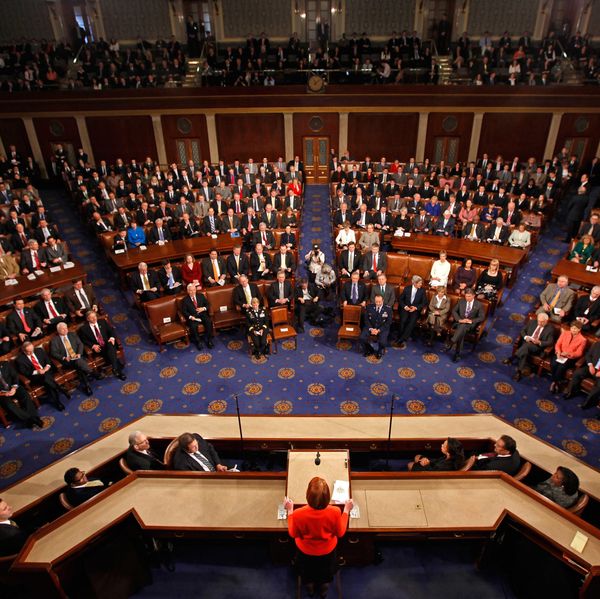 More Women Entering U.S. Politics Than Ever Before

In a truly fabulous piece of news, a record-breaking number of women are running for the house of representative in the USA, with the majority of them part of the Democrat party.

The previous record of 298 women was beat by an unprecedented 309 women, according to AP, filing across 25 states. Disappointingly, the 19 percent of female reps in 2017 was apparently also an achievement for the history books, so let's hope we head a little closer to the that 50/50 mark this time around.

Many of the women who filed claimed their motivation was their general unhappiness with President Trump and the Republican-controlled Congress.

"After a lifetime of service and taking numerous oaths to support and defend the Constitution, when I saw that our democracy seemed to be under attack, I felt called upon to serve again and felt a responsibility to serve my country again," said former Navy helicopter pilot Mikie Sherrill, who's challenging New Jersey Republican representative Rodney Frelinghuysen.

Let us aim for a time when women in positions of power no longer makes news.