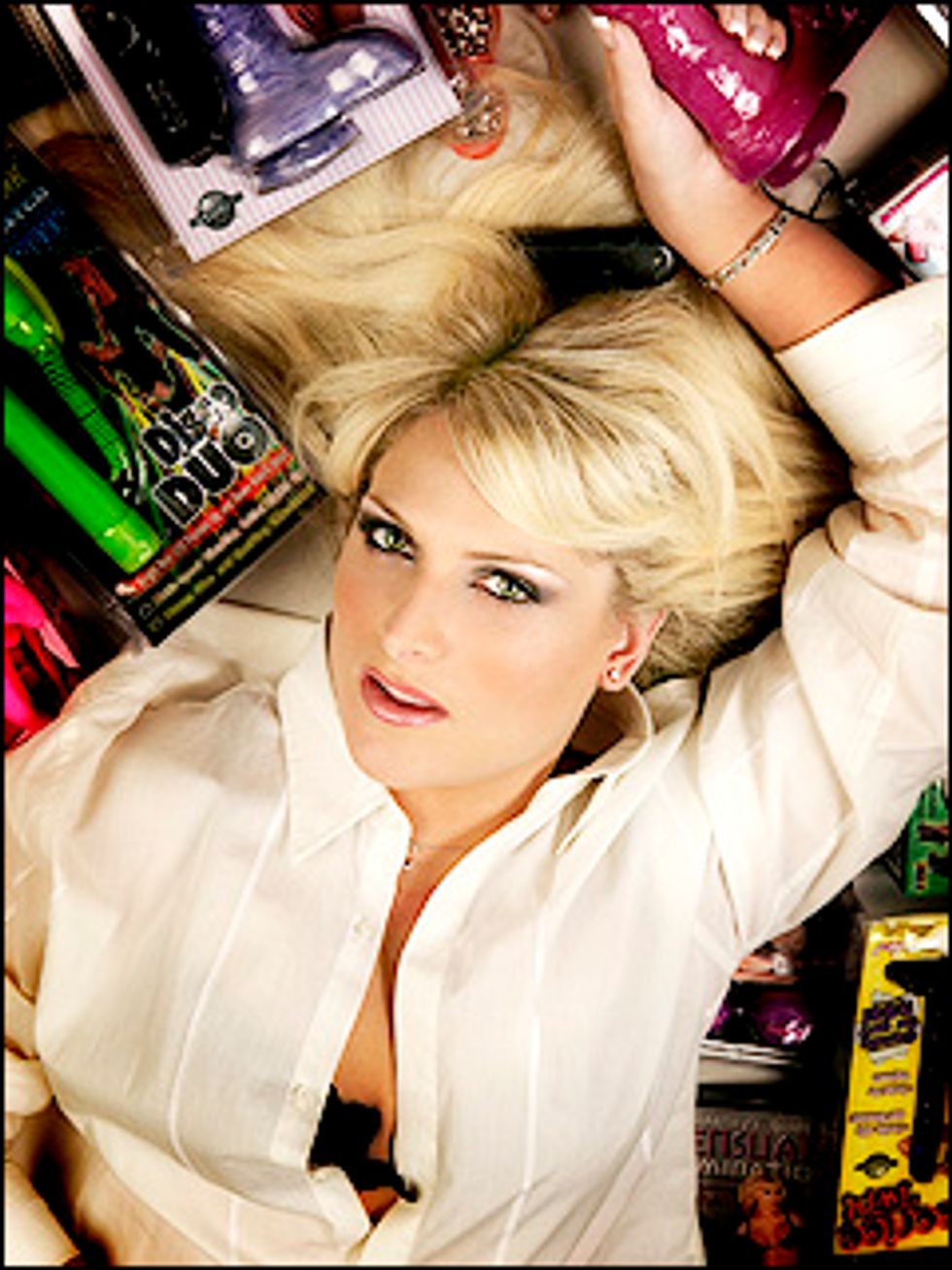 I know this is a feminist book about successful women in porn, so I'm not sure if it's acceptable to say that author Carly Milne is a hot piece of ass. Is that OK to say? I'm really not sure what the sexist etiquette is when it comes to feminism. Am I only allowed to think dirty thoughts about man-haters or am I allowed to voice my desires? Or by speaking my dirty mind am I uttering the feminist equivalent to the N-word? It's really sad that I live in a world where I am not sure if complimenting a woman's body is kosher or not. I know I'm totally objectifying Ms. Milne and I know how terrible that is but I feel it's important that the world know that the sassy photo on the back of her book is neither air brushed nor shot from some magical camera angle; my wife and I have met Carly and she is delicious. Well, we assume she's delicious. We both hoped we'd find out in no uncertain terms what she tasted like but that did not come to pass.

Perhaps, had I asked we could have learned the answer but the truth is I am not comfortable around women. They frighten me. They know something I don't and I don't like it. I get extremely nervous and self-conscious around them. This book intimidated me itself. Chapter after chapter of strong, no-bullshit women in the adult business made me shit scared to even crack the spine. Two weeks passed before I got enough balls to read the first line. In some strange way I felt like I was being ganged up on by the ladies who'd written about their contribution to the new, feminist, forward-thinking porn. I don't like feeling that way. I always do or say something stupid in those situations. My wife says I remind her a lot of Larry David in that sense. For instance, some friends of ours just got married and they sat us at a table full of feminists and lesbians. Not that there's anything wrong with that. At some point the bride came and said hello and mentioned that she was not taking the last name of her husband. Soon we were all involved in a roundtable discussion about adopting your spouse's surname or not. One of the girl-on-girl couples asked me if we were married. I said we were not, that we'd marry in July, and I simply refer to her as my wife because I refuse to ever utter that French phrase that is meant to be used as a pre-wedding title. FREEDOM FRIES! Then I was asked if she would be taking my name. Without thought, I said, "Of course. She doesn't have a choice." Jaws hit the table. The women were enraged. You'd think I had personally extinguished 35 years of burning bras with my words. Then one of the more macho ladies puffed out her chest, raised her chin at me and declared, "I'd never change my name for anyone." I replied, "That's fine." Then I explained to her that, "You don't need to worry about that because you're a lesbian and lesbians don't have the power to change last names. It's a super-power that comes with having a penis."

It was right about then that everyone got up and walked away from our table, not to return for the rest of the evening, leaving the entire table to me and my wife, which was awesome because we had, like, 12 pieces of cake.