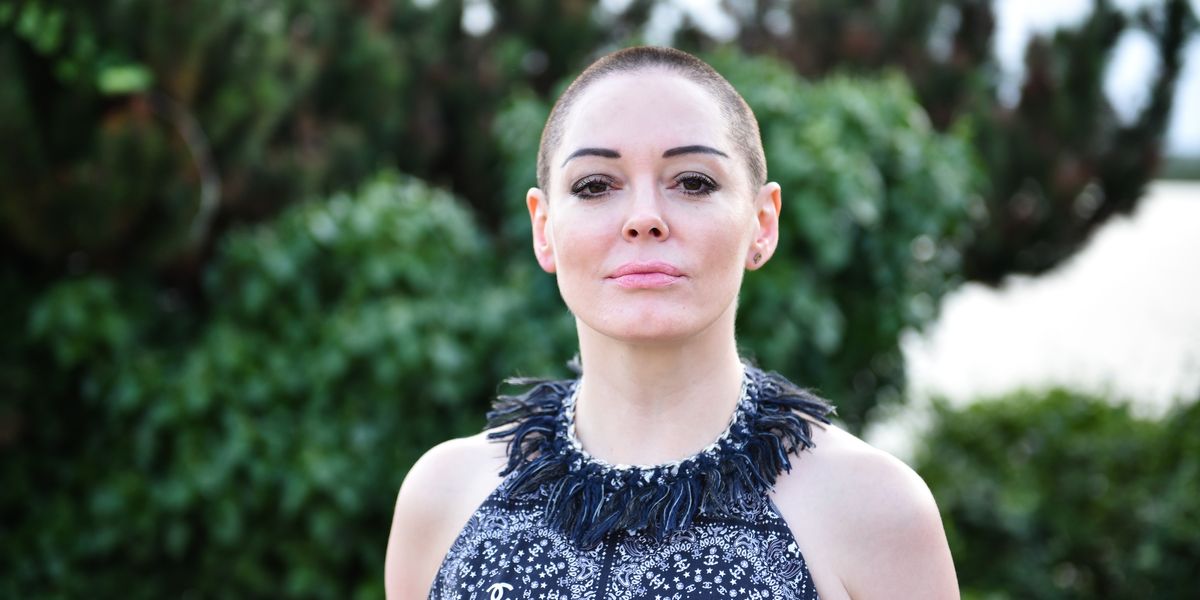 Women Are Boycotting Twitter Today In Support Of Rose McGowan

Today, many women and men will boycott Twitter in solidarity with Rose McGowan, who was temporarily blocked yesterday, after calling Ben Affleck out for his complicity in Harvey Weinstein's predatory behavior. Twitter reinstated McGowan yesterday, explaining that the banning wasn't a result of McGowan's statements about Affleck, but rather because she posted a personal phone number, which is against their Terms of Service. Despite this, some on Twitter have seized this moment to protest the silencing of women through a 24-hour boycott of the platform.

#WomenBoycottTwitter seems to have began with this tweet by @racqueldesigns, which was seen and shared by McGowan...

Signing off for the night and all day tomorrow in solidarity with @rosemcgowan + the women and survivors everywhere… https://t.co/JBYWbCvfza
— 𝖗𝖆𝖖𝖑𝖊𝖙𝖙𝖊𝖗 (@𝖗𝖆𝖖𝖑𝖊𝖙𝖙𝖊𝖗)1507857596.0

MEN: if you are on here tomorrow, I urge you to AMPLIFY our voices. Call on your brothers to be better, go after ones who won’t. #ROSEARMY
— rose mcgowan (@rose mcgowan)1507873689.0

Many other celebrities have followed suit...

Ladies. Let's do this. #WomenBoycottTwitter. Not because of hate but because I love this platform and know it can be better.
— christine teigen (@christine teigen)1507864780.0

Of course, not everyone is so enthusiastic about the #womenboycott Twitter movement. Prominent women of color on the platform are calling attention to the disparity in the outrage and solidarity when WOC voices are routinely silenced. After all, everybody was content to continue tweeting through Jemele Hill's suspension or Leslie Jones' abuse.

Now people want to boycott twitter? Always interesting where and for whom people draw the line.
— roxane gay (@roxane gay)1507873525.0

I’m not participating in #WomenBoycottTwitter, for two reasons: 1) ask yourself why this solidarity never happened for women of color.
— Dr. Jacquelyn Gill (@Dr. Jacquelyn Gill)1507897079.0

There is yet another contingency on Twitter using the #AmplifyWomen who argue that even though boycotting the website may ding their bottom line today, silence only truly benefits abusers.

I applaud the sentiment behind #WomenBoycottTwitter but it hasn't been thought through. Silence is the accomplice o… https://t.co/WKDuXhRxjp
— Kerry Daynes (@Kerry Daynes)1507896147.0