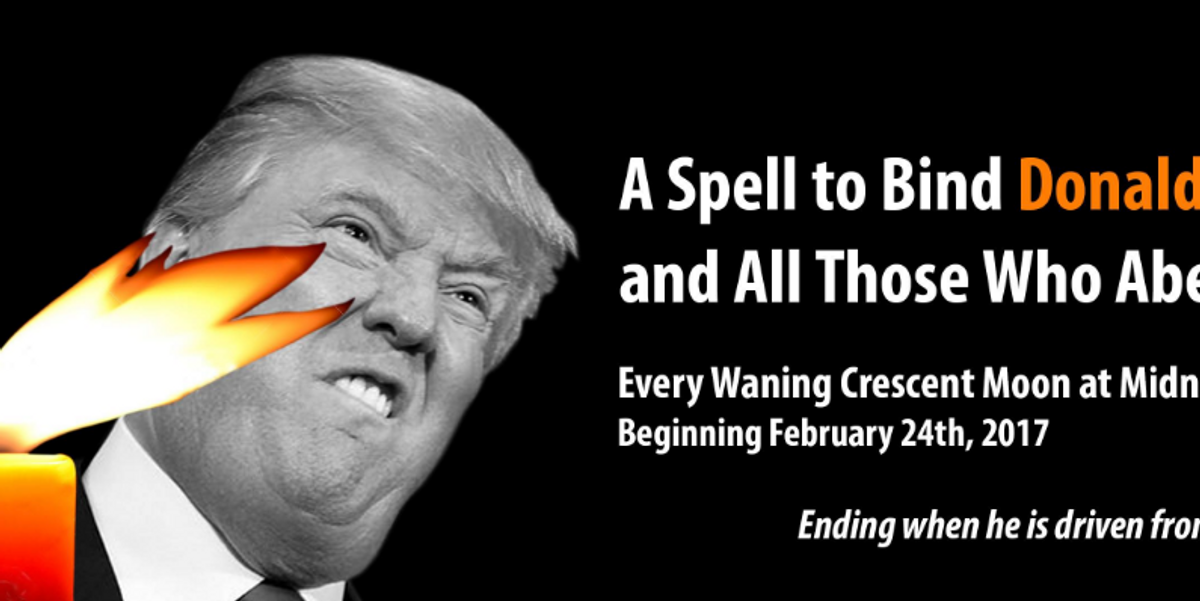 The witches are back and directing their powers towards a very important cause tomorrow: the fate of one @realDonaldTrump.

In what they hope will be the "largest mass binding spell in history", according to the official Facebook page, the witches plan to unite to expel the real estate tycoon and reality TV star from the White House.

The plan requires an orange (go figure) candle engraved with Trump's name, a feather, a Tower tarot card, an "unflattering" photo of the billionaire (so any photo will do), the waning crescent moon and the capacity to visualize the billionaire "blowing apart into dust or ash". Witches around the world will repeat this ritual every time the circumstances align until Trump is just an embarrassing blip in US History.

"This is not the equivalent of magically punching a Nazi," says the event page. "Rather, it is ripping the bullhorn from his hands, smashing his phone so he can't tweet, tying him up, and throwing him in a dark basement where he can't hurt anyone."

This hex follows that which was cast on rapist Brock Turner last year, a concept which similarly brought forth a large crowd of witches. The Trump version of the spell, however, has already attracted twice the number of participants who went after Turner.

Event creator and "eclectic magician" Michael M. Hughes, claims the spell has "enormous potential" but wants to reiterate that its intention is not to physically harm the president.

"The ideal outcome is that Trump is eventually removed from the presidency, impeached, or resigns," he explains. "The damage this administration is doing daily is horrifying. It's time to fight back, by every means at our disposal. And I believe it's working already, just by the fact that so many people are doing it."

Head out to your nearest candle retailer, team.