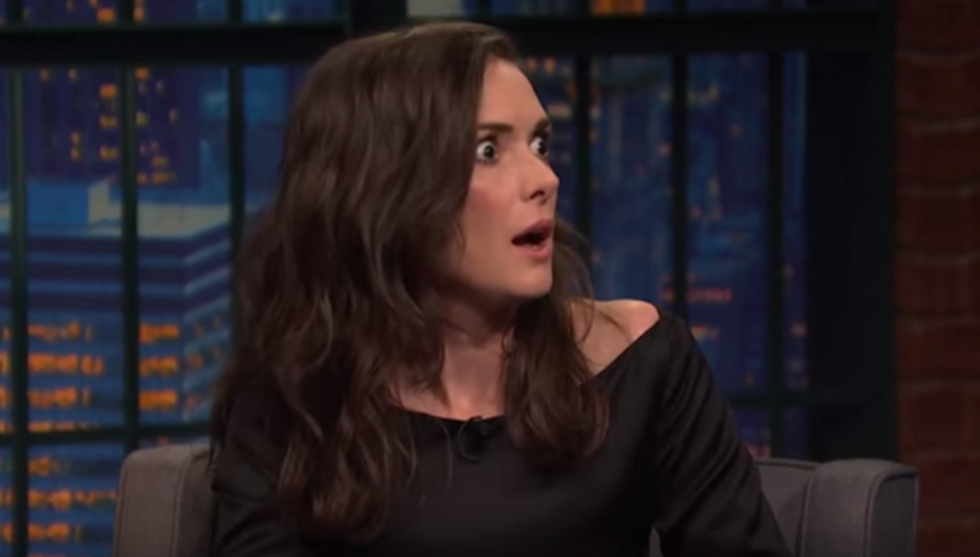 Winona Ryder Confirms That a Beetlejuice Sequel Is On The Way

By Sandra Song
PAPERMAG
Beetlejuice's back from the dead...again, as OG star Winona Ryder confirmed that the sequel to the 1988 classic is definitely happening last night on Late Night with Seth Meyers.
And while Ryder was hesitant at first to share the news, she thankfully remembered the MTV News interview Tim Burton did back in December, in which he disclosed that Dark Shadows writer Seth Grahame-Smith had already drawn up a preliminary script.
"It was very hush hush, top secret," she said. "And then [Tim Burton] was doing some press for Big Eyes and he did an on-camera interview and he said, 'Oh yeah we're doing it and Winona's going to be in it,' and I was like [happy shrug]."
Man, did Wino make our millennium or what?
You May Also Like
Fashion