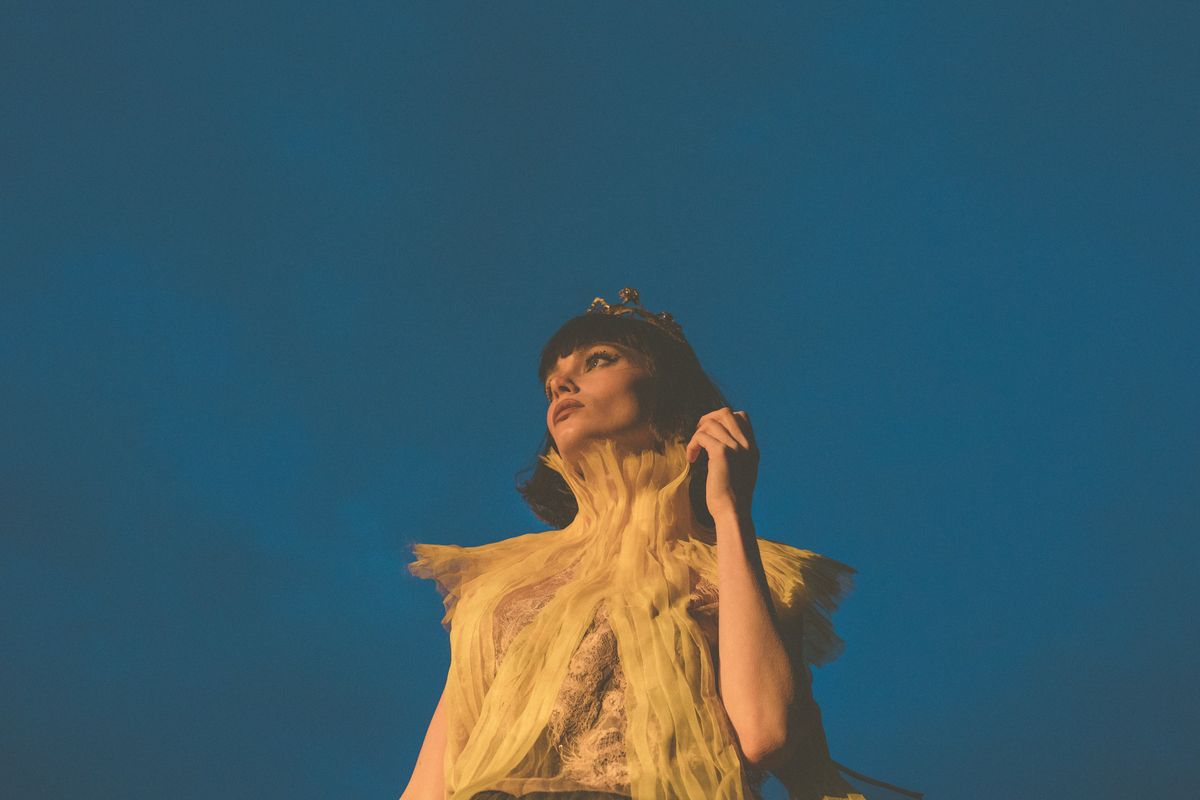 Winona Oak is a name you should know. With epic Chainsmokers collaborations under her belt (You've already heard 2018's "Hope"), a respectable reputation in her native Sweden and now rising popularity elsewhere, you definitely will soon.

After listening to the equally danceable, somber and contemplative SHE, her new EP out today, you'll understand why — as her synth-backed vocals descend from whispery, dainty highs to striking and sultry lows. Lyrically, the electro-pop musician pays homage to strong women in every respect, delivering body and sex-positive anthems, and touching on important topics such as mental health and self-love.

The title track tells the story of a fearless woman who is "nothing but trouble" and has the "devil paying her bills," as sizzling distortion tears at its seams. Then, "Piano in the Sky" is stunning and sullen with a piano-based melody and lyrics that chronicle "a love so dark it's hard to hide." Haunting Gregorian chants ground "With Myself," as Oak admits that she's "thinking about her body" and how she "doesn't need" anyone else. "The Light," finally, is a slow-burn pop ballad that capture Oak's struggles with anxiety: "I don't wanna live/ I don't wanna die," she sings.

In the Julian Gillström-directed "SHE" music video, premiering today on PAPER, Oak plays two different versions of herself: "one that's innocent and angel-like and one that's mad and crazy," she says. "It was recorded at an abandoned factory in Sweden with a thunderstorm on the outside, so you can actually see a lightning strike behind me in one of the shots. I'm really happy we caught it on camera. It was a bit of a challenge to bring out that inner craziness and really loosen up, but I had so much fun while creating this one."

Below, Oak breaks down all four tracks on her new release. She gets into what the EP means to her as a musician and woman in an industry of insurmountable hurdles and ladders to climb, all just to be taken seriously.

"The Light" (written with Max Cooke)

Nothing is as scary as battling with your own mind. As someone who's been struggling with severe anxiety and panic attacks for a long time, I wanted to talk about the darkest moments when you're battling the fear of your own thoughts, when all you want is to feel the beauty of life again, to know that the light is still there somewhere. And I promised myself— one step at a time — and the strength will find its way back to me.

"Nothing is as scary as battling with your own mind."

"SHE" (written with Joakim Berg and Gustav Nyström)

"SHE" is a character that we created while writing this song, but it's also referring to the fact that "SHE" could be anyone. We live in a segregated society with hierarchical structures where we're desperately striving for money and power. "SHE" represents that unpolished and darker part of you that would be willing to do anything in order to climb up the ladder.

"With Myself" (written with Max Wolfgang and Sly)

There's so many double standards in today's society. Women are constantly shamed for showcasing our healthy desire to be sexual. And we are seen as "bossy" and less likable for being successful, compared to our male colleagues. When we wrote "With Myself" we wanted to take all these things and play around with the concept of a "bossy," badass woman counting her money, buying her own gifts, enjoying the space in her bed and making love to no one but herself. YOU are in charge of YOUR body and YOUR sexuality — and that's a beautiful thing, so I want you to own it. It's about time that we make more love with ourselves.

"There's so many double standards in today's society."

"Piano in the Sky" (written with Max Cooke)

This song is based on a dream that I had about a piano playing above the clouds. For me, the piano represents all my fears and darkest secrets — all the repressed emotions that I've been running from. It's almost like a song playing far away in my subconscious. I must find the courage to face it, I have to break the silence in order to heal. But sometimes, I just wish that I didn't feel anything at all — and that's okay, too.