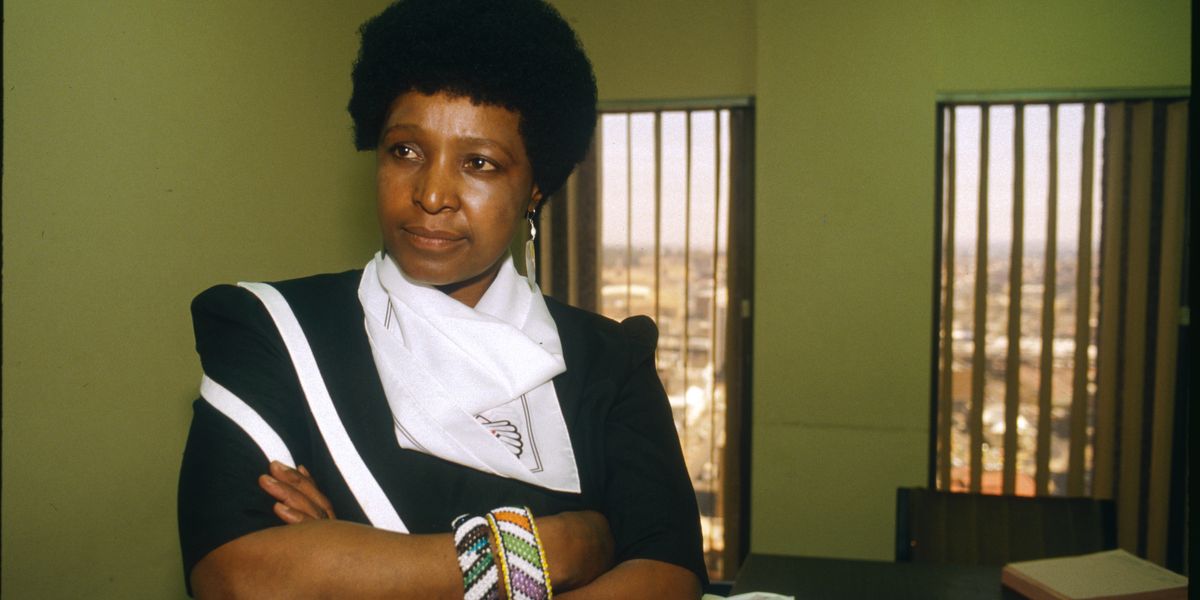 The world bids goodbye to another beautiful female icon of color. Winnie Madikizela-Mandela was not only first lady to anti-apartheid revolutionary Nelson Mandela, but was a great South African anti-apartheid activist and political leader herself. Mama Winnie fought the good fight, even as she was regularly detained and tortured by the National Party government. She did everything she could to plant seeds for justice and equality in South Africa, and did so until the age of 82 with bravery and pride.

Among the people who honored the "Mother of the Nation" at her funeral in the township of Soweto was Economic Freedom Fighters leader Julius Malema, who said, "I am not here not so much to bury Mama, because Queen Mothers do not die. They multiply into a million red flowers of love and freedom." Instead, he was there to defend Mam'Winnie and express his anger at those who betrayed her, calling out the African National Congress party and the United Democratic Front specifically.

British supermodel and activist Naomi Campbell also went up on the podium at the Orlando stadium to give her tribute "She was the epitome of courage and strength‚" she said. "She was a heroine of the whole continent. She never ever waiver in her conviction and courage."

Campbell, who recalled Madikizela-Mandela's warmth and kindness on her visits to South Africa, ended her speech in tears. "Let freedom reign. God bless Winnie Mandela. May you rest in the greatness of the Kingdom of God next to extraordinary people. I love you."