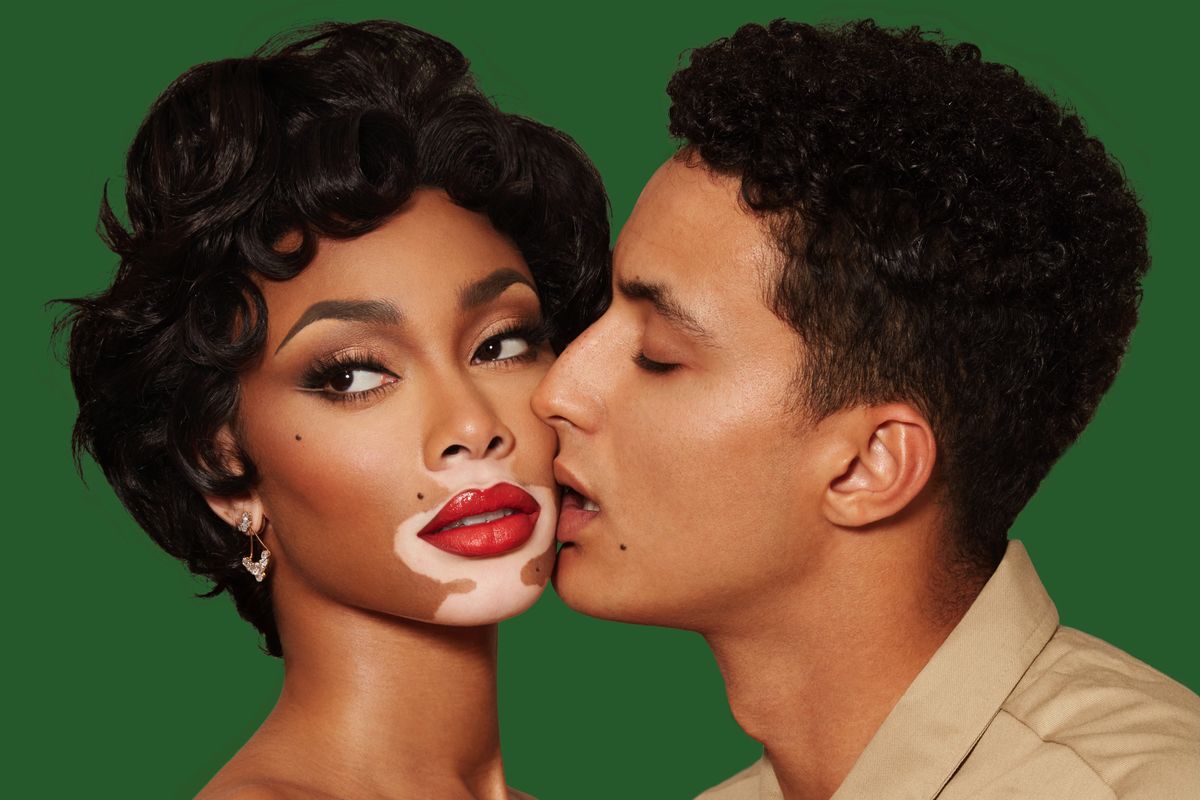 Winnie Harlow threw it back to Hollywood's Golden Age with her glamorous Halloween couples costume.

Outfitted in looks made from scratch by costume designer Dash Holcomb, Harlow explained that she loved the whole process of creative directing the looks, all while paying homage to the first woman of color to be nominated for the Academy Award for Best Actress.

And though the couple may have spent the holiday weekend social distancing together, that doesn't mean that the internet can't get a glimpse at their exquisite, Brandon Gray-styled looks via glamour shots done by photographers Albert Sanchez and Pedro Zalba.

Check out their Halloween photoshoot for yourself, below.

How did you decide on your Halloween costumes this year?

This was the first year I had a boyfriend and was in the same city as them for Halloween, so I wanted to do a couple look. We already love matching fits, so matching costumes are definitely for us. Dorothy Dandridge and Harry Belafonte were a young Black couple in Hollywood and with me making my move to LA, it felt very fitting.

How did you execute the looks?

Kyle's stylist, Brandon Gray, made our looks from scratch with costume designer Dash Holcomb. We jumped on calls with him to discuss the vision and go through references, and then we did fittings and he really killed the execution of it all alongside Dash. The iconic photographer team Albert Sanchez and Pedro Zalba shot my Marilyn [Monroe] Halloween look last year and now it's become an annual tradition, so we joined forces again. Adam Burrel is my makeup artist and has pulled off all my favorite Halloween looks, including my RuPaul costume which became a global MAC campaign, so I always need to have him every year. And finally, I recently started working with [hairstylist Cesar DeLeon Ramirez] and he has already created so many different hair looks for me. He flew in just for the shoot. The whole team did an amazing job.

How did you celebrate this year?

I spent it with my boyfriend. With how crazy everything is in the world right now, Halloween gave us a couple of nights of make-believe and escapism. It also gave us the chance to be creative and make new memories.

Being in RuPaul drag and no one knowing it was me except Bella Hadid.

What's your most regrettable Halloween costume?

None. I always love the creative process behind executing a character or person and working with my team to create something fun, and getting to play iconic and historic people. The whole process from start to finish is really fulfilling for me, and I truly love the creative directing process and seeing the end result of something that was just an idea and we all created and executed from scratch.