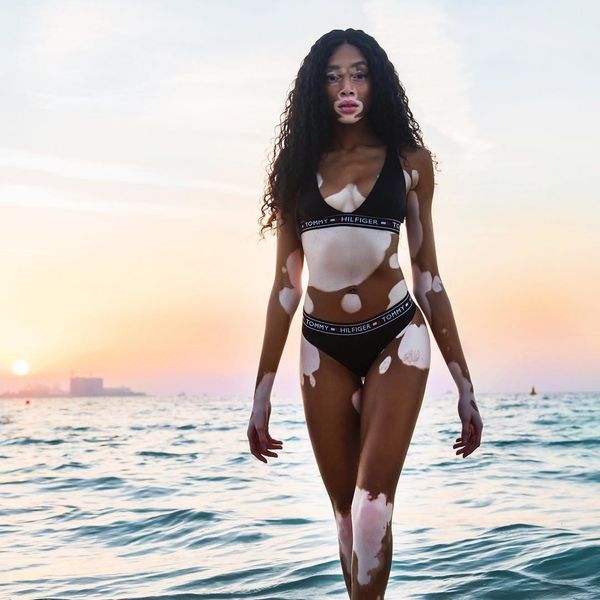 Winnie Harlow to the Media: 'Do You See Me Suffering?'

Model Winnie Harlow called out London newspaper the Evening Standard for labeling her a "Canadian vitiligo sufferer" in a caption below one of her Instagrams they reprinted.

Harlow has vitiligo, a condition that causes skin to lose pigmentation, and has built a successful modeling career as a striking figure in a sea of sameness. In her post, Harlow said despite headlines suggesting otherwise, she's far from suffering. "I'm sick of every headline ending in 'vitiligo sufferer' or 'suffers from vitiligo.' Do you see me suffering? The only thing I'm suffering from are your headlines and the closed minds of humans who have one beauty standard locked into their minds when there are multiple standards of beauty!"

♔Winnie Harlow♔ on Instagram: “@eveningstandardmagazine @evening.standard and all other tabloids, magazines and people who write articles on me PSA: I’m not a “Vitiligo…”

The photo in question is from a recent trip to Dubai Harlow took in which she frolicked on the beach, went clubbing and played with exotic baby animals. Suffering where?