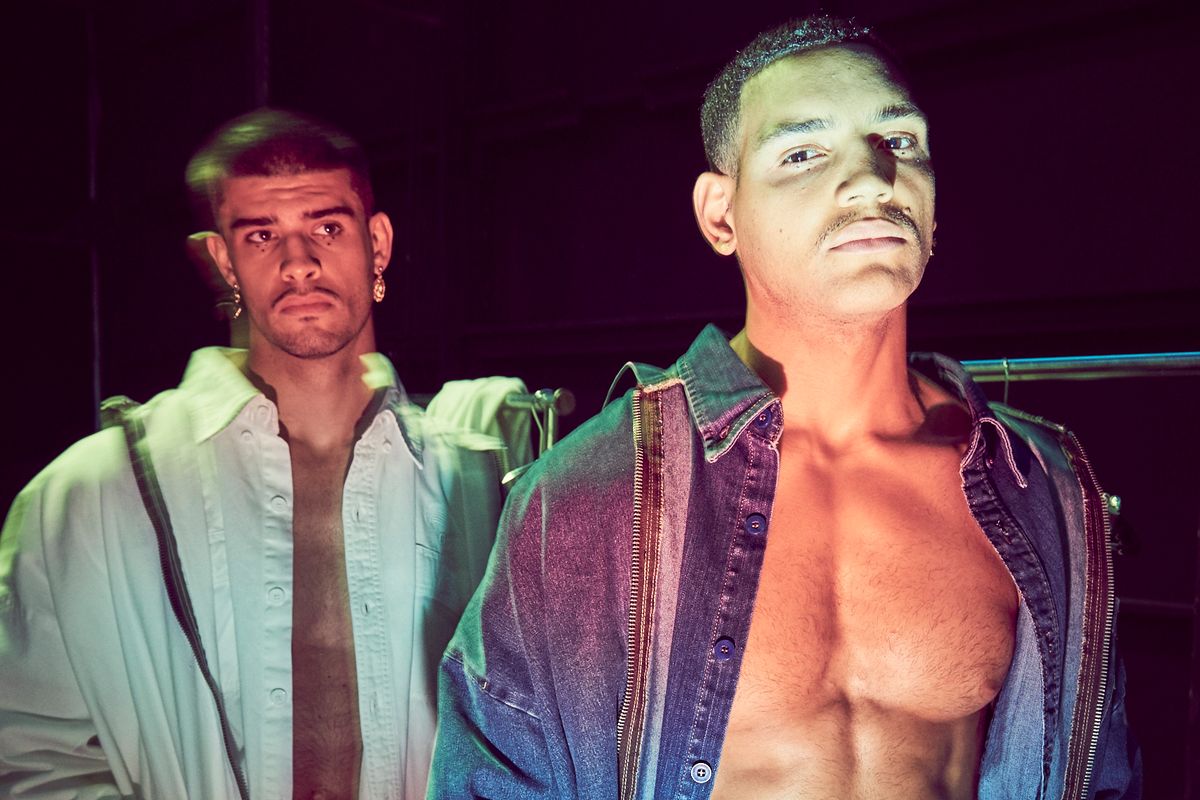 Willy Chavarria has a knack for weaving social commentary into his emotionally charged collections. Last season, the designer tackled the hardships faced by marginalized groups including immigrant Chicano workers and those trapped in the U.S. prison system. In his spring 2019 collection, the Central Valley California native zeroed in on the poignant and timely subject of migratory status.

Seconds before the first model stepped onto the runway, a solemn voice echoed through the show space asking, "Have you ever seen a human in a cage?" That heart wrenching question — a relevant one considering the ongoing detainment of immigrant families and the separation of children and parents — punctuated the collection's palpable sense of disappointment in American identity.

Inverted American flags and the upturned and reversed word "American" were strewn across oversized sweaters and sweatshirts. To counter that expression of uneasiness, Chavarria emblazoned a portrait of Representative Maxine Waters over a navy t-shirt with the word "fighter" printed over her head.

That sense of optimism was carried forward in Chavarria's collaboration with Danish sportswear brand Hummel known for its soccer gear. A sport that unifies people the world round regardless of race, religion, or documentation status, Chavarria sought to acknowledge soccer's status as a treasured part of Latinx culture.