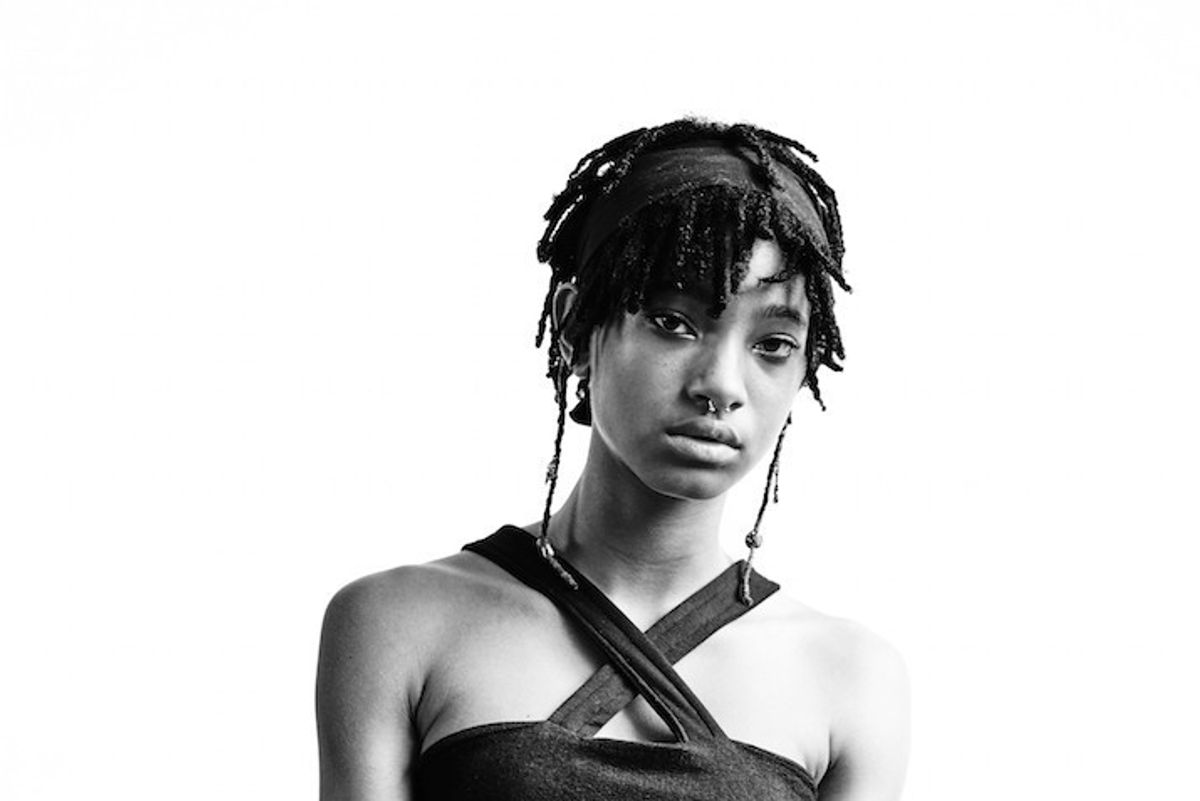 Zoe Kravitz, Dev Hynes, And Others Team Up To End Gun Violence

In the wake of countless deaths resulting from gun violence in the United States, the organization Everytown has team up with Okayplayer, a website run by Questlove of The Roots, as well as with a number of actors, musicians, and artists to raise awareness of the ways in which, "the easy access to guns… affects small towns and big cities… and has increased the mortality rate in places such as Chicago, Milwaukee, Cleveland and Baton Rouge."

According to Everytown, 33,00 gun-related deaths happen in the United States every year, and Americans are, "25 times more likely to be murdered with a gun than people in other developed countries", making the issue of gun control a pressing one.

To help get the message across, Okayplayer invited celebrities such as Willow Smith, Jada Pinkett-Smith, Zoe Kravitz, and Dev Hynes to come to the 9th annual Roots Picnic to participate of the campaign. Black and white portraits of the participants were taken by photographer Shayan Asgharnia. All the images feature orange signs that say, "We can end gun violence". 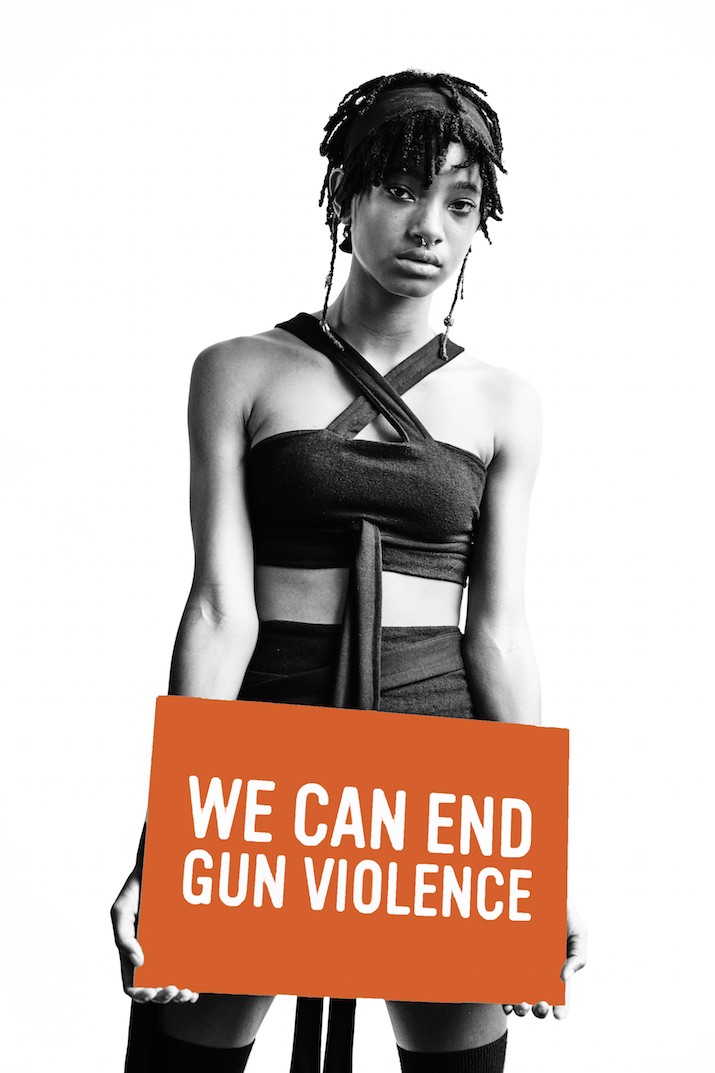 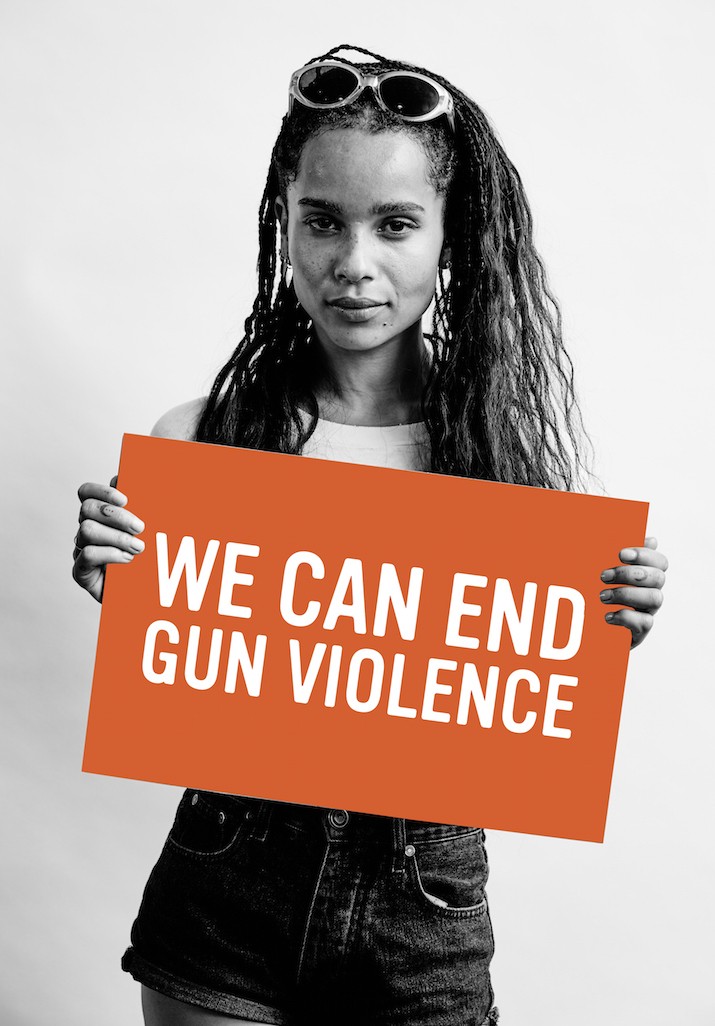 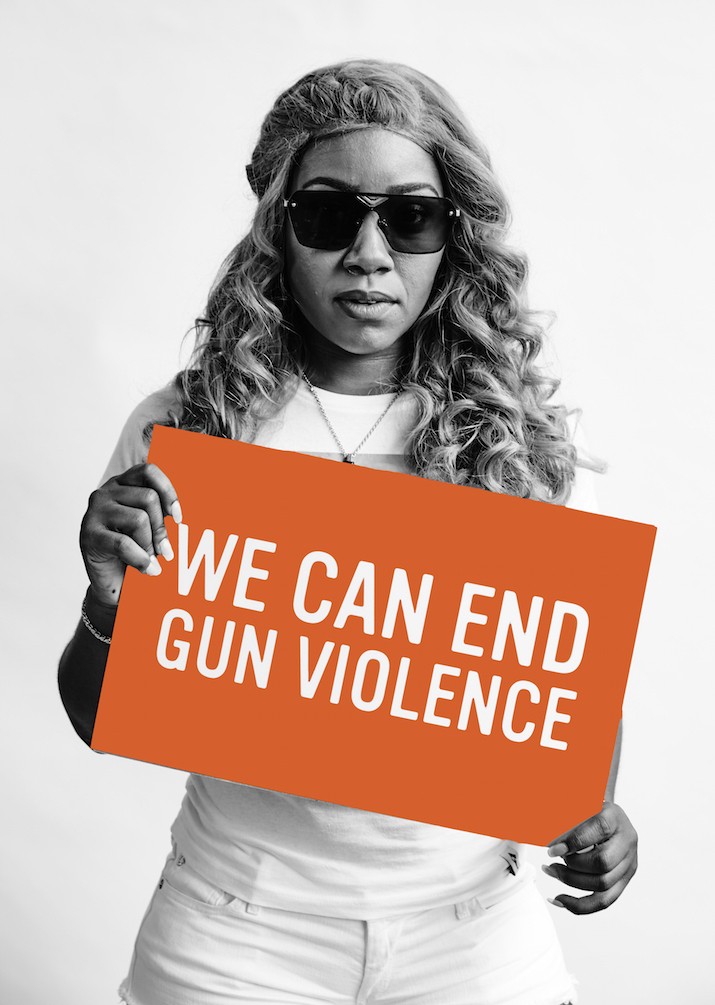 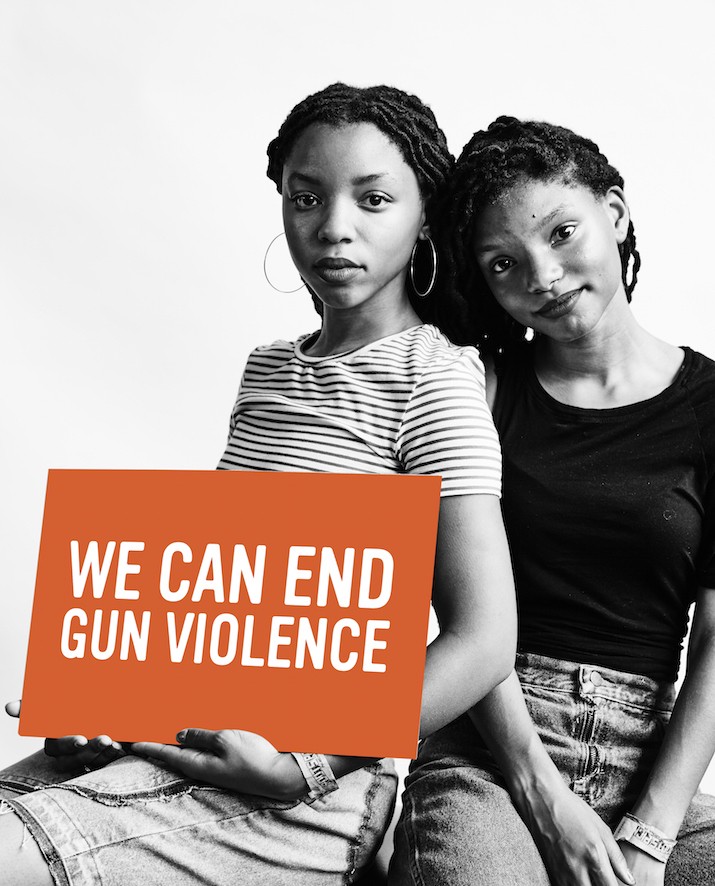 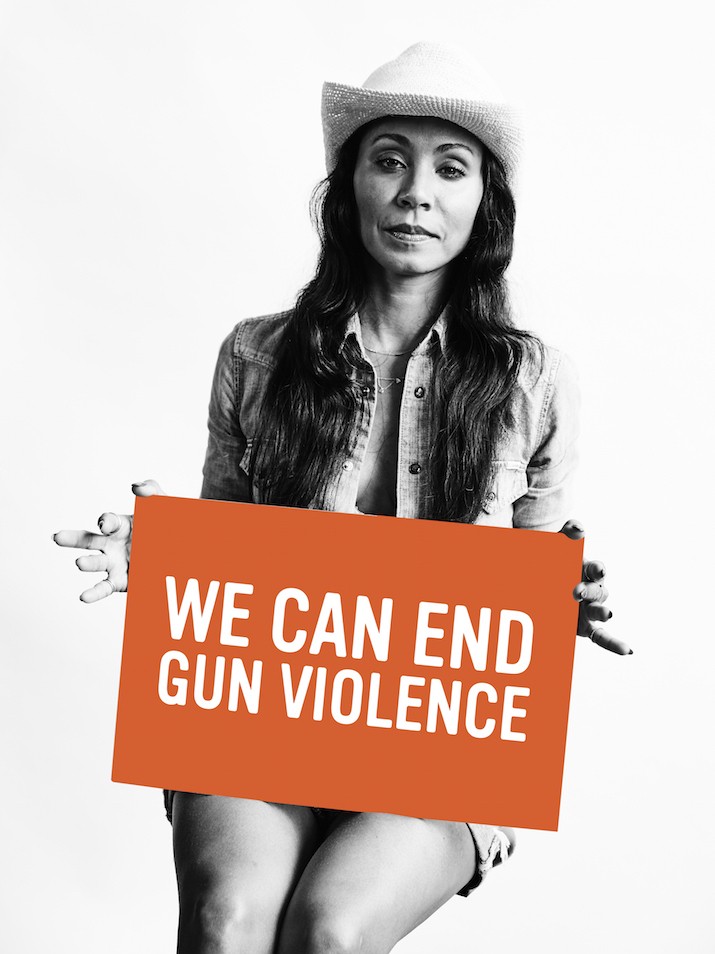 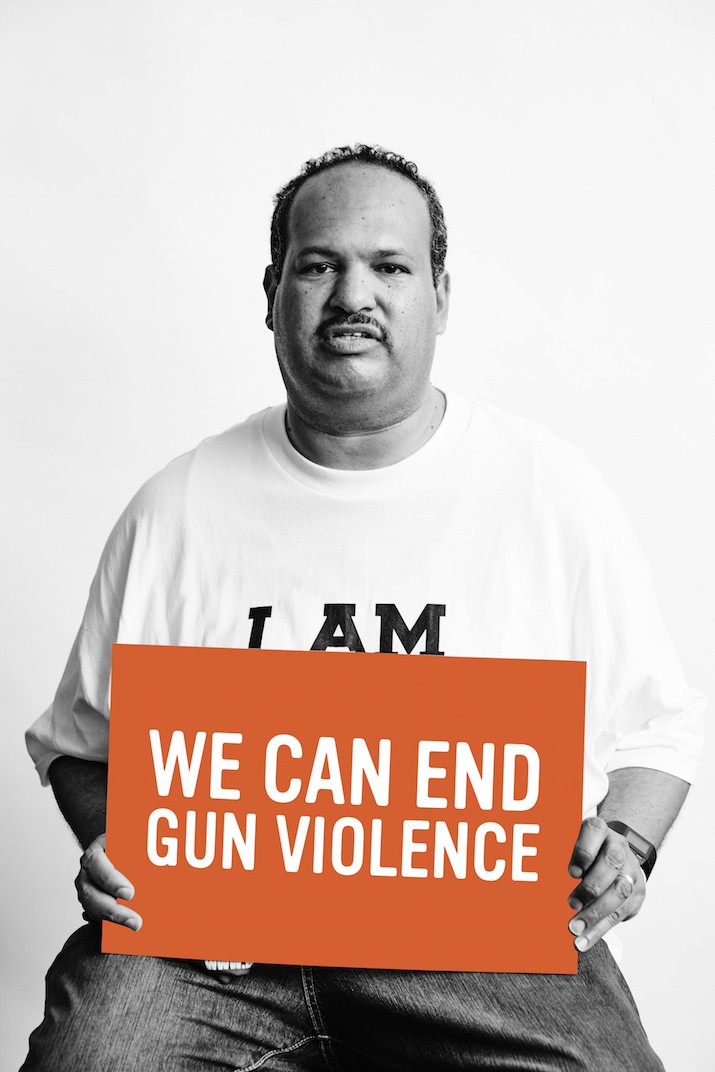 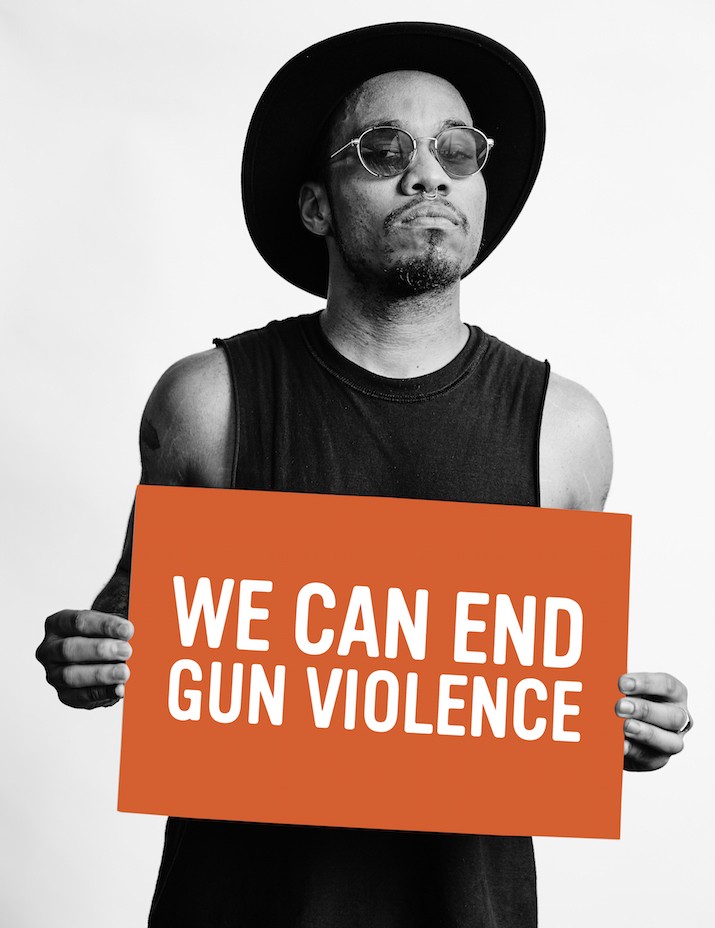 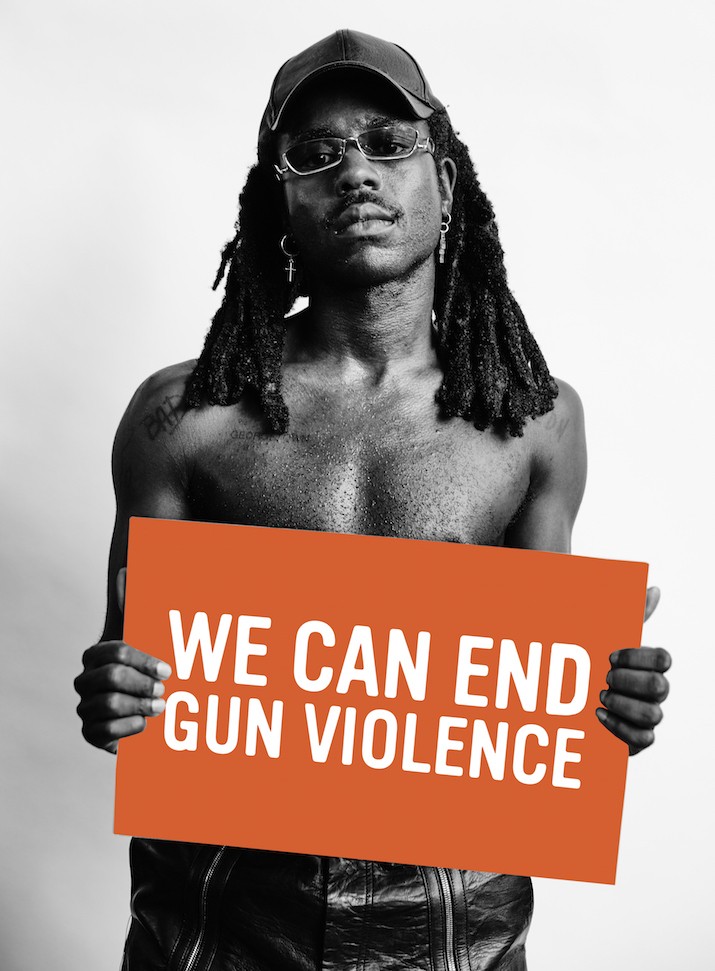 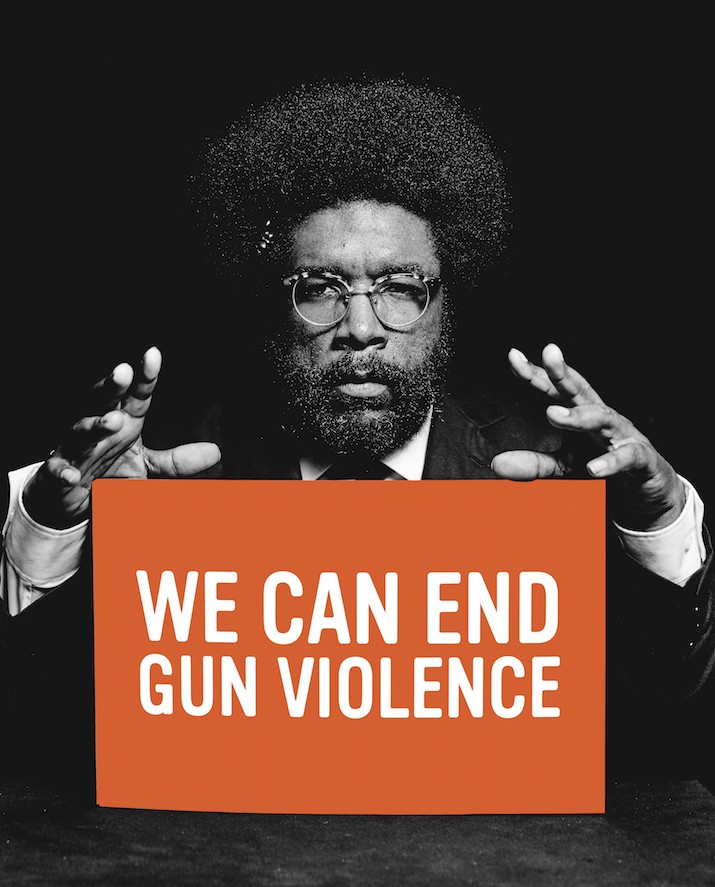 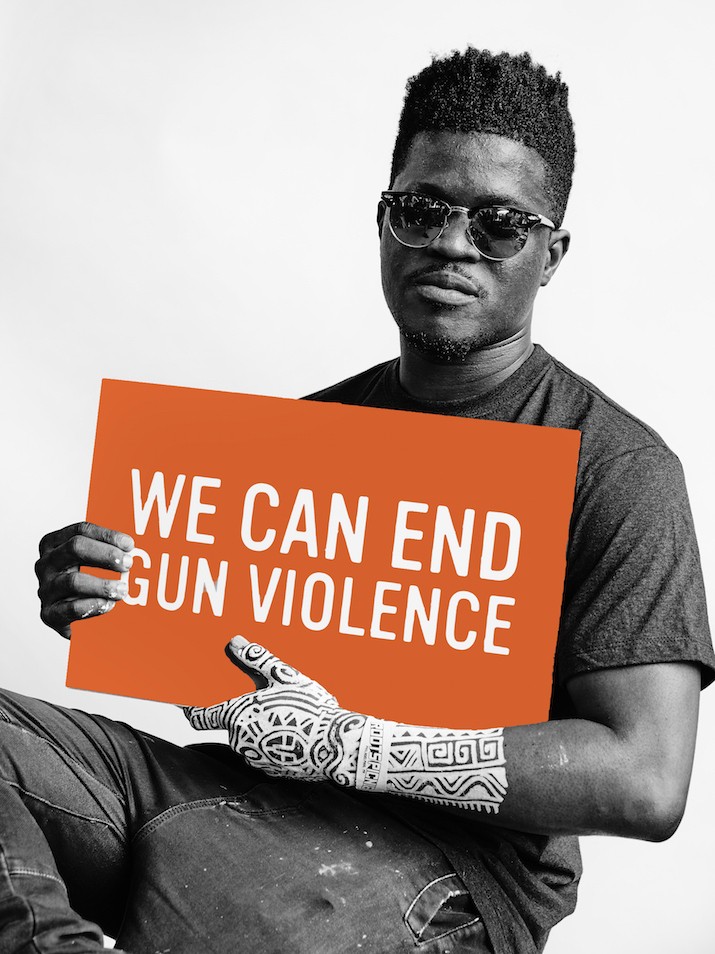 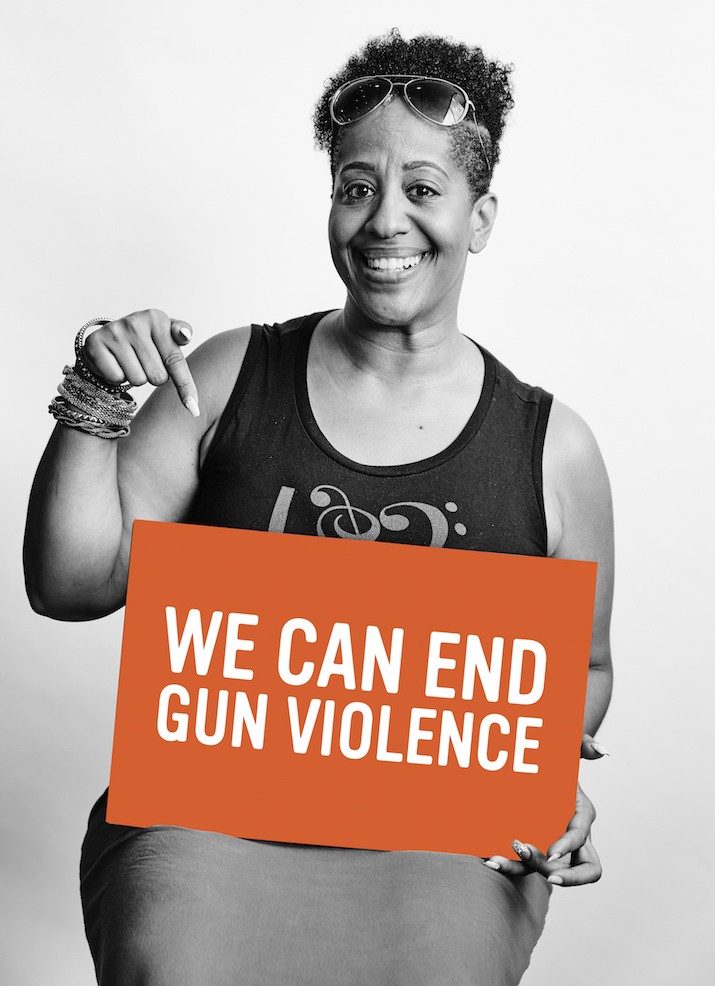