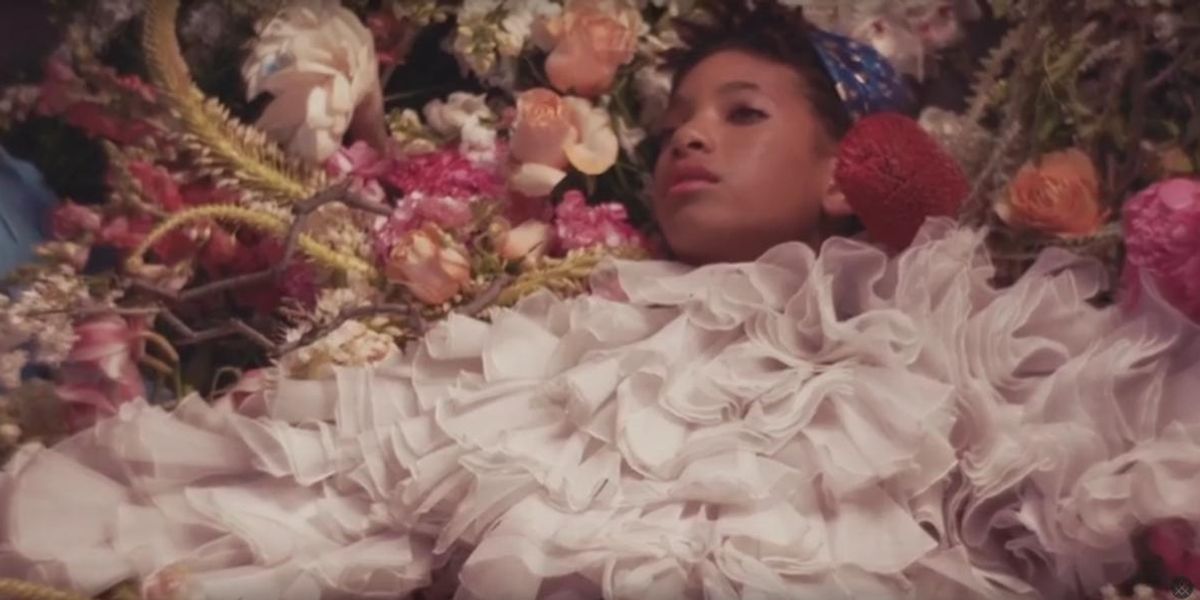 Stance has tapped Willow Smith to represent a new line of vibrant socks, designed by the singer/newly signed model, called 'PUNKS AND POETS.'

The company released a dreamy, floral-heavy, Tumblr-heaven of a video promo, where the youngest Smith models the striking stockings, while wearing some next-level frocks.

As Willow broods among the flowers, her seriously amazing electro-dance hall single 'Waves of Nature,' plays.

As FADER reported, Stance's SVP of its women's division, Candy Harris, relayed her excitement over the soon-to-be released line.

It's an honor to work with Willow, she has such a strong creative point of view and her unique take on the world illuminates everything around her. She epitomizes our Uncommon Thread mantra and will undoubtedly play a role in inspiring the next generation of creative visionaries.

Watch the promo below; you can buy PUNKS AND POETS here.