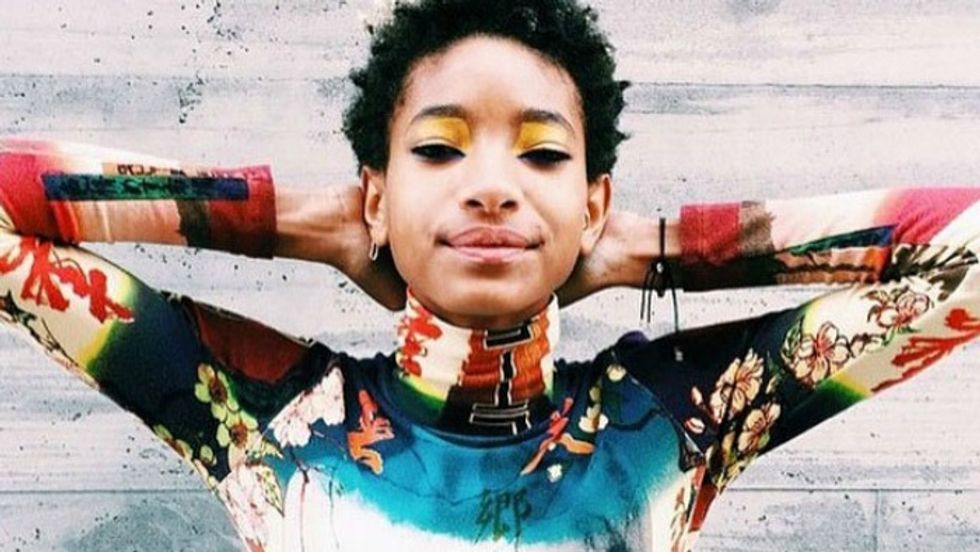 Willow Smith Gets Spiritual with Her New Track "Mecca"

By Sandra Song
PAPERMAG
Coolest teen in the universe Willow Smith has a new, spiritual track that has her talking about Mecca.
Called "WeepingWillow/Let's Go To Mecca," the titled appears to be a play on names for Smith and her collaborator Crystal Mec (Mecca Kalani), but there's something way more poignant buried deep beneath the puns.
Hypnotic and woozy, it's a gorgeous track that's a stark contrast to her last single, the guileless, chakra-inspired banger "F Q-C #7." Filled with airy inflections and oscillating vocal samples, there's an aura of meditative calm underlaying the entire song, lending it a truly transcendental edge. Weeping Willow, you go (to Mecca).
You May Also Like
Art