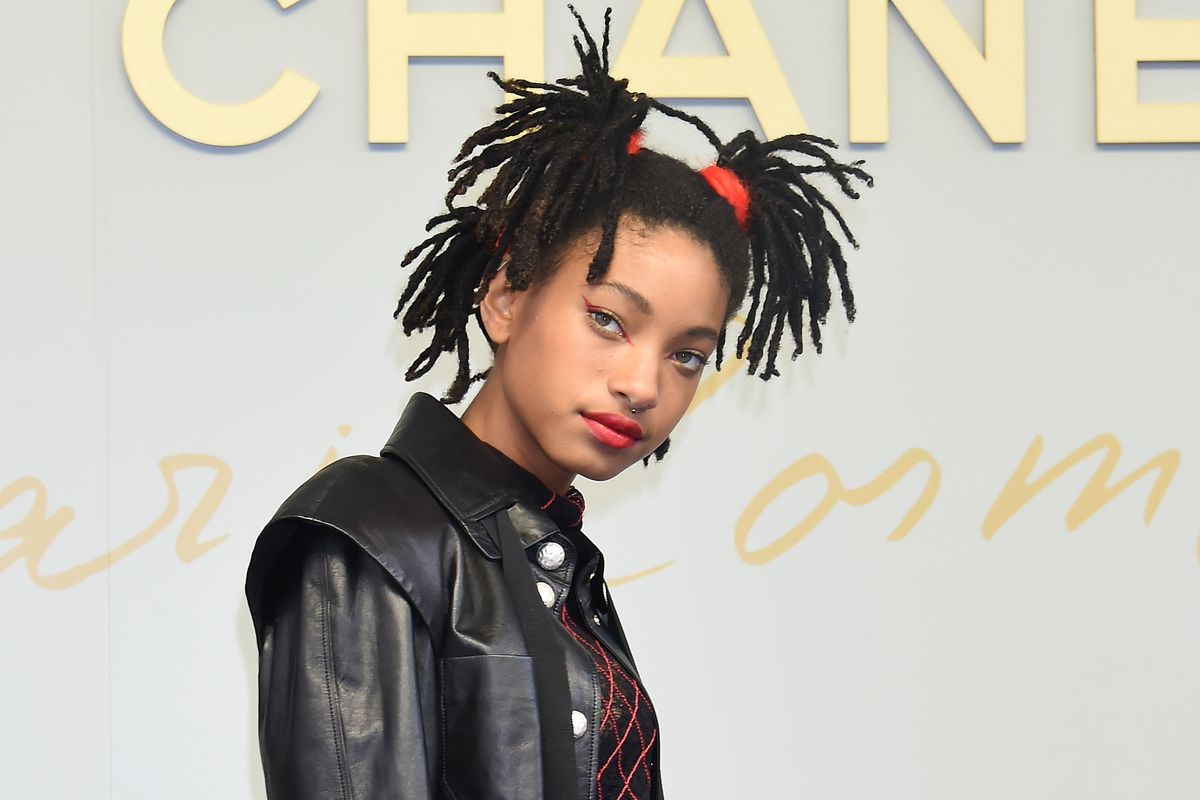 There's not a lot that's off limits when it comes to Willow Smith, Jada Pinkett Smith, and Adrienne Banfield-Jones' far-reaching roundtable series, Red Table Talk. And now, the famous family is now opening up about a particularly painful incident involving Willow, which led to an investigation by Child Protective Services.

In the latest episode of the Facebook Watch show, Willow opened up about feeling the need to defend her parents from rumors in the media, which led to a conversation about the 2014 controversy surrounding a photo of her with close family friend Moises Arias.

At the time, a photo of a then-13-year-old Willow lying in bed next to the 20-year-old Moises led to a few shady online rumors and eventually spurred an in-home investigation by CPS.

"We took a picture and Moises had his shirt off," Willow said, before Jada elaborated by explaining that, "The boys basically lived with us, so they're like her brothers. These boys are always in this house with their shirts off."

And while Willow said "there was no sexual intonation in that picture whatsoever," she brought up the important point that she was subjected to a heightened level of scrutiny by virtue of being a young Black girl.

"I find that other celebrities, females who aren't Black, who are younger, and who do post things that are way more sexual than that, they don't get any backlash," she said. "That said a lot."

And while Jada recalled Jaden and Willow both being "like, 'whatever'" about the investigation, she remembers experiencing a level of frustration with the investigators, saying, "I was looking at the lady, and the whole time I was thinking, you could be helping so many kids right now and you're wasting your time with a child who has everything that they need."

That said, amidst all the bad press, Jada says it ended up being a formative learning experience for them as a family.

Watch Willow, Jada, and Adrienne talk about the incident, below.