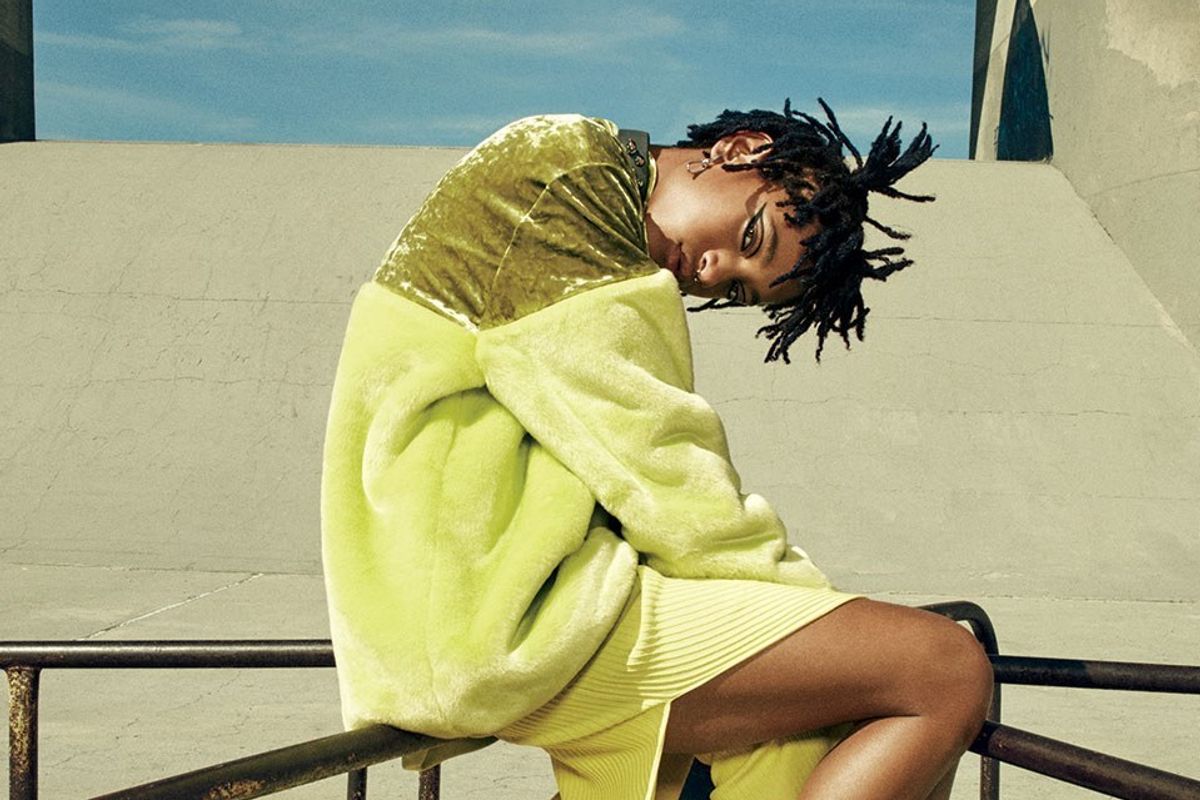 Willow Smith Asks Siri to Define Her (Or, at Least, "Artisan")

Whenever one of the Smith children graces Planet Earth with their presence, it's always an event. This month we're visited by Willow, in the form of a cover story in Teen Vogue, and while her interview might not be quite the master-class in abstract philosophies as the one the astral-projection known as Jaden Smith gave to GQ, she still manages to get some good metaphysical quips off. Here, some highlights:

On the Smith siblings' special connection.
"We're like binary stars, like two parts of one thing. I know what he's thinking at all times. And he knows what I'm thinking. We're not identical twins, but it feels like that in a lot of ways."

She's found the path to the true Willow, after the massive success of "Whip My Hair."
"All of this crap was going on in my life, and I had to sit down and say, 'Who are you? On a real note. Are you this or this?' During that time of figuring it out, I was lost and super insecure. But then I stopped trying to find myself in these other inanimate objects, people, and ideas. I realized it isn't about finding yourself—it's about creating yourself."

When she can't define herself, she gets Siri to do it.
"I see myself as a—hold on, let me ask Siri. 'Siri, define artisan.' Per Apple's disembodied personal assistant, Willow was told that's "a worker in a skilled trade, especially one that involves making things by hand." "Ah, OK, yes! I call myself an artisan."

Her fashion rules are very simple to follow.
"I have some cool shoes on and I wear crazy eyeliner, but it's really all about emulating the colors you feel inside."

Willow's plans for the future are to keep on keeping on (shifting paradigms).
"It is so beautiful. I'm coming into a new part of my life that is completely unknown, and I'm jumping right in. All I can do from here is continue to shift paradigms and continue to push the envelope further and further. But I am doing it every day just by being myself."