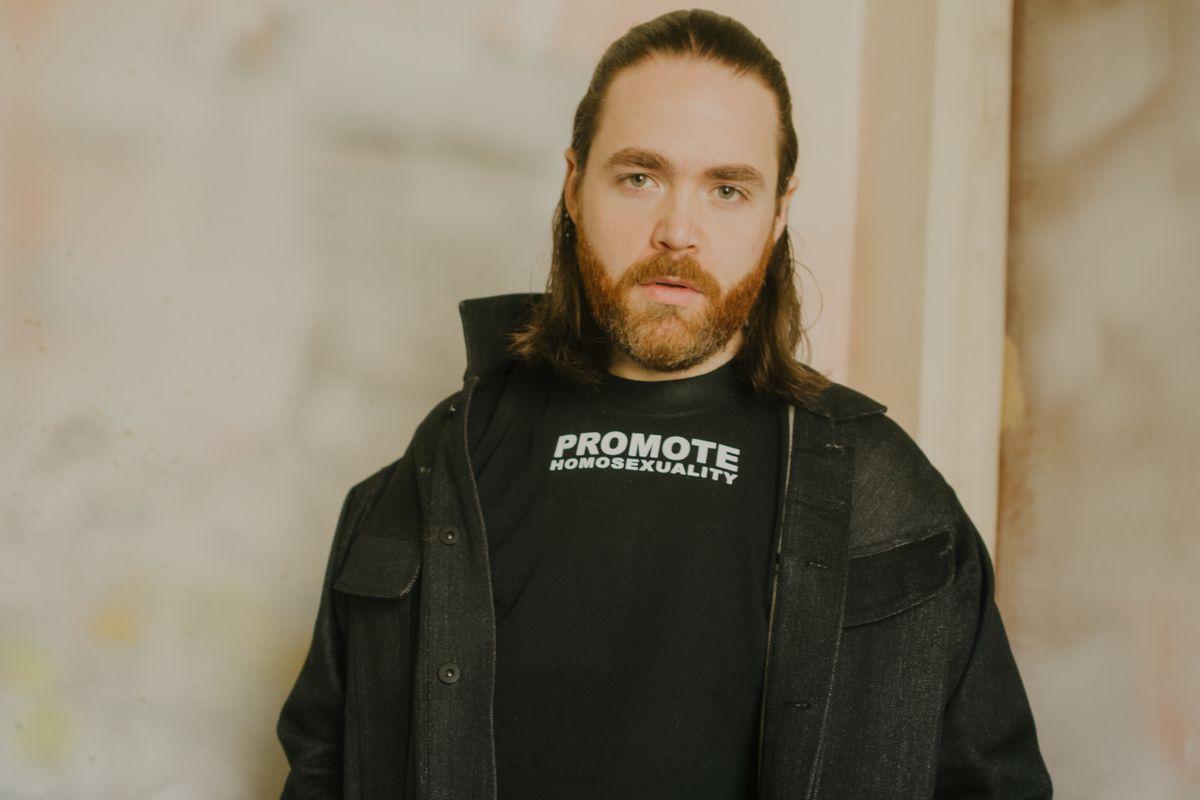 It is often said that in times of political strife, artists are called to resist and push back against oppression. Brooklyn artist and designer Willie Norris is one of many answering the call to buck status quos of Trumpian hatred and discrimination.

Over the past few years, Norris has pushed an unapologetically pro-queer streetwear aesthetic forward — or "gay agenda," if you will — via unisex tees and merch from his eponymous line, WILLIENORRISWORKSHOP. Now, Norris has launched a Kickstarter campaign called #PROMOTEHOMOSEXUALITY, currently up through May 12, to fund his inaugural runway show planned for June 13 at La Mama Galleria, located in the NoHo area of downtown Manhattan. The goal is $7,500.

Appropriately, Norris' motto is "queer entrepreneurship as a means of defense." His shirts incorporate all-caps, cheeky statements artfully displayed in simple text and clean lines. They function as provocative conversation starters, meant to both encourage self-awareness and reinforce the individual and collective power of the wearer.

As a queer person, I've worn several of Norris' shirts, and they definitely help me feel affirmed in my identity, daring, and virtually unable to be fucked with. A few past and present examples include: "Fuck Me Hard or Love Me Tender, Whatever, Just Do It," a sexuality play on Nike's ubiquitous slogan; "Tough Sissy Girl," which shatters the binary, period; and "What Exactly Is Heterosexuality and What Causes It?" which smartly flips common anti-gay Christian rhetoric on its head.

More details about Norris' upcoming show will emerge over the next few months, but he tells PAPER that it will be "a collection of denim, T-shirts and accessories through a queer lens: Queer clothes for queer bodies by a queer designer." Incentives for donating include obtaining your own WILLIENORRISWORKSHOP goods, such as shirts with the words "Promote Homosexuality."

Norris says that to commemorate the month-long campaign, he is working with a group of collaborators to get their artistic interpretation of the "Promote Homosexuality" tee. "I have started lovingly referring to it as 'queer propaganda' looks through their artistic lens," he says. "I am calling this collective project '#30DAYSOFGAY.' As of now, I have over 30 collaborators who are creating content for this campaign."