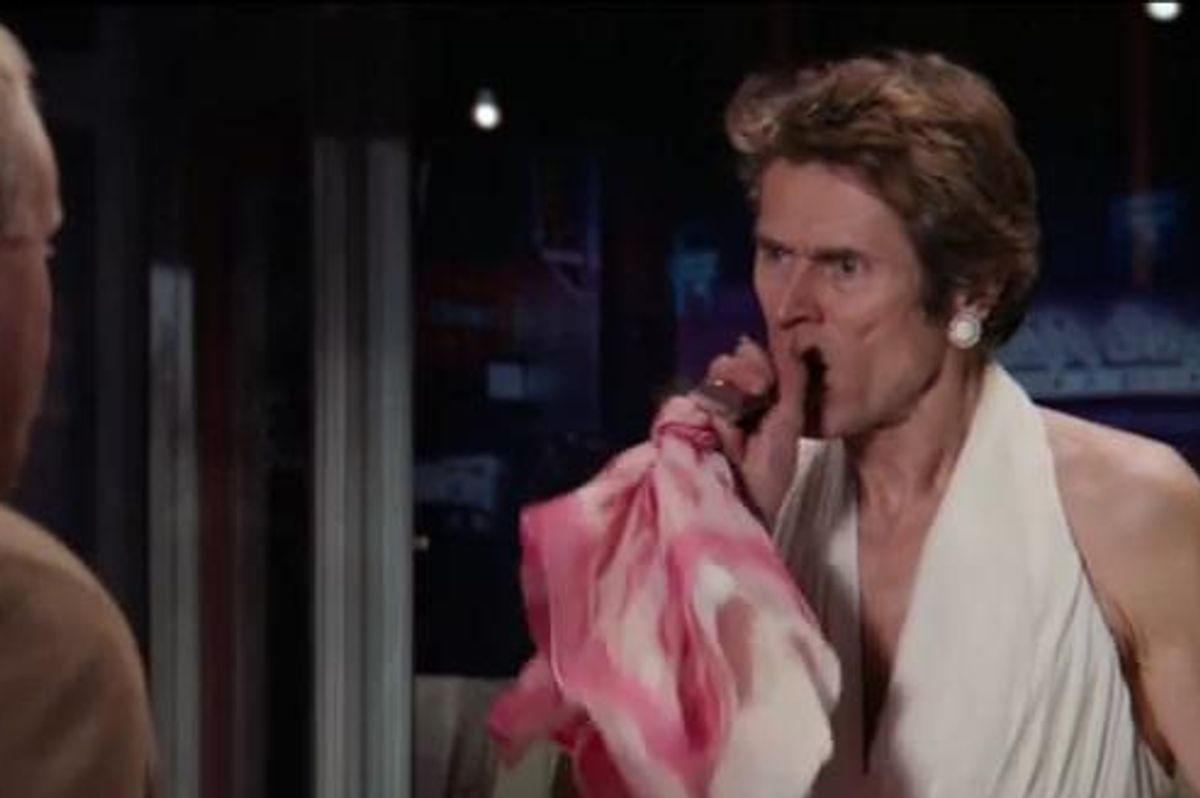 Ahead of the Super Bowl this Sunday, SNICKERS has offered up its entry for the big event, for their 'celebrity series'; veiny genius Willem Dafeo reenacts Marilyn Monroe's beyond-iconic, wind-blown moment from The Seven Year Itch.

In the ad, Maril-em (Dafeo) is shooting the "subway grate wind gust" scene in her white, William Travilla-made dress, and is feeling LESS THAN enthused about the necessity of the shot (most likely how the real Marilyn felt, as well)

"This is a disaster!" Willem yells. "Who's the genius who puts a girl in heels on a subway grate?"

Suddenly a P.A. hands her a SNICKERS, saying, "You get a little cranky when you're hungry."

After taking a bite, Marilyn transforms back into her vixen self (using actual, superimposed footage of her), saying, "Much better!" in her standard-breathy coo...

....and joyously allows the wind beneath her to ripple through her frock.

There's even a cameo by the legendary Eugene Levy, who plays the guy manning the wind turbine below Ms. Monroe.

"This scene will never make the cut!" He says.