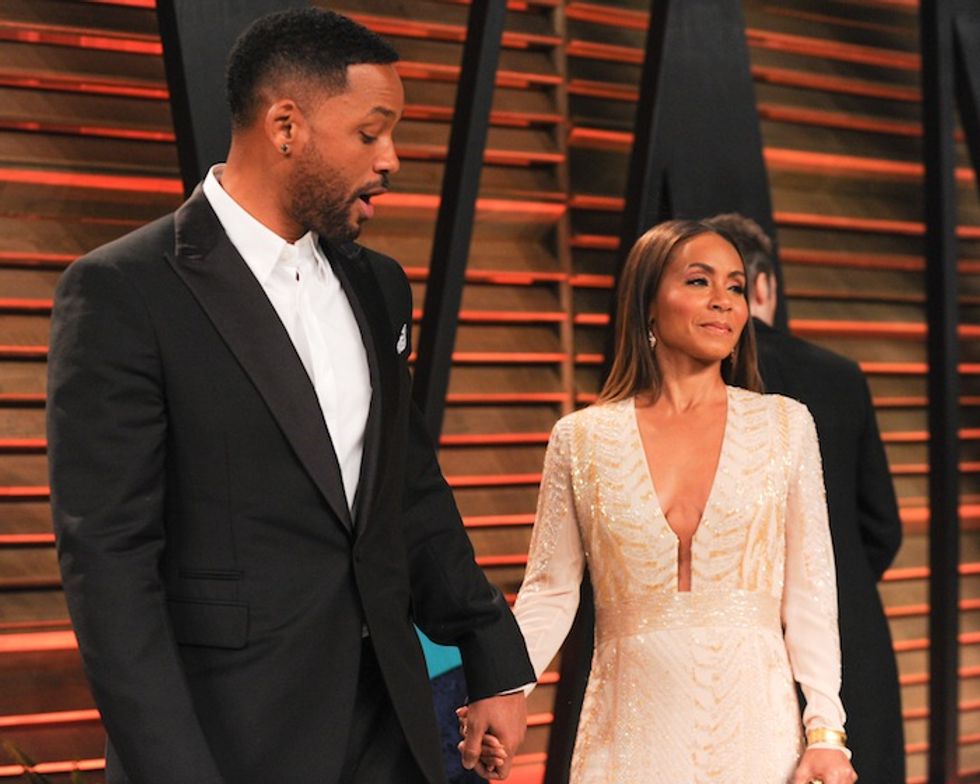 By Sandra Song
PAPERMAG
photo by Billy Farrell/BFA
[Update 08/04/15, 11:00 a.m.: Apparently Will took to his Facebook page last night to dispel the rumors surrounding him and his Queen, saying if he ever was he'd tell it himself. Oh and "#Dumb People Should Have To Wear Scarlet D's" too.]

Under normal circumstances, I don't usually respond to foolishness. (Because it's contagious) But, so many people have...

Standard-bearing celebrity couple and the foundation of America's favorite family Will Smith and Jada Pinkett Smith are rumored to be officially divorcing by the end of the summer after 17 years of marriage.
According to RadarOnline, the couple have worked out a confidential settlement with provisions for their prodigious offspring Jaden and Willow, as well as their $240 million fortune -- though it's not much of a surprise to those who have been following the tabloids, as Will stated in an interview earlier this year that his marriage had, well, "died."
Dude, I'm so sad I can't even type out a "Gettin' Jiggy Wit It" joke. R.I.P. all notions of true love. :(
[h/t Jezebel]
From Your Site Articles
You May Also Like
Art

Put This Pink Fuzzy Blow-Up Toilet in Your Dining Room