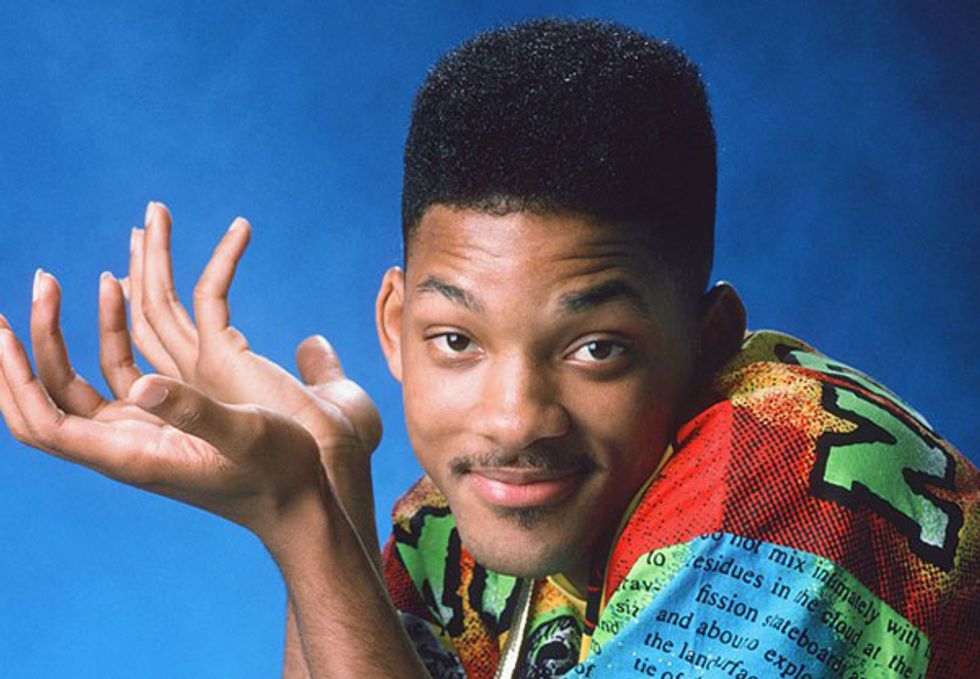 by Eric Thurm
PAPERMAG
TVLine just broke the news -- a couple of TV producers who are up to no good have started making trouble in their old neighborhood.

It's a little premature to get all excited about the possibility of a new Fresh Prince, since it's just a project that doesn't have a network or anything. (Though Will Smith's clout is substantial enough that you have to imagine he'll at least get some pretty good meetings.) Still, it would fit neatly into the recent trend of '90s pop culture returning to haunt us, from Netflix's Fuller House to the new Coach series to the X-Files comeback, so it will probably happen.

But is it a good idea? With Will Smith and his team producing, it's kind of a gamble -- his company, Overbrook, did last year's Annie remake, but it also made After Earth -- so maybe this beloved show should just stay buried. The updated series could be fun, but it probably won't be terribly fresh. (Unless it stars Jaden, of course.)