Will Sasso Gets Us Laughing In Six Seconds or Less 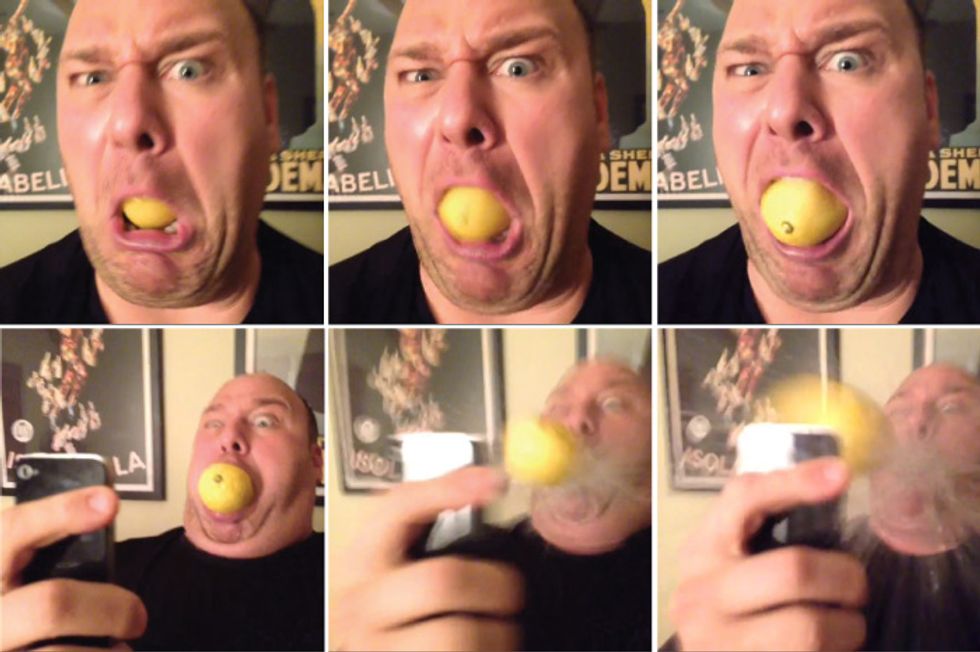 Stills from Will Sasso's Vine videos
"I'm the actor that played the good guy's friend in that thing," reads Will Sasso's Twitter bio. Though the Mad TV alum's career has mostly been composed of bit parts, he's become one of the bigger breakout stars of Twitter video app, Vine. Sasso, who played Curly in last year's Three Stooges remake, uses the app's six-second looping video format to showcase his talent for physical humor and slapstick; posting videos of himself vomiting up whole lemons, impersonating Robert De Niro, Hulk Hogan and Arnold Schwarzenegger and creating characters like the Internet bully, Corey -- all of which has won him over 150,000 followers. "I think what I came to discover for myself was that I have a bunch of dumb ideas that don't fit anywhere else," he says.

Sasso tweets once or twice a day, either to "share something or to make a dick joke," and signed up for Vine just a week after it debuted in late January. "I would call myself tech-savvy in some ways," says Sasso, who also spearheads a podcast called Ten Minute Podcast with two friends, comedians Chris D'Elia and Bryan Callen. "Other times, I'll look at some technologies and go, 'That's bad technology.' I went through my whole teens never having a CD player, just literally thinking, 'This is not going to catch on.'"

Though he can't say if Vine will ever be as popular as its parent company Twitter, he says that as an actor he feels a responsibility to keep the entertainment bar high, even if it's only for six seconds. "In a way I think, 'Oh geez, I'm already an actor. I get to be in TV shows and movies and now here I am bogarting Vine'," he says one night after a recording session for his upcoming animated Fox series Murder Police. "So if I make a Vine it has to be sort of specific to what I think people would like to see from me. When a bunch of kids enjoy a video of you spitting up a fucking lemon then don't be a prick and say, 'Well now that I've got your attention I really want you to check out this peach cobbler.' Just being there is not interesting enough," he says. "There might be some weirdos who are like, 'Oh I'll watch you do anything,' but you don't want to feed those weirdos."