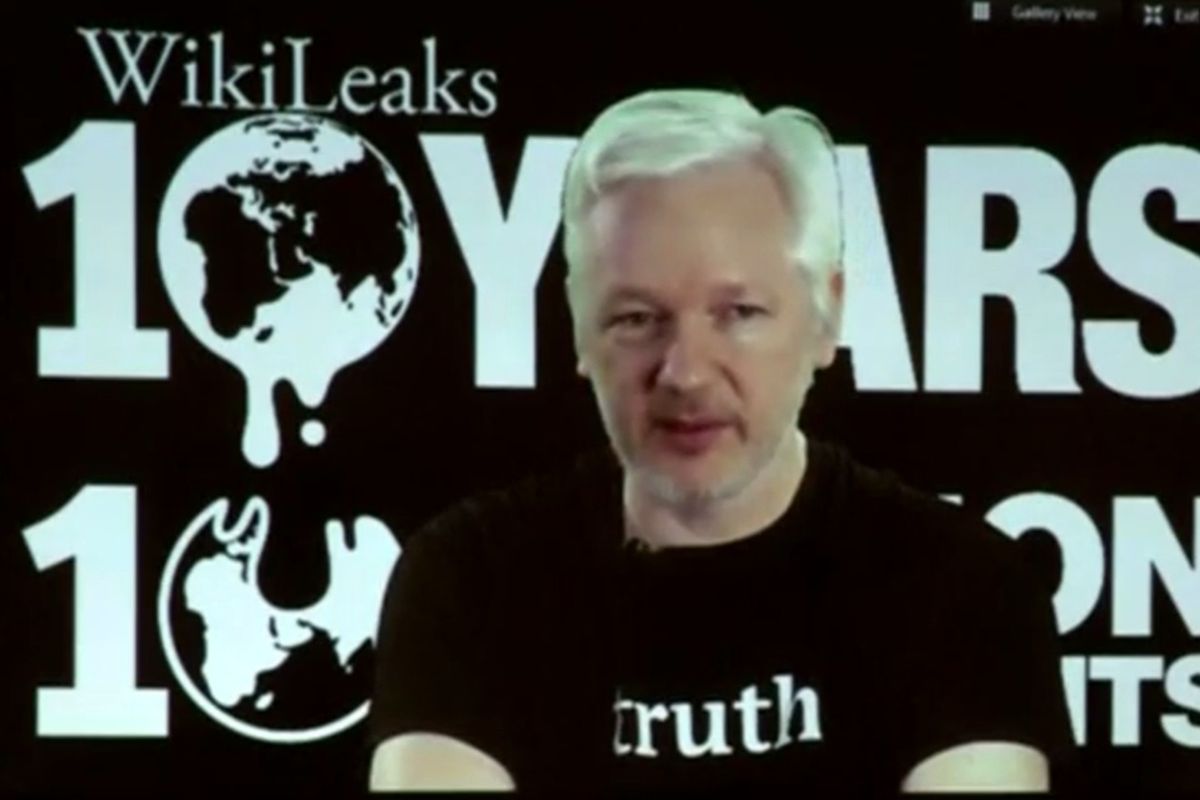 Julian Assange Promises Release Of One Million Documents Before The Election

Julian Assange, the Wikileaks founder/ silver-maned Bond villain/ Jonathan Franzen character/ Phantom of the Opera of London's Ecuadorian embassy who literally wears shirts that say 'truth' announced in a video press conference this morning that Wikileaks intends to publish one million documents related to the US election and three governments in the coming weeks.

Batten down the hatches, it's October Surprise season, baby! Ever since Wikileaks published a cache of damning DNC emails earlier this year that revealed the DNC's efforts to undermine Bernie Sanders' campaign (as well as the bombshell that Ariana Grande was banned from the White House for her donut crimes), Julian Assange has been promising that he has Hillary dirt that could alter the election result. Conservatives were hoping that Assange would spill the beans at this morning's press conference, and former Trump strategist/ current hobgoblin Roger Stone even tweeted that Hillary Clinton would be "done."

But... it didn't really work out that way. Assange said this morning that WikiLeaks is not targeting Clinton:

"There's been a lot of misquoting of me and WikiLeaks publications. In this particular case, the misquoting has to do with that we intend, or I intend, to harm Hillary Clinton or that I don't like Hillary Clinton. All those are false. They come about as a result it seems of this campaign and those who are trying to personalize our publications."

Assange announced that WikiLeaks plans to release the first batch of documents this week, but for Trump stans hoping for a gamechanger after their candidate's embarrassing debate performance and the NYT's revelation that he likely hasn't paid his income taxes since 1995, he may as well have just canceled Christmas.

Nobody was as sad as InfoWars' resident screaming boil, Alex Jones, who said the only October surprise was that Assange was a Hillary Clinton "butt plug." Dear God.

It's gonna be a long month and a half.