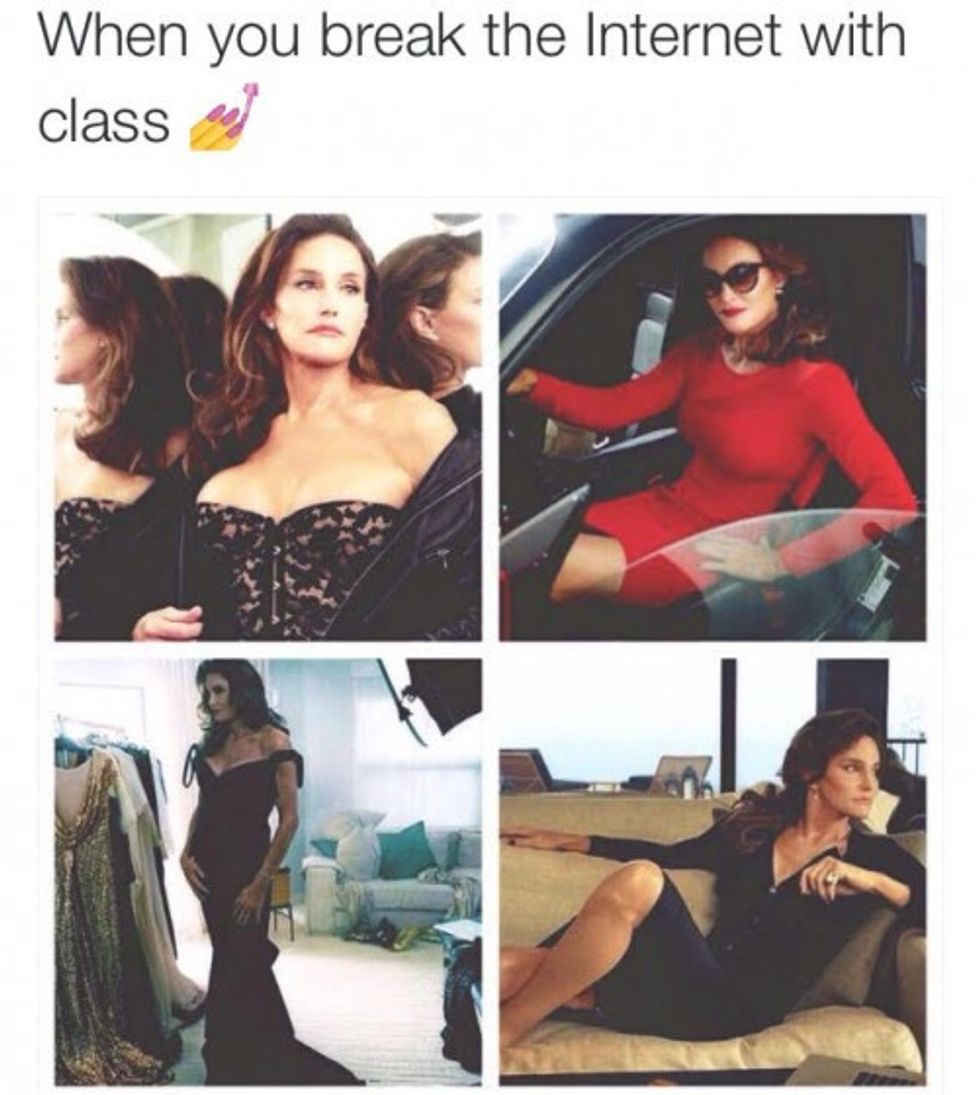 Why Your Caitlyn Jenner Memes Are Awful

By Sandra Song
PAPERMAG
So we may be a little biased when it comes to this new Caitlyn Jenner #BreakTheInternet cover parody, but does this joke seem just a tad ... off?

The undertone of the parody cover is that Caitlyn, whose Vanity Fair cover was released the day after news about Kimye's second child broke, is not one to be championed for her bravery but for usurping Kim's position as the definitive Kardashian to care about. A sentiment further bolstered by the misspelling of Jenner's name, which makes it pretty obvious that the creator was more invested in the lulz than commending Jenner.

And then we get images like:
And it's not just a few dumb memes that have gone viral on Instagram that's the problem here. Sneaky, sexist commentary has been accompanying much of the Caitlyn Jenner media coverage thus far. It's something so icky that even Jon Stewart had to say something last night.
You May Also Like
Famous People