Why Some People Are Already Unhappy With Jay Z's TIDAL 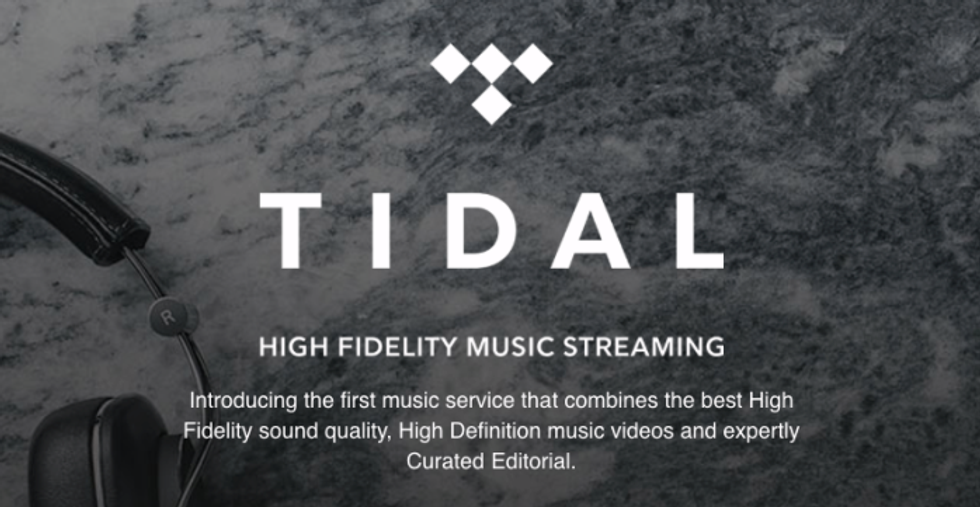 If you watched HBO's Going Clear documentary about Scientology last night then, like myself, you are paranoid about everything in the entire world right now and trust no one. So when I saw my favorite celebrities including Rihanna, Kanye West, JAY Z, Beyonce, Usher and many other potential illuminati candidates all simultaneously change their twitter pictures last night to the same teal color and tweet the mysterious hashtag #TIDALforALL, I immediately began to prepare for the end of the world. So did the rest of Twitter.

A visit to the blank TIDAL homepage last night gave you two options for service subscription. One for $9.99 and one for $19.99. (Why we are still hellbent on subtracting that extra penny is beyond me, but so it goes.)

But what did it mean? After this evening's press conference and early online reports, we know TIDAL is JAY Z's (second?) attempt at a music streaming service. Why we need another service -- even if this one promises higher quality audio streaming -- is beyond me. I personally don't use Spotify, I've been a last.fm subscriber since 2007 and other than their switch to streaming YouTube videos, don't have too many complaints. Since I left the Church of ScientoncÃ© and stopped listening to Top 40 music I haven't been too concerned with massive mainstream music platform services. I still use old fashioned blogs and Tumblr and good ole' Soundcloud to find new bands and artists.

There are still a lot more affordable streaming options out there, so how do you get people to subscribe to yours if you're JAY Z? You tell your friends Rihanna and Kanye and Nicki Minaj and your wife BeyoncÃ© that they no longer have to wait to get their cut from iTunes and Spotify, they can get paid directly from their fans' hard-earned $20 monthly (sorry, $19.99) subscriptions. And people aren't too pleased about that.

In the spirit of music and tech, some folks have even used another new app -- Ditty -- to create their own reaction to TIDAL, in song: